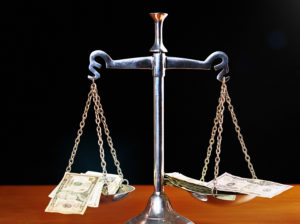 Governmental Committee Chairman Darrell Amberson (LaMettry’s Collision) and Capital Collision Center owner Bruce Halcro agreed that the clauses extended beyond rates. Amberson said they might demand a comparable canned price as that given another insurer.

“It isn’t just strictly rates,” Halcro agreed. Carriers also can demand the same costs for operations like alignment, sublets and scans, he said.

“Scans seem to be a hot-button today with a lot of ’em,” Halcro said.

Amberson also said that not all of LaMettry’s shops might be on a DRP. But all its locations are still required under one most favored nation clause to give the insurer the same price, he said.

The duo said not all insurers use most favored nation clauses. Those that do might not make the language open to negotiation, according to Amberson.

Halcro said the language certainly helps the insurer who executed it, but it ties a repairer’s hands to negotiate differently with other insurers, and Amberson agreed. The clauses also might restrict a repairer’s ability to cut a deal with a vendor tied in with a particular insurer, according to Amberson.

Amberson said a repairer can run into a situation where an insurer asks for a particular concession and the shop is blocked from doing so by the most favored nation clause. (The implication seemed to be that the shop couldn’t afford the loss of extending the concession beyond that insurer to the degree required by most favored nation.)

A shop might refuse to join another insurer’s direct repair program because the repairer can’t afford to give that concession, Amberson said. This in turn affects that carrier’s customers’ ability to have a DRP experience at the shop, he said.

Halcro said customers might also have to cover the difference between the most favored nation concession and what a repairer charges.

Attorney Stephen Bolerjack observed that such clauses, also known as “price parity,” focus on price but ignore the unique conditions existing between a seller and a buyer of services. For example, one business partner might deserve a discount because the company sends over a significant amount of business, according to Bolerjack — would the party requesting price parity be willing to provide that volume? 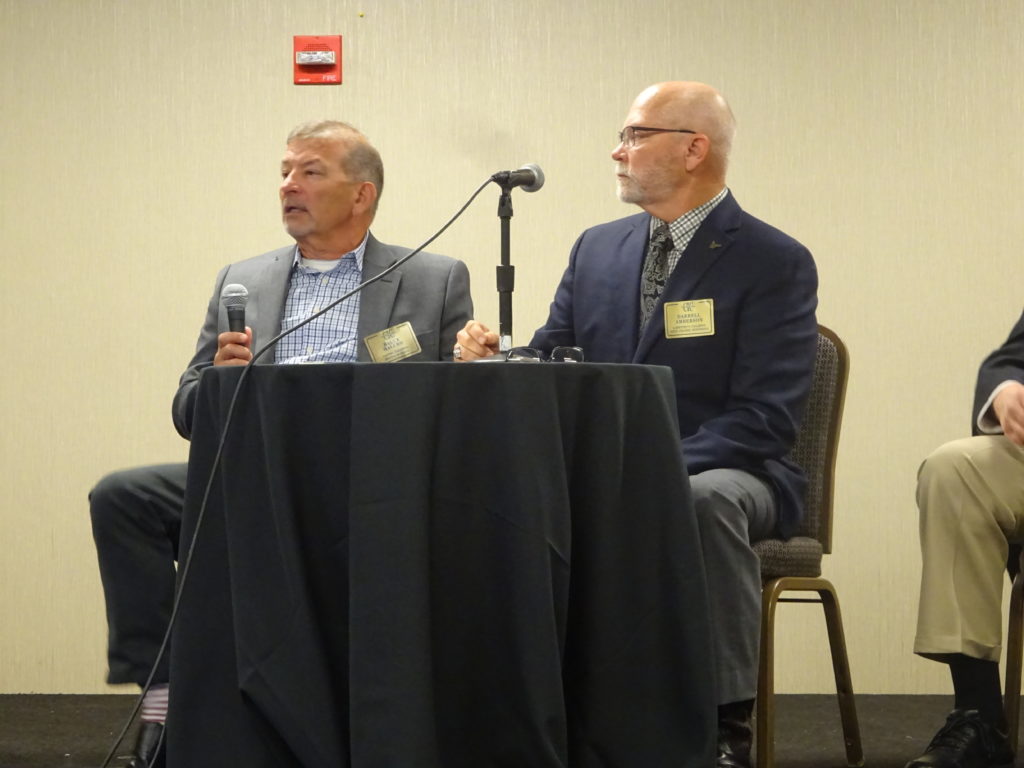 AkzoNobel senior services group consultant Tim Ronak made a similar point in a question from the audience: A repairer might enter into a direct repair program agreement with one distasteful element but the rest of the deal made the agreement worth it. Another insurer who wants the same thing might not necessarily deserve it.

Ronak noted that a particular concession might not even be a constant and only really be relevant to one insurer. He gave the example of a CSI score falling below a certain level, which triggers a provision in the DRP contract that the shop pay the insurer a penalty check.

The most favored nation agreement from another insurer might not recognize the performance element here — the carrier wants to automatically receive the same discount.

If the second insurer saw a similar CSI reduction, “then maybe there would be a consequence” warranted, he said, but he questioned the idea of receiving it otherwise.

Most favored nation clauses also can restrict a shop from reacting quickly to business conditions.

Insurers in the past used to let local personnel adjust labor rates, and a rate change could spread throughout all the DRP carriers in maybe three months or so, Amberson said.

Now, the decisions are strictly made at the corporate or regional levels, and it takes a lot longer, he said.

Shops can’t request a higher rate from a most favored nation carrier until it gets the other carriers on board, according to Amberson. With the lack of local insurer authority and this price parity requirement, it might take a year or more to secure the necessary approval to get that rate change, he said.
is it something that matters

“It actually hurts your income,” he said.

In one instance, the largest company in the area had already approved a higher rate, Amberson said. But “we couldn’t charge that to ’em” until the last insurer moved on rates.

“It delays that process,” Halcro said.

Asked about the importance of the issue, Amberson said it might not rank as high as OEM procedures.

Not just a collision repair issue

Bolerjack during the CIC session also discussed examples of the issue arising in health insurance and other industries.

The Department of Justice in 2010 sued Blue Cross Blue Shield of Michigan, which had a 60 percent market share in the state, over a most-favored-nation clause, according to Bolerjack and the agency. The feds dropped the matter in 2013 after the Michigan Legislature passed legislation prohibiting health insurers from using such clauses, according to the DOJ and Bolerjack. 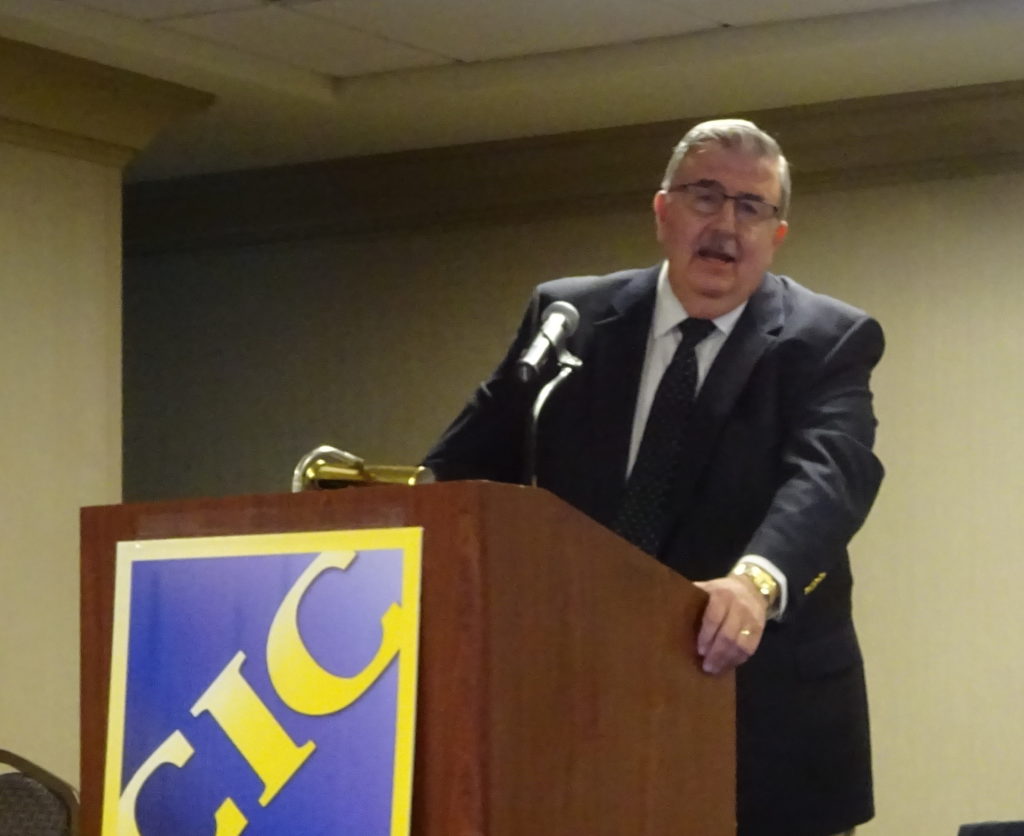 “The department said that the MFNs require a hospital either to charge BCBSM no more than it charges BCBSM’s competitors, or to charge the competitors a specified percentage more than it charges BCBSM, in some cases between 30 and 40 percent,” the Department of Justice wrote in 2010. “The complaint alleges that BCBSM’s use of MFN provisions has reduced competition in the sale of health insurance in Michigan by raising hospital costs to BCBSM’s competitors, which discourages other health insurers from entering into or expanding within markets throughout Michigan. The complaint further alleges that BCBSM agreed to raise the prices that it pays certain hospitals to obtain the MFNs, thus buying protection from competition by increasing its own costs.”

Bolerjack called the charge-my-competitors-more clause an example of “most favored nation-plus.”

(4) As used in this section, “most favored nation clause” means a clause that does any of the following:

(b) Requires, or grants a contracting insurer or health maintenance organization an option to require, a provider to accept a lower payment or reimbursement rate if the provider agrees to provide health care services to any other party at a lower rate than the payment or reimbursement rate specified in the contract with the insurer or health maintenance organization.

(c) Requires, or grants a contracting insurer or health maintenance organization an option to require, termination or renegotiation of an existing provider contract if a provider agrees to provide health care services to any other party at a lower rate than the payment or reimbursement rate specified in the contract with the insurer or health maintenance organization.

Most favored nation issues fell out of the headlines in 2014 but recently reappeared, Bolerjack said. He mentioned U.S. Sen. Richard Blumenthal, D-Conn., who in December 2018 wrote to the Department of Justice about Amazon contracts mostly requiring third-party merchants to match prices of other sales channels. He urged a federal investigation. The Verge in March reported Amazon had dropped that element of its contracts.

Bolerjack said economists report that while it might be argued, “‘It’s just price parity,'” economists find the practice tends to increase prices. Blumenthal raised that point as well, citing work published in the Yale Law Journal and the University of Chicago’s Journal of Law and Economics.

Amazon’s price parity provisions may raise prices for consumers both in the short term and in the long run. In the short term, these clauses prohibit third-party merchants who sell on online marketplaces with lower transaction fees from passing on any savings to consumers. For example, if a competitor to Amazon charges lower commission fees to third-party merchants operating on its site, Amazon’s price parity provision will prohibit sellers from reducing their prices to reflect the lower cost of selling through Amazon’s competitor. In the long run, these provisions may permit Amazon to steadily raise the transaction fees it charges third-party merchants, secure in the knowledge that sellers will either have to accept the higher fees or charge all its online customers higher prices across all sales channels.

Relatedly, Amazon’s price parity provisions may work to block the emergence of more efficient online marketplaces that might offer consumers lower prices on their favorite goods. In order to compete with Amazon and attract third-party sellers to its site, another online marketplace might wish to offer reduced transaction fees to third-party merchants selling through online sales channels. One advantage of this market strategy would be to enable third-party merchants to drop their prices for consumers who visit the site, which should attract additional consumers to the site over time. However, because third-party merchants are barred by Amazon’s price parity provision from passing on savings from reduced transactions costs to consumers, Amazon’s potential competitors may be hamstrung in their efforts to induce sellers to offer consumers a better price. This lack of competition puts additional upward pressure on prices.

Ronak said that a shop whose concession prevent it from making its margin in one avenue of a repair might raise prices somewhere else to compensate.