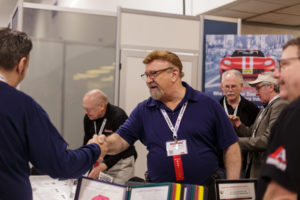 The Alliance of Automotive Service Providers of New Jersey on Monday announced it had established a legal fund aimed at helping auto body shops with litigation that could establish helpful case law.

Though its name suggests cases in which collision repairers have been sued, Executive Director Charles Bryant said the Legal Defense Fund was for “any type of litigation,” not just instances where shops are defendants. AASP-New Jersey’s news release Monday said the association’s board would make allocation decisions based on “if such legal proceedings stand to result in favorable industry decisions, or will in some way positively affect or advance the automotive repair industry.”

Bryant, who for years has run a hotline connecting repairers with case and state law relevant to their particular issues, said he’s never see things as bad as today. Insurers are flat-out “refusing to pay for things” that are required, he said.

Adjusters are providing estimates and declaring, “‘That’s what we’re paying,'” without any negotiation, Bryant said.

This is contrary to New Jersey Administrative Code 11:3-10.3, which states: “Negotiations must be conducted in good faith, with the basic goal of promptly arriving at an agreed price. Early in negotiations, the insurer must inform and confirm in writing to the insured or the insured’s designated representative all deductions that will be made from the agreed price, including the amount of applicable deductible.” (Another portion of the 11:3-10.3 gives the insurer an option of recommending a shop that will do the work for the price the insurer says, but that shop must give a written guarantee “that any work performed in repairing damaged vehicles meets generally accepted standards for safe and proper repairs” and the carrier still has to “make all reasonable efforts to obtain an agreed price with the facility selected by the insured.”)

“They’re not negotiating,” he said. Instead, insurers are “just dictating.”

Hence the legal fund, which could produce the kind of case law a shop could use to counter that resistance.

Bryant also described a New Jersey Department of Business and Insurance which responds to complaints with, “‘we can’t help you,'” and has reversed 30 years of precedent by ceasing to accept direct complaints by auto body shops.

“The department allows auto body shops to file a complaint with the department and that process remains unchanged,” a DOBI spokesperson wrote in an email when contacted for a response to Bryant’s comments.

“The department takes complaints seriously and urges consumers and business entities who have complaints or inquiries about any banking, insurance or real estate matter to contact the department by phone at 1-800-446-7467 or online at: https://www.state.nj.us/dobi/consumer.htm.”

Bryant said litigation is under way right now, but “some of the shops just need some help.”

Bryant said litigation in New Jersey often takes the form of shops acting as the consumer, suing the insurer after executing an assignment of benefits. Sometimes, insurers will sue a shop to establish a precedent, he said.

Lawsuits can be expensive, and it seems possible that one case would deplete the fund. Asked about this, Bryant agreed and described it as a reason for publicizing the fund to donors this month. However, he said AASP-NJ wasn’t looking to bankroll an entire case with the fund, just provide some financial help during the process.

AASP-NJ members seeking to use the fund must provide copies of documents from the case so the trade group can share them with other members. Asked if donors from other states could also receive copies in exchange for their contributions, Bryant said AASP-NJ’s resources are typically for members, but “I share things with people” across the country when contacted. He also pointed out that case law would be New Jersey-specific.