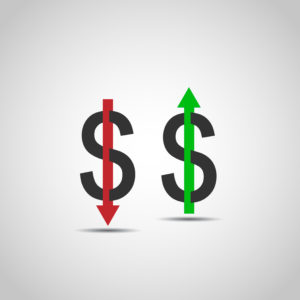 If your auto body shop tries to capture profitability after a repair is complete, it’s too late, according to Axalta North American strategic accounts manager Steve Trapp.

Trapp said he sees collision repairers attempting tactics like trying to do “creative accounting” on a Saturday to make a repair profitable.

Or instead of risking a backlash over a supplement, the repairer just eats their additional costs, he said.

“They think that’s a form of marketing,” Trapp said.

Both practices make life harder for the 90 percent of shops doing it right, he said.

A repairer’s profitability should have been determined and managed before the vehicle leaves, Trapp said.

The shop should be able to calculate the profitability of the repair at the time of the estimate and reapir plan and check 12 hours to a day before the delivery date to ensure the repair has met that financial objective, he said.

Profitability could be calculated at the time the estimate is written, according to Trapp.

Trapp will teach collision repairers how to calculate and improve their profitability at “Make more money: Improve overall gross profit,” 3:30-5 p.m. Monday, Nov. 4, during SCRS’ Repairer Driven Education SEMA series. He called the class “very practical” and gave us a look at some of its lessons on Monday.

Trapp said “its not uncommon” for a shop’s gross profit to be as low as 37-39 percent when Axalta beings working with them, and it’s “very reasonable” to push that gross profit up to 44-46 percent.

Asked if one particular department tends to trip up the industry, Trapp said it truly varied by shop. The course will teach repairers how to calculate a weighted average based on department gross profit, according to Trapp.

However, he did note that labor probably mattered the most, as it represented 50 percent of sales.

“We will be reviewing the basic formula and then going into process enhancements to drive improved overall gross profit per department,” a description for Trapp’s course states. “We will use a model financial statement and ask them to assess what the shop might be able to do with a manual worksheet they can take home and fill in for themselves compared to an industry standard.”

Trapp said the solution was a matter of “being disciplined” rather than a single earth-shattering idea being the answer, he said.

“There’s no one silver bullet,” he said. He said the course would teach a variety of “little tricks.”

For example, it might be more convenient for an estimator to click to replace a part, according to Trapp. However, if the part could be repaired “safely and properly” in conjunction with OEM procedures, then writing to repair might be the right move, he said.

Trapp also pointed out that a repair operation could begin immediately, while a part replacement would need to wait for the component to arrive. He also noted the administrative burden that could arise if the part were to be returned.

Trapp also during the interview mentioned examples like understanding the distinction between price-matching and cost-matching and the difference to the bottom line if a detailer performs an operation instead of a body technician.

The shop can calculate the profitability of the work at the time of the estimate and full repair plan, and they should do so again in what Trapp called a pre-closing 12 hours to a day before the vehicle leaves. However, he pointed out that since the repair plan ought to be the “final plan,” the pre-closing could technically be done immediately after it.

If a repairer executes the repair plan as anticipated — for example, buying parts at the negotiated rate expected by the estimator — “you should know the profitability of that job” immediately.

The pre-closing is meant to capture items that changed during the course of the repair and supplement accordingly, according to Trapp. He illustrated this with the following example:

The estimator writes a sheet with 5 hours of paint time anticipating 2 ounces of materials, for 10 ounces. If the painter checks the paint scale at the end of the job and sees 20 ounces were used, either the painter mismatched the color or the estimator underestimated the paint time. If the painter documented the additional labor that consumed that material, the shop can file a supplement and justify the work — thereby preserving their profitability.

“We need to provide justification,” Trapp said. Documenting the work will get the repairer paid; otherwise, “you’re just asking for money,” he said.

Sign up for Trapp’s Nov. 4 class for $75 during early registration, or get access to both events and everything else that week by purchasing the $375 full series pass. The latter lets you into any Monday, Nov. 4-Wednesday, Nov. 6 Repairer Driven Education course, the three-part OEM Collision Repair Technology Summit and the Sky Villa afterparty on Thursday, Nov. 7, and IDEAS Collide on Friday the 8th. Learn more at www.scrs.com/rde.