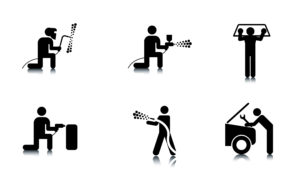 Though it’s a “great first step,” a repairer merely deciding to pull and use OEM procedures doesn’t ensure a correct collision repair, a post-repair inspector said.

Auto Damage Experts national operations director David Smith estimated only about as much as 25 percent of the industry even knew OEM repair procedures existed; however, only about 5 percent of those were actually following them correctly.

Smith will teach repairers processes to avoid such pitfalls at “Completing ‘Thorough and Workmanlike’ repairs,” scheduled for 12:30-2:30 p.m. Tuesday, Nov. 5 during SEMA as part of SCRS’ Repairer Driven Education series.

He felt that the repairers who would attend his class were “not the real problem,” given that they were making an effort by being there.

But he said even “dialed in” repairers have room to improve.

Smith said the shops that are more savvy about repair procedures still tend to have problems implementing systems consistently. Are those instructions being upheld by the estimator, the parts staffer, body tech and the painter, through quality control and delivery?

Reading OEM repair procedures “takes practice,” Smith said. Repairers need to learn to interpret information from multiple OEMs and then correctly execute it on every repair, he said.

“That’s the hardest part” for the shops who are “dialed in,” he said.

He recalled that last year, one of the nation’s largest MSOs tried to persuade a consumer not to use Auto Damage Experts — which only made the consumer more interested in the post-repair inspection company. ADE found that while the shop did pull repair procedures, it was for the wrong model year. Regardless, the technician didn’t follow them anyway, and all of this was documented in photos of the repair.

Smith said that even the repairers who reference the OEM repair procedures sometimes only do so when they’re encountering a structural repair or the replacement of a weld-on panel. But there is a “litany” of things that have to be done even when just replacing a door, he said.

Smith said he reviews procedures as the benchmark during an inspection, and over and over, “the shops are failing to meet” or adhere to them.

Smith said he looks at “much less than 1 percent” of the entire industry’s repairs, perhaps 40-50 vehicles a month. He said that about 80-90 percent of the vehicles he inspects have to go back to the shop for something, most often involving a safety-related issue. About 20 percent require “significant re-repairs,” he said.

He recalled that all four of the vehicles he reinspected the prior day had one or more issues, though some may have been minor. He said it was apparent from the sectioning location on one vehicle that repair procedures had been accessed by the shop, a large MSO in the market. But the shop had failed to apply cavity wax and to follow the OEM’s instructions related to welding over the old weld.

Sign up for Smith’s Nov. 5 class individually for $85, or get access to it everything else that week by purchasing the $400 full series pass. The latter lets you into any every class Nov. 4-6, the OEM Summit and Sky Villa afterparty Nov. 7 and the IDEAS Collide Showcase on Nov. 8. Learn more at www.scrs.com/rde.

Featured image: Auto Damage Experts national operations director David Smith said the body shops who are more savvy about repair procedures still tend to have problems implementing systems consistently. Are those instructions being upheld by the estimator, the parts staffer, body tech and the painter, through quality control and delivery? (danleap/iStock)