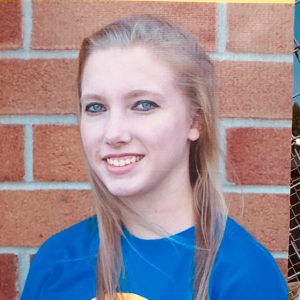 “Sam has all the admirable qualities one would want as a student or employee” McDonnell wrote in his Student of the Year nomination letter. “She is incredibly hard working and never hesitates to help her fellow classmates or myself.”

He said he thought Welch was leaning towards estimating, though “she’s still a high school kid” and that could change. But he said she was excited to discover that other opportunities existed for the skills besides traditional paint and body work.

The collision industry can meet (and try to recruit) Welch during SEMA Week at the CREF reception, scheduled for 8:30 p.m. on Tuesday, Nov. 5, at the Rennaissance Hotel. RSVP to the free event here.