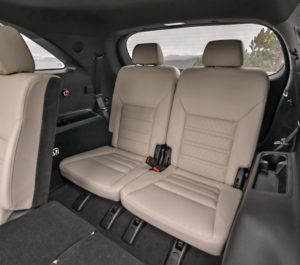 Here’s our latest monthly roundup of areas spotlighted as tip-worthy by the DEG. To receive the tips as soon as DEG releases them, like/follow the DEG’s Facebook and Twitter feeds. (It also posts videos to a YouTube channel once in a while.) Or just browse the more than 15,000 inquiries and responses in the database and see what else you learn.

The DEG in an Oct. 3 video highlighted an interesting issue related to replacing a door shell on a 2016 Subaru Outback wagon.

“When replacing the door shell mirror labor is included,” a DEG user wrote of CCC in the September inquiry featured in the video. “Assuming that you are transferring mirror from damaged door shell to new door shell. R&I time for mirror is .3 R&R time for mirror is .6 Labor to transfer signal, glass, upper & lower cover should not be included in door shell replacement.”

“We submitted this to CCC,” DEG Administrator Danny Gredinberg says on the video.

“CCC does not currently have the ability to allow only the difference of labor between R&R and R&I of the part (Mirror) when replacing the door shell,” CCC wrote. “This issue is documented with the CCC ONE Development Team.

“The build out of the mirror beyond r/i of the assembly when replacing the door shell is NOT INCLUDED and would require manual considerations.”

“This would be your manual consideration,” Gredinberg said, showing how CCC does reflect time to R&I or R&R the mirror cover, lower cover and mirror glass in its 0.6 hours.

The missing extra 0.3 hours can be added to an estimate, and the sheet in the video includes a manual 0.3 hour entry for “additional labor to build mirror.”

CCC also confirmed the following in its response:

Proposed Resolution: When tested against the most recent electronic delivery of CCC ONE Estimating, the Mirror Glass, Upper Cover and Lower Cover is not included with Front Door Shell in the database. The most current version of the database has a 09/16/2019 date. Select Estimate Properties on the Estimate tab to confirm your database version. If the version is incorrect, please contact CCC Technical Support at 800-637-8511.

Please note: The Mirror Glass, Upper Cover and Lower Cover is included with Mirror Assy, per the Labor footnote.

CCC also addressed mirror disassembly with a recent single-line operation to take apart and reassemble a mirror for painting, Gredinberg said in an Oct. 10 video tip.

Gredinberg said estimators in the past needed to select individual components to R&I or even “make manual lines” to take apart a mirror.

He said a shop might receive an OEM completely assembled and primed or already painted a different color than the vehicle. A shop might have to disassemble the component and paint it.

CCC in response to an Oct. 9 inquiry on a 2019 Honda Pilot explained the “add if required operation” of “‘R&R Mirror – dis/reassemble to refn'” had a labor time of 1.4 hours. The estimating service said this was accompanied by a note stating “‘LABOR: Time is for disassembly and reassembly for refinish purposes.'”

Gredinberg advised that the operation didn’t include anything not on the mirror. Parts such as belt moldings, window trim or trim panels removed before painting a door wouldn’t be included, he said.

“This labor is to strictly take apart the mirror for the purposes of refinishing the mirror to match the vehicle,” he said.

CCC in its response to the inquiry agreed: “The operation is available to disassemble and reassemble the Mirror Assembly for refinishing purposes only.”

Gredinberg said CCC was rolling out this operation to other vehicles. Users were welcome to submit a DEG inquiry if they didn’t see it on a particular car, “but please note that they are continously updating this product feature in CCC.”

CCC and Mitchell’s labor times are tied to a base-model vehicle, according to Gredinberg. (Audatex’s are VIN/option-driven, he explained.)

He demonstrated this detail in an Oct. 24 video tip with the Mitchell P-pages, which define a base model as “Vehicle with the minimal level of equipment available from the manufacturer.”

The tip showed how this knowledge would be necessary to properly capture work on a 2016 Kia Sorento.

Removing and replacing a quarter panel includes an R&I of the “Rear seat, according to Mitchell’s P-pages.

But the Kia Sorrento offers an option to add third-row seating. The R&R time only involves the base two-row edition — which means the “rear seat” refers to the second row.

Gredinberg showed how a user could select “Add to R&R Quarter Panel” in Mitchell and scroll down to find an option to add a third-row seat as 0.4 hours of additional labor.

“It’s really important to utilize” this option in the estimating service for the quarter panel R&R or any other chapters’ R&R times, Gredinberg said. This would allow a user to factor in any options or accessories, according to Gredinberg.

A DEG tip tweeted out Oct. 21 showed how a seeming error in an estimating service’s labor time might actually be attributable to the repairer using dated repair procedures from a third-party source.

Third-party aggregators work to keep up with the OEM official procedures they license, but it’s possible that a change to the original instructions might not immediately be reflected in the third-party reproduction. An Oct. 10 inquiry the DEG said reflected this showed an operation taking longer than Audatex allotted.

“Audatex is showing 3.1 and does not address the front differential,” a user wrote about a 2015 Lexus GX 460 steering gear/linkage R&I. “Alldata shows the time to be 16.6 hours”

Audatex said it would nearly triple the time by December — but not bump it to 16.6 hours worth of labor. 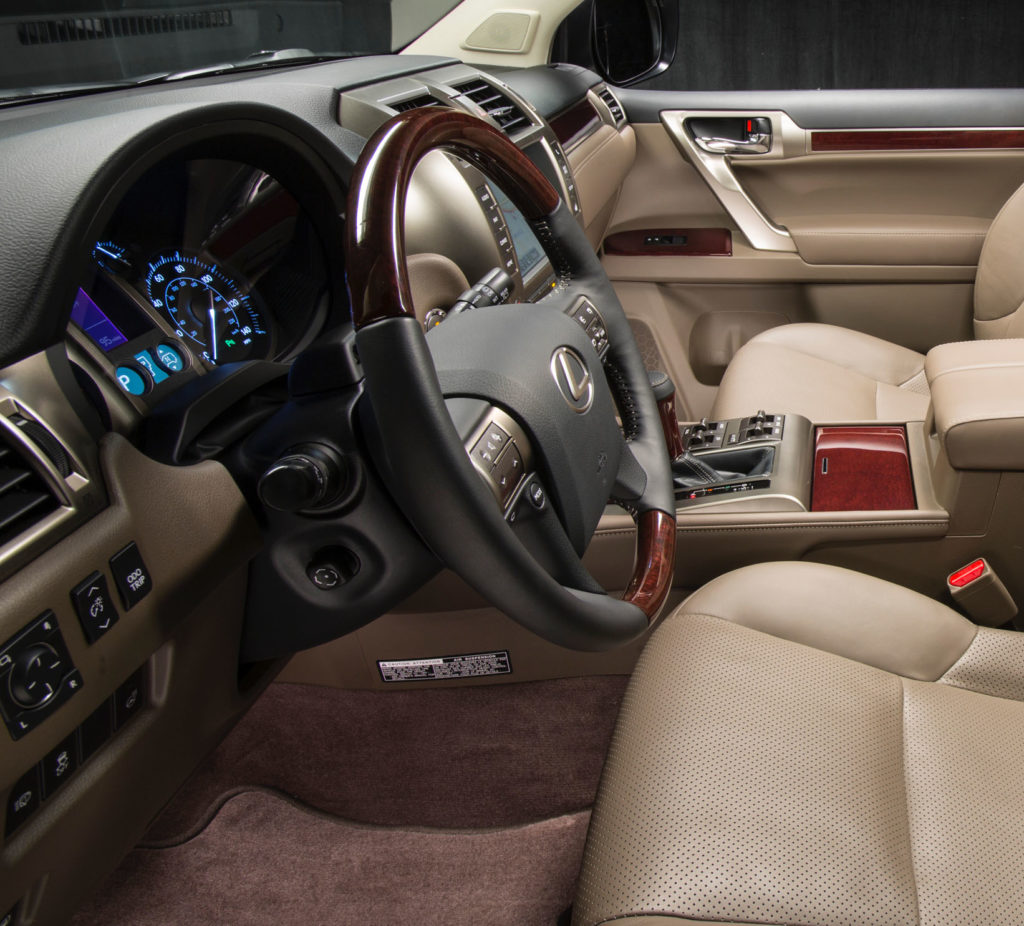 The DEG offered this explanation:

The information currently available by the 3rd party service did not show an updated procedure to reflect the most current available procedure from the OEM. The scenario showed the engine must be R/I for access to replace the steering rack.

When verifying the procedure in the OEM subscription site, the most current OEM procedure from Lexus had been updated NOT requiring the engine to be R/I for replacement of the steering rack.

“ALLDATA publishes updates to its OEM information database daily based on documentation received from the manufacturers,” ALLDATA said when asked if it wanted to comment. “The procedures in question have been updated. Occasionally there are delays from the time the OEM publishes the information on its website and when that information is published in ALLDATA. Whenever a customer needs assistance finding information or comes across a discrepancy, our Library Team responds very quickly, usually within 30 minutes. This service is included with ALLDATA Collision subscriptions.”

This wasn’t a formal DEG tip, but we thought readers would also be interested in a recent inquiry highlighted in the latest “Who Pays for What?” study results.

The DEG has partnered with study authors Collision Advice and CRASH Network to share examples of inquiries related to the poll questions.

The researchers had asked shops about jig rental. Of the roughly 300 who responded in July, more than half said they never asked to be paid for the work.

Of those who did, about 59 percent reported that the eight leading national insurers tracked — including Top 5 State Farm, GEICO, Progressive, Allstate and USAA — were willing to reimburse the bill “always” or “most of the time.” (Technically, shops bill customers, who are then reimbursed or not reimbursed by the carriers. The studies track the likelihood of the carrier agreeing.) 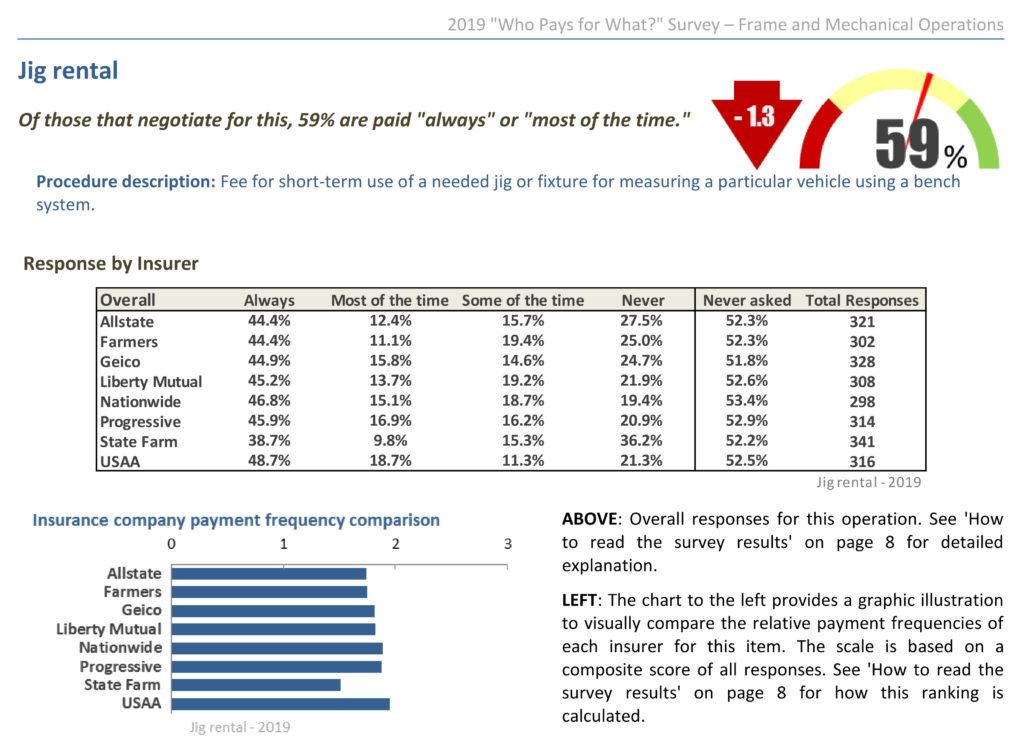 A user had asked the DEG in August for its thoughts on the idea that jig or fixture rental on a 2019 BMW 430i was a “cost of doing business” for a body shop.

“This would be a business decision for the repairer to decide what should be charged part of the repair process,” the DEG replied.

“Non of the three IP’s factor the cost of equipment or the type of equipment used during vehicle set up/ anchoring process. Due to the wide variety of tooling available, this would require an on the spot evaluation.”

The 2016 Sorento 3.3-liter V6 SXL is shown. The third-row seats standard on the model are available as an option on the 2016 Sorento LX trim. (Provided by Kia)

The steering wheel of a Lexus GX 460 is shown. This image reflects the appearance of 2014-17 model year GXes. (Provided by Lexus)

“Who Pays for What?” study results released in October 2019 found that repairers who billed for jig/fixture rentals often found major insurers consistently reimbursing the work.