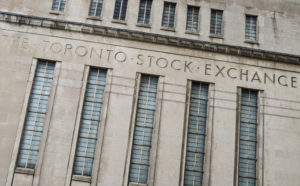 The Boyd Group’s shareholders overwhelmingly voted Monday to convert the publicly traded firm from an income trust to a public corporation.

The action removes a limit on non-Canadian stock ownership and could allow the Gerber Collision parent company to attract more investors in the U.S. and other companies. (At least 80 percent of Boyd’s income is generated in the U.S. through Gerber and auto glass interests.)

This in turn could make it easier for Gerber and other subsidiaries like Boyd Autobody and Assured Automotive to expand, either by tapping expanded capital or by offering shares instead of cash in a deal.

The Boyd Group board and CEO Brock Bulbuck supported the deal and needed a two-thirds vote of shareholders to execute it. With 81.03 percent of all shares casting ballots, the vote was a blowout. Voters representing 97.77 percent of shares (15,761,849 units) voted yes; a mere 2.23 percent (358,838) voted no.

The company is expected to convert into what will be called “Boyd Group Services Inc.” on Jan. 1, 2020. It will remain traded on the Toronto Stock Exchange under the ticker symbol BYD (currently, it’s “BYD.UN”). Investors’ existing stock will be swapped 1-for-1 for shares of the new company.

“It will be business as usual,” Bulbuck told analysts Sept. 17. The existing trust’s credit line (Boyd can borrow at least $250 million to buy body shops) will be assumed by the new corporation. The board of directors and management will stay, and “accretive growth will remain our focus,” both organic and acquisition-fueled, he said.

However, Bulbuck said the change “should enable an expansion of our shareholder base, thereby also improving liquidity and trading volumes.”

Dividends will be paid quarterly instead of monthly, but will still work out to the current annualized distribution level, according to Bulbuck. Some retail investors might take a small tax hit under the shift, but Bulbuck estimated this was a “relatively small percentage.” Most of the company’s investors are institutional.

Bulbuck said the Boyd Group simply felt it had “outgrown” its current structure. The market shouldn’t be “reading too much into this” as a precursor to major corporate activity, he said.

“We do believe this is necessary,” he said. “… This is not a precursor to a next step.”

Boyd had considered such a move over the past several years and expected it would be necessary at some point, he said.

Bulbuck said the non-Canadian-ownership rule was a major rationale for the change. While Boyd could have continued under its current setup a while longer, it was “starting to get too close.”

He said he thought Bloomberg put the company’s foreign ownership in the “neighborhood of 32 percent,” and Boyd felt it was actually “a little bit higher than that.” The threshold for non-Canadian ownership is 49 percent of shares.

So it was as good a time as any, and Boyd would not longer feel restricted or “unsure” about marketing to American investors who’d been “expressing interest in our company,” according to Bulbuck.

“We’ve really not been aggressive in U.S. marketing,” he continued.

The analyst call saw a participant ask if the common shares could help fund a bigger deal than a single-shop or small-MSO transaction, particularly if the owner wanted to retain a stake and have a tax deferral.

Bulbuck said the change created flexibility in creating tax-deferred buyout deals, but this was “not one of the primary reasons” for the switch.

He said “we typically don’t want to use equity” on most purchases since the price of the deal was too small considering the complexity of throwing stock into the mix.

However, he said Boyd had used stock within larger M&A transactions before. He also noted that shop owners would more easily understand the concept of receiving shares of a vanilla public company.

“They should be more receptive to taking common shares of a public company than income trust units,” he said.

Shortly after the analyst call, Boyd announced it had been named to the inaugural “TSX30” — the 30 Toronto Exchange stocks which performed the best over the past three years.

Asked Sept. 29 if the company would list itself on a U.S. stock exchange, Bulbuck said it wasn’t precluded from doing so before, but the new format would probably be more easily understood by American investors. He said the conversion wasn’t done for that purpose, but Boyd would continue to study the idea and the concept of reporting financial results in U.S. dollars.

Americans can easily buy Boyd and other international stocks today; for example, here’s Fidelity on the topic. Given the comparable currencies, time zones and language, having to use the TSX instead of a U.S. exchange might not be that big a deal to U.S. investors unlocked by the corporate conversion. (Particularly when you make 5,901.2 percent over 10 years.)

Boyd would also continue to examine the notion of splitting its stock, Bulbuck said.

Cost to switch a drop in the bucket

The income trust format allowed some “tax efficiency,” but the recent U.S. tax cut “meaningfully reduced” that value, he said.

That benefit had exceeded $3 million in the past and was in the $2.2-$2.3 million range today, Bulbuck said. (It was unclear if he meant USD or CAD here.)

The company will also have to eat a cost in the “million-dollar range” to covert to the new format, but $1 million CAD today was also “far less significant” than it would have been in 2010-11, Bulbuck said.