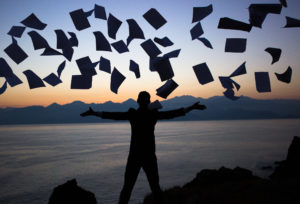 Editor’s note: The Merlin Law Group’s blog this month featured a fascinating account by an anonymous independent adjuster on the problem of “churn and burn” in residential claims after a major storm. We thought collision repairers might also find value in the piece, and the law firm graciously permitted us to reprint it below.

The assertion that “Competition for Independent Adjusting contracts with carriers is strong so the environment is conducive to such tactics” would seem to raise concerns that insurers might be incentivizing similar behavior in auto claims — even inadvertently — during storms and other outsourced appraisal work.

It’s also interesting to note how this depiction of “churn and burn” claims helps insurers two ways, based on the adjuster’s description. If consumers blindly accept the superficial estimates described, the insurer saves money. If consumers fight to be made whole, “carriers can then lobby the Legislature about excessive litigation and out of control settlement costs,” the independent adjuster writes. That’s an interesting point repairers, consumer advocates and lawmakers might wish to remember this legislative session.

Here’s the Merlin Law Group post, with minor formatting edits by Repairer Driven News. Read the original and other posts here. Also, if any independent adjusters would like to share accounts of life in the field in the auto insurance world, we’d love to hear from you. Email info@repairerdrivennews.com.

By an anonymous independent adjuster and Chip Merlin

The following is a guest blog written by an attendee whom I spoke with at the Windstorm Insurance Conference two weeks ago. I made only minor edits for easier understanding by those who are not claims professionals. I removed two sentences to maintain anonymity for the writer.

You asked me to write a post regarding Churn & Burn CAT Adjusting. I have done so but wish to remain anonymous. Associating name might complicate my future employment. On the other hand, it is important to get this practice exposed and named.

At the 2020 WIND Conference we were discussing the epidemic of low-ball carrier estimates after a major storm. The system is often called “churn and burn.”

The object of the system is to write estimates as quickly as possible and turn the claim into the Independent Adjustment firm so you can get more assignments. Accomplishing this requires fast inspections, no complications or contents adjusting and avoiding corrections. In theory, it might sound reasonable but in practice it is a disaster for policyholders who end up with small checks and trapped on the disputed claim treadmill.

They key to success is finding the “sweet spot” in the Rate Card. For example, staying below the Wind Deductible pays $435. Writing a roof, exterior paint and a couple interior rooms should land in the $10,001 to $15,000 bracket and pay $675.

Now for the rest of the math:

How to recognize a Churn & Burn estimate:

Competition for Independent Adjusting contracts with carriers is strong so the environment is conducive to such tactics:

The downside for such practices is significant:

The carriers then lobby the Legislature about excessive litigation and out of control settlement costs. The comparison looks bad if the regulators are not aware the initial claims were “churned” and significantly underpaid. Such tactics by a few bad carriers distort the claims payment process and only lead the race to the bottom.

Finding a new way to reduce payment on claims only increases profits temporarily. The market quickly adapts and the damage to policyholders is permanent.

(William “Chip” Merlin is president of Merlin Law Group. The adjuster was kept anonymous by the firm. This post originally appeared on the Merlin Law Group blog on Feb. 10, 2020.)

“Churn and Burn Adjusting—An Admission From An Independent Adjuster”

Featured image: The Merlin Law Group’s blog in February 2020 featured a fascinating account by an anonymous independent adjuster on the problem of “churn and burn” in residential claims after a major storm. (CiydemImages/iStock)