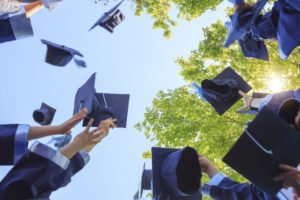 Here’s our reporter’s notebook rounding up other noteworthy tidbits from the report, which polled 275 students attending Collision Repair Education Foundation job fairs between fall 2018 and spring 2019. (Though not all of them answered every question.)

Students ranged from 15-45 years old. Out of the 131 which responded to a question about graduation dates, the majority were slated to enter the workforce between spring and fall of this year.

“Our committee believes that in order to attract a new generation of workers into the collision repair industry, we must first gain a deeper understanding of what the new generation values in a potential career,” CIC Talent Pool Committee Chairman Dave Luehr (Elite Body Shop Solutions) said in a statement Monday. “Kyle Medeiros, CREF, and other TPC volunteers have done a terrific job with this survey and I believe the information obtained is a substantial starting point for our committee’s mission.”

Show they can grow

The CIC Talent Pool Committee study clearly demonstrated a demand among incoming employees for a visible career path. “Potential for Advancement” ranked No. 3 among top factors in considering prospective employers, after “Work-Life Balance” and “Wages” and ahead of any benefits.

Another question asked the students why they had chosen their educational program. The second most popular answer after “Love working on cars” was “Opportunities for career advancement after employment,” a view shared by 40 out of 221 respondents (18 percent).

Two other responses might express a similar desire for employers to offer a chance at career growth. Ten out of the 221 replied “Number of job openings” (5 percent), and seven cited “Pay top level technicians receive” (3 percent).

This seems to jive with advice we covered in 2018.

At NACE 2018, Pro Collision Training Paul Gage argued that developing employees with an interest in a particular collision repair role might be an easier solution than attempting to fill that position externally. Otherwise, that staffer will pursue that job anyway — at someone else’s shop, he said.

Gage said it was “unbelievably cheaper” to go this route and train from within rather than eat the cost of filling an empty slot externally. He also noted that it could make an employee more motivated and less likely to jump to a competitor for $1 or $2 more, for they now have a “career path” with their current repair company.

The same year, Sherwin-Williams business consulting services manager Mike Lanza told us that at his company, “we show people a path. … There’s a career path.”

Collision repairers needed to do the same, and failure to do so means “you’re going to be left behind,” Lanza said prior to a talk on hiring at the 2018 SCRS Repairer Driven Education series. Millennials change jobs every 18 months on average, prompted to do so by a lack of career path, Lanza said then. 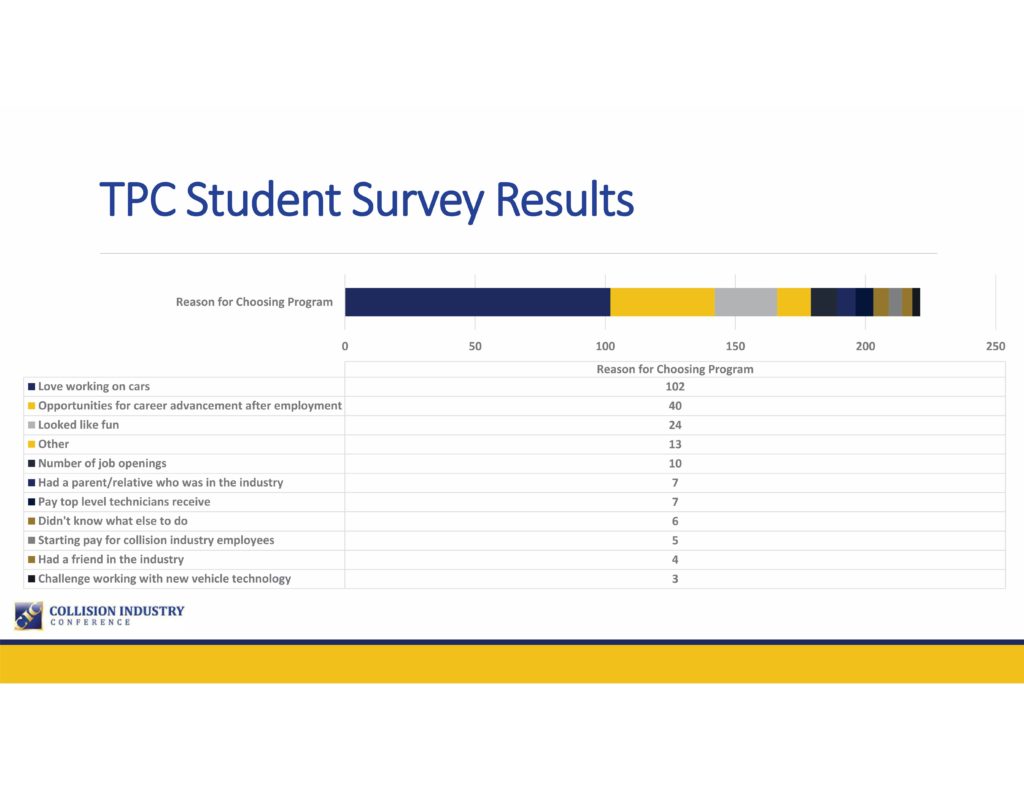 Not seeking a four-year degree

Out of the 275 total respondents, 122 listed high school as their current level of education, with 99 of those reporting expectations to graduate in the Classes of 2020-23. 145 reported their status as technical/community college. Eight had reached the level of a four-year education.

Forty of the 99 respondents planned to attend a technical/community college (40 percent), and 23 (23 percent) sought to join the workforce. 36 (36 percent) aimed for a four-year college. CIC called this a surprise.

“Of the high school students who responded, we saw a trend that goes against the industry narrative that students are going to four-year colleges instead of a technical or community college. Collectively, more students were going to attend a technical or community college or enter the workforce upon graduation,” Talent Pool Committee member Kyle Medeiros (Entegral) said in a statement.

“I have a great desire to paint and own my current shop,” one respondent said. “My 1 year old daughter is my greatest motivation to go through school and make something of myself.”

“After retiring from the military, I have chosen the auto technician, welding, and collision repair industry to learn the trades,” another wrote. “I want to put all of them together for building a drift car to raise money for autism awareness.” 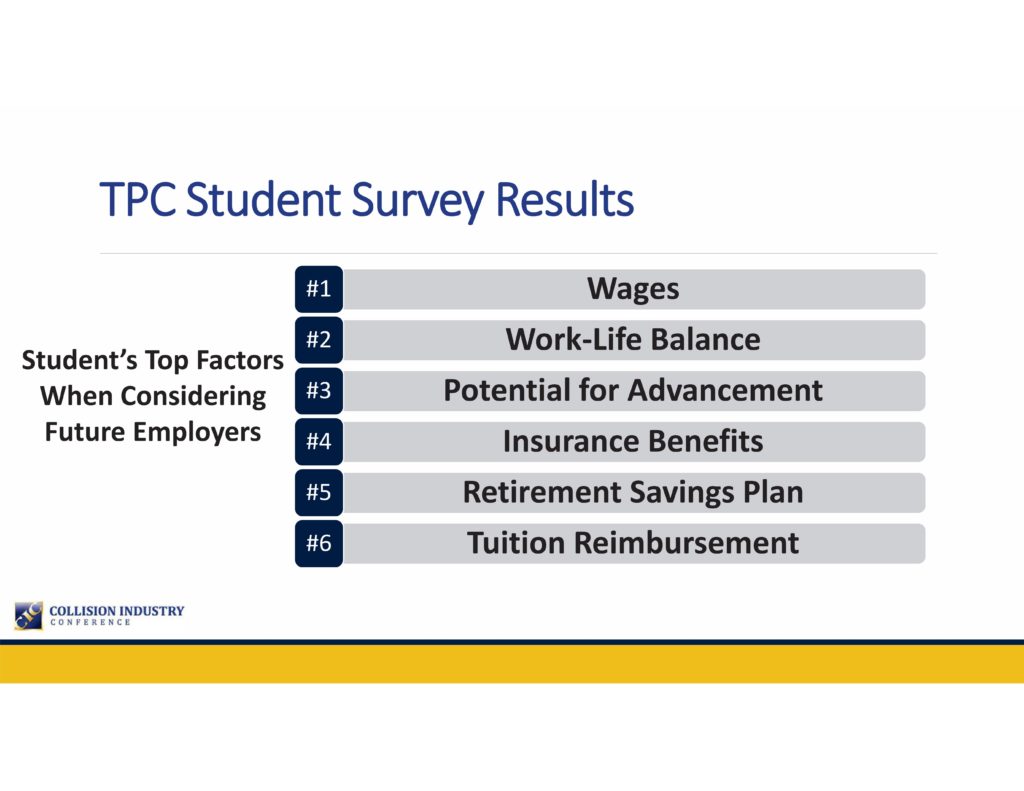 If your facility still clings to sexist attitudes and behavior regarding women in collision repair, it could drive away more than a tenth of the industry of the future. The study found 36 female job hunters — 13 percent of the 275 polled. 237 were male (86 percent), and two others (1 percent) opted to abstain from answering the gender question.

Nationally, the “Automotive body and related repairers” occupation tracked by the BLS posted a 2.2 percent female workforce in 2019, up from 1.8 percent. However, “First-line” supervisors of all repair, maintenance and installation industries — which includes the automotive repair sectors — were 8.2 percent female, up from 6.1 percent in 2018, according to the BLS.

Another interesting piece of demographic data: A fair amount of CREF job-fair participants appear to be bilingual, though it’s unclear how much fluency the responses actually represent. (i.e.: truly bilingual versus passing a semester of high school foreign language class.) 270 out of an unknown number of respondents said they spoke English, 37 spoke Spanish, six spoke German, and 12 spoke “Other.”

High schoolers polled by the Collision Industry Conference mostly reported plans to get a job or go to a technical or community college rather than attend a four-year school. (petekarici/iStock)