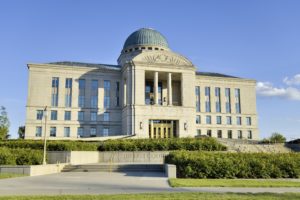 The Iowa Supreme Court this month upheld lower court rulings that a contractor’s assignment of benefits was unenforceable because the company also acted like a public adjuster without a license.

Though the decisions key off of Iowa state law related to residential insurance and repair, they would seem to also raise concerns for collision repairers in the state. The rulings also demonstrate the need for repairers to take care they don’t run afoul of public adjuster licensing laws through their behavior and marketing.

“A controlling statute, Iowa Code section 103A.71(5) (2016), declares ‘void’ contracts entered into by residential contractors who perform public adjuster services without the license required under section 522C.4,” Justice Thomas Waterman wrote in the unanimous State Farm opinion. “Those laws were enacted to protect homeowners and insurers against exploitation by unlicensed contractors after hailstorms, tornadoes, and other natural disasters,”

The other two rulings were also unanimous, though Justice Christopher McDonald didn’t participate in the Cincinnati decision.

2. A residential contractor shall not advertise or promise to rebate any insurance deductible or any portion thereof as an inducement to the sale of goods or services. A promise to rebate any insurance deductible includes granting any allowance or offering any discount against the fees to be charged or paying a person directly or indirectly associated with the residential real estate any form of compensation, except for items of nominal value. A residential contractor may display a sign or any other type of advertisement on a person’s premises provided the person consents to the display and the person receives no compensation from the residential contractor for the placement of the sign or advertising.

It’s interesting to note that in two of them (IMT and State Farm), the court describes a carrier or its representative as agreeing to a higher claim payment than they had previously estimated was owed, just not as much as 33 Contractors requested.

State Farm accused 33 Contractors of assignment of benefits abuse following what the court noted were supplements 81.3 percent to 90.4 percent higher than State Farm was offering, according to the court.

Iowa Code 522C demands all public adjusters be licensed and defines the job as follows:

7. “Public adjuster” means any person who for compensation or any other thing of value acts on behalf of an insured by doing any of the following:

a. Acting for or aiding an insured in negotiating for or effecting the settlement of a first-party claim for loss or damage to real or personal property of the insured.

c. Directly or indirectly soliciting business investigating or adjusting losses, or advising an insured about first-party claims for loss or damage to real or personal property of the insured. (Minor formatting edits.)

Therefore, the state district court could rule on the contract, Waterman wrote for the Supreme Court. He directed readers to the Supreme Court’s 2010 Bank of the West v. Kline ruling, which states, “It is well-established Iowa law that contracts made in contravention of a statute are void, and Iowa courts will not enforce such contracts,”

Waterman also cited decisions in New York, Texas and the federal Western District of Texas jurisdiction to note that “Other courts have held that contracts entered into by an unlicensed public adjuster are void.”

“We interpret these provisions together to hold that contracts entered into by a residential contractor acting as an unlicensed public adjuster are void under section 103A.71(5).”

33 Carpenters got involved in the repairs after representative Matt Shepherd asked Brant and Sarah Clausen if he could inspect their home, which they were unaware had been damaged in a recent hailstorm. After he found damage, the Clausens entered into contracts “whereby 33 Carpenters agreed to repair the storm damage in exchange for the Clausens’ insurance proceeds,” according to the Supreme Court. “The documents also purportedly authorized 33 Carpenters to act on behalf of the Clausens regarding the submission, adjustment, and payment of an insurance claim for the hail damage to their roof.”

He said one document “authorized 33 Carpenters to ‘meet with and discuss hail and wind damage’ of the Clausen property with their insurance company, State Farm, and it required the Clausens to acknowledge that ’33 Carpenters Construction will act as their General Contractor to obtain appropriate property damage adjustments.'”

Waterman and the rest of the court ruled that the contractor acted like a public adjuster in multiple ways — behavior a body shop might want to watch out for.

The Supreme Court also said its precedent voided contracts upon which a party contracted to perform a role they weren’t licensed to perform.

33 Carpenters argued that it hadn’t done anything resembling a public adjuster role prior to receiving the assignment of benefits on the State Farm claim.

33 Carpenters asserted that the only relevant event before the February 22 assignment was the evaluation of the claim attended by State Farm representatives and Shepherd, and it stated this was not improper because Shepherd did not negotiate or advocate for the Clausens during that meeting,” Waterman descibed the contractor’s argument to the Scott County Iowa District Court. “The other events, 33 Carpenters claimed, occurred after the Clausens assigned the claim to 33 Carpenters, which it stated it wholly owned and could negotiate without a public adjuster license.”