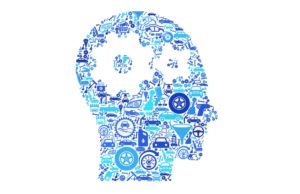 The study of “independent automotive repair shops” found 42.6 percent of respondents call finding time for hands-on training a key challenge for technicians — the No. 1 response by more than 10 percentage points.

Keeping up with advances in vehicle and diagnostic technology ranked second and third, at 31.1 percent and 30.9 percent, respectively. (Respondents apparently could select multiple challenges.)

Asked about advice for young people considering a job as at technicians, 35.5 percent said “Get the best education/training possible.” That was followed by “Take all training available through employer,” at 19.6 percent, and “Get hands-on training” at 10.7 percent. “Continually invest in training” ranked No. 6 at 8.3 percent. (Respondents could again select multiple answers.)

The poll data might be relevant to professionals in the sister field of collision repair, and not just those body shops which handle mechanical work in-house. If your auto body shop and technicians aren’t taking training and keeping up with vehicle tech seriously, it might be time for everyone to start. And you’ll probably want to make sure whoever receives your sublet mechanical work is taking training and vehicle technology readiness as seriously as their competitors.

In January 2017, the committee shared data from a survey of 159 shops, thought to represent some of the most elite shops in the industry. (The CIC audience agreed with that assumption.) Respondents — the majority of which were owners — estimated that technicians had about 11.7 hours of training a year and estimators drew 10.6 hours. “Administration” racked up 7.4 hours, and owners/managers posted about 12.6 hours.

Another CIC study asked OEMs how much training was necessary.

Asian manufacturers felt technicians needed 20 hours of training annually to perform steel structural work on their respective brands, while domestic OEMs felt 27.5 hours would be necessary. European automakers, however, wanted technicians to have a whopping 76 hours of structural steel training, based on results released at another 2017 CIC.

Asian OEMs did demand the most training out of estimators compared to their rivals across the globe, viewing 23 hours as appropriate compared to the Europeans’ 22 hours and the Americans’ 13.5 hours.

“CHALLENGES FOR INDEPENDENT REPAIR SHOPS AND TECHNICIANS IN 2020; ADVICE THEY’D GIVE TO FUTURE TECHNICIANS”