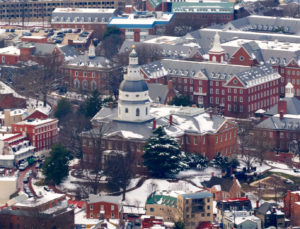 The sponsor of a Maryland bill requiring insurers to give consumers the right to choose between “genuine,” aftermarket or certified aftermarket “crash parts” during a collision repair has withdrawn the measure.

The collision repair trade group had drawn a distinction based upon the wording of the 2020 legislation.

Their interactions with lawmakers offer repairers a look at the legislative process and the concept of checking even well-meaning measures for potential unintended consequences.

“This bill – HB1418 – does not have those expanded consumer protection intentions of the previous bill,” WMABA Executive Director Jordan Hendler wrote to the House Economic Commerce Committee on March 10. “Though we’ve attempted to find suitable collaborative language for this effort that Delegate Lisanti has taken on, we regrettably cannot do so within the confines of this framework so cannot support this as it stands. We do not oppose her intention to protect the consumer during a collision repair experience, which we see professionally as an important endeavor especially when it comes to consumer choice for their own vehicle.”

The WMABA-supported House Bill 1258, which failed a committee vote and was ultimately withdrawn in 2016 by Delegate Richard Impallaria, would have required insurers to write for “genuine parts” the first two years after a vehicle was built. Carriers wishing to use aftermarket parts after that would have been limited to certified aftermarket parts unless the consumer expressed otherwise in writing. The definition of “genuine parts” here and in HB 1418 appears to include recycled components.

Impallaria, R-Baltimore, noted in 2016 that more than 50 percent of the insurance industry conducted repairs along similar lines to what he’d sponsored.

Lisanti’s HB 1418 would let consumers pick their type of part at any time and required insurance policies to tell them so “prominently and in clear, understandable language.” 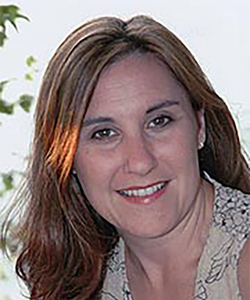 “As you can see, it is a bit different than previous versions as I sat on the Economic Matters committee for 5 years and heard much of the opposition,” Lisanti wrote to Hendler on Feb. 17. “I am offering what I believe is a transparent solution and reasonable option for consumers with minimal impact to insurers.”

WMABA had feared the new bill’s wording would indeed grant the consumer a parts choice but still permit insurers to demand a consumer go out-of-pocket to exercise it. Aside from the written consent provision, this could actually create a worse situation than the status quo, according to WMABA.

“Our greatest concern is that it creates a gap between law and insurance policy, where more consumers could be paying out of pocket for quality parts,” Hendler wrote to the House Committee (emphasis hers). “No one wants to have a car accident, and certainly not one they do not walk away whole or having expense beyond their deductible. Our association commends her for trying to rectify an industry problem, but we would not be certain as to the market-level repercussions of this language specifically.”

She expressed a similar concern in a Feb. 21 email to Lisanti:

Even though it says that the intent is the insured has the option of the three parts categories, our fear is that the insurance company will then put the insured on the hook to pay out of pocket for the difference above aftermarket part price.

a. Their policy requires currently like kind and quality, which is ambiguous enough that if the repair process requires a specific part or the aftermarket part doesn’t fit the insurance company pays that difference. They can also use that term in court to resolve dispute with an insurer.

b. This aspect would especially burden those who can barely afford their deductible, and are forced into using substandard parts.

c. Paying out of pocket for the proper parts can be hundreds to thousands of dollars depending on the repair. (Minor formatting edits.)

According to Maryland Department of Insurance consumer guide:

An insurer is not required to pay to have your vehicle repaired with original equipment manufacturer (OEM) parts unless the policy provides this coverage. Most policies only pay for repairs with parts of like kind and quality. Parts of like kind and quality can include after-market and used parts. However, if your policy only provides coverage for after-market or used parts, and you want to use OEM parts, you can use them if you pay the difference in the cost of repair. You can check with your insurance company to see if they offer payment for repair of your automobile with original equipment manufacturer parts. You also should review the language of your policy to determine the insurer’s obligation.

“As a positive to us, we support the written consent,” Hendler wrote to Lisanti. “We agree that this is necessary to limit the use of the aftermarket parts without consumer knowledge, and the documentation of this is a step in the right direction. The parts disclosure currently in place on estimates is usually on about page 6 and is vague at best (MD 14-2302-Misc Consumer Protection Provisions).”

“Without that window, new vehicles are still subject to increased adverse issues in collision repair,” she wrote.

“New vehicles have warranties, and many times lease agreements, that require genuine parts. To maintain their ‘entire’ warranty or be in compliance on a lease they would have to pay out of pocket on the difference,” Hendler wrote. “They may also pay on lease return for a re-repair for correct parts, again all out of pocket.”

Under the Magnusson-Moss Warranty Act, merely installing a used or aftermarket part doesn’t void a warranty. But if that part fails and takes out something else under warranty (for example, an alternative cooling part tanks the engine), the OEM doesn’t have to cover the latter.

Hendler on Feb. 24 said she’d been working with others to find a suitable language change.

“Unfortunately, there are disagreements on several levels with current language and a consensus cannot be made within the constraints to suggest any changes,” she wrote. “We would not have any support to back us as a group, and therefore we are left to the position of simply opposing.

“Given your enthusiasm to the goal, WMABA would highly recommend and suggest that this current bill be withdrawn, and defer to next session or maybe even a working group. This could later be a good effort with multiple entities and alliances gained; hopeful for the outcome your constituents desire. We could even work towards garnering additional sponsor support in meantime.”

Lisanti threw out the idea of “limiting my bill to a single part… such as replacement glass” on Feb. 28.

“I’ve gotten as much feedback as I can, and we just don’t have the automakers able to work with us at this point on doing glass language,” Hendler explained March 6. “They have indicated that they would rather await next session rather than give suggestion at this point because they have differing opinions among them. It was clear that while the previous bill in form was endorsed, these changes render them unable to do so. They will take no position on the bill.

“We do not address glass separately in our association because it is considered at times structural, so a definition would have to be crafted specifically for that application. Our team doesn’t have clear guidance yet either, so we could not put forth something and would not without the direct automaker support.”