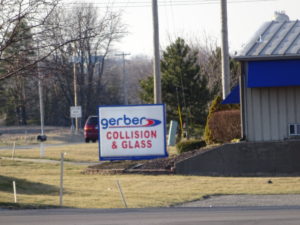 Gerber owner Boyd Group Services on Wednesday told investors that insurers have been fair to repairers during the COVID-19 pandemic.

However, asked by an analyst if the company had seen any direct repair program pricing impact during the pandemic, CEO Tim O’Day said Boyd had “constant contact with our insurance partners” but “no comments at all on pricing.”

Boyd reported its gross margin fell to 44.8 percent of sales in the first quarter compared to 45.3 percent during January-March 2019.

“The gross margin percentage decrease is primarily due to fluctuations in DRP pricing, as well as lower parts and labor margins, partially offset by a favorable mix of labor sales in relation to parts,” O’Day said on the Wednesday earnings call.

The COVID-19 coronavirus response cut Boyd’s demand 40-50 percent at the end of last quarter. However, Boyd reported year-over-year sales had stabilized to be “down slightly less” than 40 percent in April and this month.

The Boyd Group’s collision, glass and claims interests span the U.S. and Canada, but more than 80 percent of its employees and at least 80 percent of its income are tied to the U.S., with Gerber a significant contributor to both.

“The insurers have been incredibly gracious and supportive of the collision repair industry,” O’Day said. “They know that their claim counts are way down … I would say that they’re treating repairers very fairly in this.”

The Boyd Group has more than $1 billion available in cash or credit to rely on during the downturn, and it last quarter carried debt of 1.9 times earnings before interest, taxes, depreciation and amortization.

Moody’s on April 29 said rival Caliber’s debt stood at about 6.9 times its earnings before interest, taxes, depreciation and amortization for the 2019 fiscal year. According to the ratings agency, Caliber posted an EBIT/interest rating of “roughly 0.7 times” in the 2019 fiscal year, indicating it wasn’t making enough to cover its interest. However, the ratings agency felt “with nearly $300 million in cash presently, liquidity is sufficient to handle any forseeable cash flow deficits.”

Service King carried debt representing about eight times EBITDA for the 2019 fiscal year and an EBIT/interest ratio “well below 1 time (including 50% credit for cost savings from front-office re-structuring initiatives executed in early 2020),” Moody’s wrote March 24. On March 30, Moody’s said Service King also had adequate liquidity at $200 million, though $80 million of it came from a paint contract renewal prebate and was “unavailable for debt repayment.”

The Moody’s ratings don’t discuss the potential for Caliber and Service King’s private equity owners to inject more money into the companies, however. (For its part, Boyd is publicly traded on the Toronto Stock Exchange.)

Asked if Boyd had seen insurers change direct repair program behavior, such as shifting work away from auto body shops with liquidity issues or repairers less likely to handle a market shock, O’Day said he hadn’t.

“My perception is that they’re trying to be fair in the marketplace and keep the system going,” O’Day said.