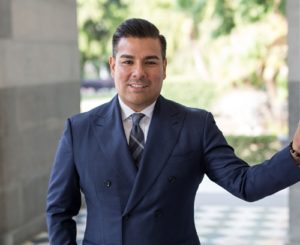 Collision repairers, consumers and insurance commissioners nationwide might want to stay vigilant for such behavior as well. Documenting it with complaints could be an important part of seeking relief; the California Unfair Practices law, for example, only kicks in on some behavior after insurers have shown a pattern. Template National Association of Insurance Commissioners claims and trade practices laws only crack down on insurers when the behavior is either flagrant or part of a pattern.

The CDI was looking into our inquiry Friday on if the agency had heard about this behavior within the auto insurance industry. Continue to check Repairer Driven News for updates.

“Yes, unfortunately, we have heard of situations where some insurers (are) trying to take advantage of consumers during the current pandemic,” Molodanof wrote in an email Friday. “We have been encouraging consumers and members to file complaints with the department if they believe any unfair claim settlement practice has occurred.”

Lara said the COVID-19 coronavirus has prompted reduced court schedules, even a halt to filings in some cases.

“Additionally, after the California courts reopen, they will likely face a substantial backlog and are expected to give priority to criminal trials and other urgent matters, leaving civil cases essentially on hold for the foreseeable future,” Lara said.

Insurers who violate California Insurance Code 790.03, the California Unfair Practices Act, risk fines of up to $5,000 per act — $10,000 a pop if it’s “willful” — according to Lara, who said he has the right to determine what counts as an act.

California Insurance Code 790.03 prohibits insurers from attempting some things that repairers might have encountered in the field, including:

(b) Making or disseminating or causing to be made or disseminated before the public in this state, in any newspaper or other publication, or any advertising device, or by public outcry or proclamation, or in any other manner or means whatsoever, any statement containing any assertion, representation, or statement with respect to the business of insurance or with respect to any person in the conduct of his or her insurance business, which is untrue, deceptive, or misleading, and which is known, or which by the exercise of reasonable care should be known, to be untrue, deceptive, or misleading. …

(h) Knowingly committing or performing with such frequency as to indicate a general business practice any of the following unfair claims settlement practices:

(1) Misrepresenting to claimants pertinent facts or insurance policy provisions relating to any coverages at issue.

(2) Failing to acknowledge and act reasonably promptly upon communications with respect to claims arising under insurance policies.

(3) Failing to adopt and implement reasonable standards for the prompt investigation and processing of claims arising under insurance policies.

(4) Failing to affirm or deny coverage of claims within a reasonable time after proof of loss requirements have been completed and submitted by the insured.

(5) Not attempting in good faith to effectuate prompt, fair, and equitable settlements of claims in which liability has become reasonably clear.

(7) Attempting to settle a claim by an insured for less than the amount to which a reasonable person would have believed he or she was entitled by reference to written or printed advertising material accompanying or made part of an application. …

(13) Failing to provide promptly a reasonable explanation of the basis relied on in the insurance policy, in relation to the facts or applicable law, for the denial of a claim or for the offer of a compromise settlement.

The items bolded above were singled out in Lara’s notice.

“Please be advised that Commissioner Lara intends to exercise the full extent of his authority under the Unfair Claims Practices Act to pursue all available administrative remedies including substantial civil penalties against any person engaged in the business of insurance in this state that has been knowingly committing or performing any of the enumerated unfair claims settlement practices set forth in the Unfair Practices Act with such frequency as to indicate a general business practice,” Lara wrote.

California Department of Insurance, May 14, 2020

File a complaint with the CDI