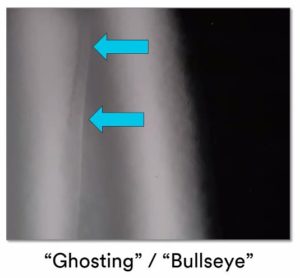 Repairers who do everything right in terms of feathering out sand scratches yet still experience “ghosting” are overlooking the contact between the filler and automaker basecoat, a 3M expert explained last month.

3M senior technical engineer Shawn Ryan said styrene — the chemical behind the “common smell” you associate with filler — in the substance can react with the OEM’s paint job to create the phenomenon of “ghosting” or “bullseye.” A seemingly proper repair “still comes back to haunt you.”

Ryan said repairers could test this reaction for themselves. Next time you feather edge, scrub the basecoat edge with a little lacquer thinner, he said. It will become shiny and swell a little.

After the application of thinner or urethane-grade reducer, you can even pick away the basecoat with a fingernail after 30 seconds, he said.

A similar situation occurs with body filler — its styrene attacks the basecoat, according to Ryan.

Technicians should seek to keep body fillers and glazes on a “solvent-stable surface” like an antichip coating, sealer layer or e-coat, Ryan said. 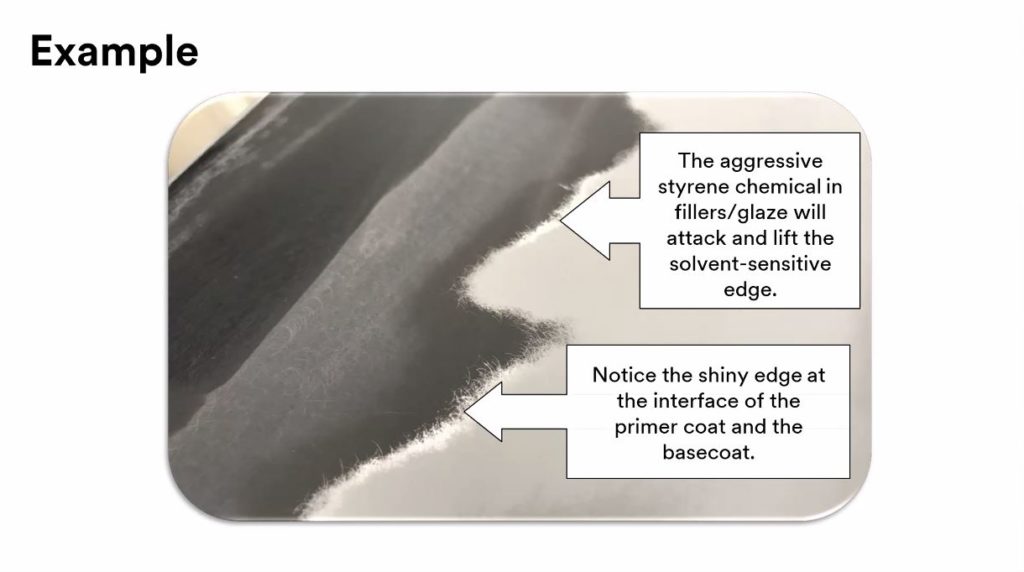 Asked about the proper procedure for coating a feather edge, Miller described one repair of a Chrysler with anti-chip coating. The shop would sand back the clearcoat and basecoat, keep the filler within the metal, and then apply the glaze between the edges of the primer, he said. Cross over the OEM paint, and “it is a gamble,” he said.

Repairers can also avoid this issue by following the correct drying time for surfacers, according to Ryan. Such coatings will also attack a basecoat, but if it “stays open long enough,” the solvents will leach away.

OEM basecoat was the “weak link,” he said.

3M will sometimes advise repairers to put glaze on clearcoat for minor imperfections or hail dents, Ryan said. That’s because the clearcoat hasn’t been breached to reach the base, as he explained it. Scuff the clearcoat without exposing the base, clean the surface, apply glaze, “and then we’re OK,” he said.

Ryan said 3M produced the styrene reaction in a lab by permitting filler and glaze to encroach on the OEM basecoat, and it created a “little worm trail.” He pointed out that these issues occurred despite the absence of “any real aggressive sanding marks.” 3M just used 80 and 180 grit on a dual-action sander. 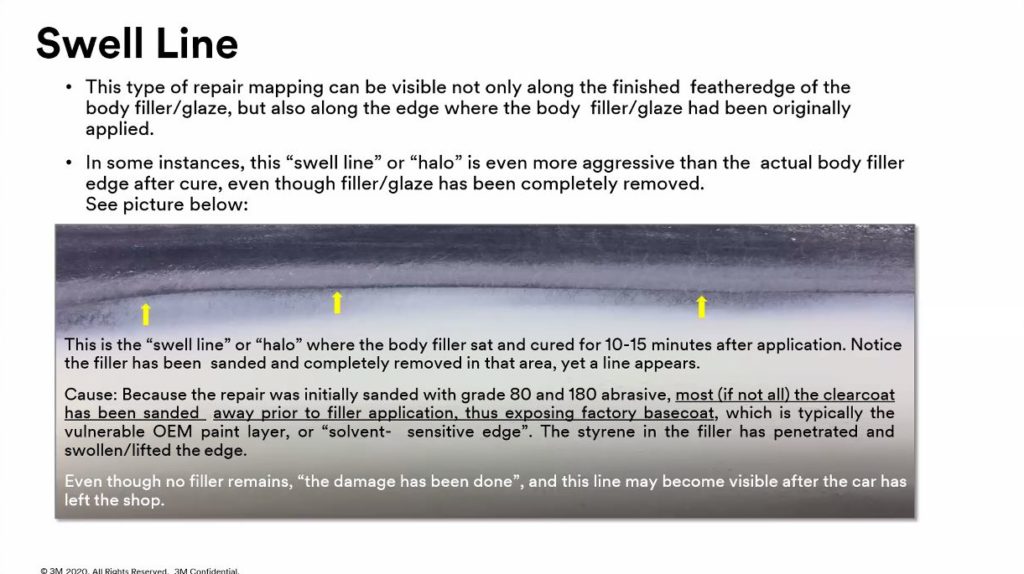 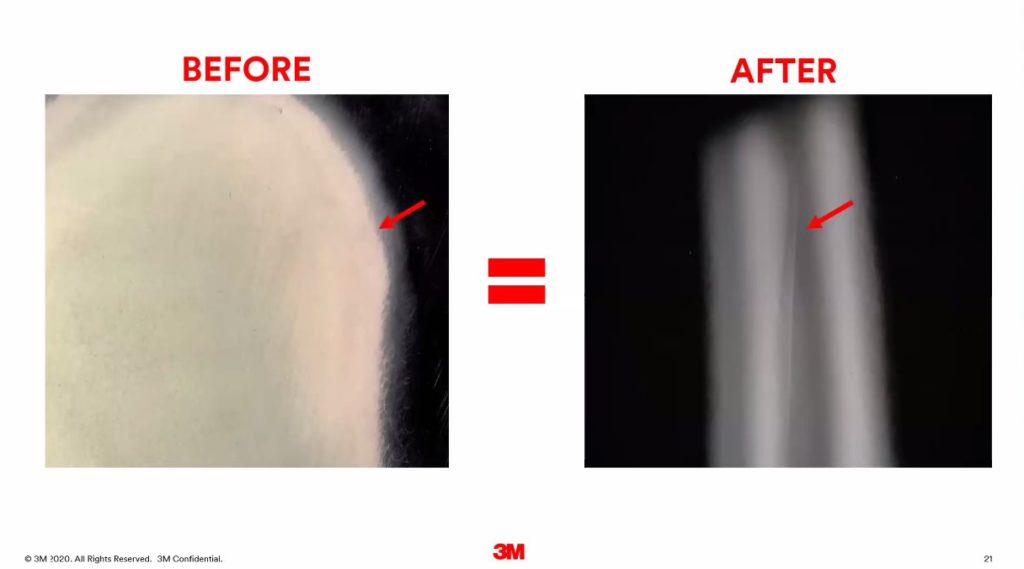 Ryan said 3M accelerated the aging by putting the test samples in an oven at an “accelerated temperature.” He said this was similar to what happens in the field — shops fix cars, and then the ghosting eventually reappears depending on the area’s climate and temperature.

If the styrene touched the basecoat in January in 3M’s native Minnesota, the ghosting might not arise until the summer, he said.

Miller discussed another form of “ghosting,” the reappearance of a welded area.

Miller noted also that technicians sometimes grind down a weld so smoothly that the filler or the metal itself will crack. However, leaving some of the weld intact means contamination must be removed — followed by cleaning with a wax and grease remover.

The longer the wax/grease remover sits on the surface — the slower it evaporates — the better it cleans, according to Miller. A product which evaporates too quickly won’t sufficiently clean the surface, he said; the shop is merely “spraying something on.”

Ryan said both natural and manmade contaminants exist — he described the “little pawprints” of human hands touching the surface –and a shop will want to apply both waterborne and solvent mechanisms. In a perfect world, you should use both types, he said,

According to a 3M slide, any contamination will result in ghosting.

Featured images: 3M senior technical engineer Shawn Ryan said styrene — the chemical behind the “common smell” you associate with filler — in body filler and glaze can react with the OEM’s paint job to create the phenomenon of “ghosting” or “bullseye.” (Screenshot from 3M webinar)