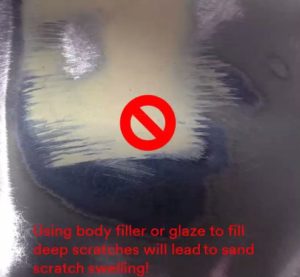 Issues with repair mapping can sometimes be traced to the inability of fillers, glazes or primers to work their way entirely into the tiny crevasses of sand scratches, according to 3M.

3M senior technical engineer Shawn Ryan told a May 26 3M webinar repairers need primer to “ooze down” into a sand scratch. Misting the coating on dry and not fully wetting the surface can prevent the primer from making it that far, according to Ryan.

If the primer instructions direct you to wait 10-15 minutes between coats, and the substance dries in two minutes, “it’s really not allowing the primer to ooze itself to the base of the scratch,” Ryan said.

The primer surfacer should “stay open” longer, he said.

Ryan said that by taking a surface to 180 grit or finer before applying primer, top quality primers should fill the surface without issue. Problems arise only when a primer is asked for “too much work” and to fill a deeper surface, he said.

The glaze can’t reach into the deep scratches. Eventually, the work will shrink into the gap, he said. 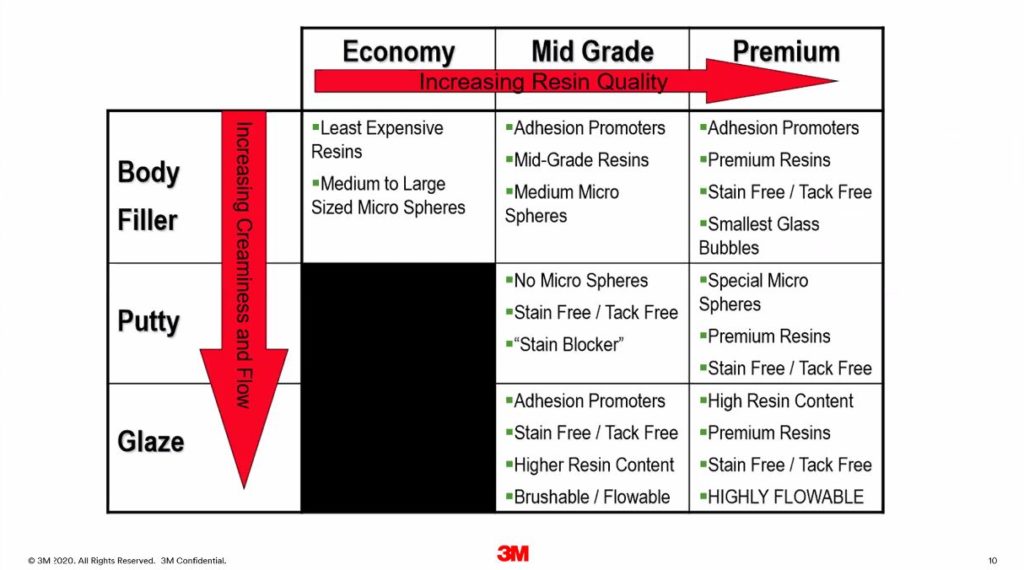 Miller said sometimes microspheres were too big to fit into a scratch and “barely just sit on the top.” He said economy fillers tend to carry larger microspheres.

He showed example of a F-150 hail job in which a technician took a 3-inch grinding disk to the substrate and then made a pass with 80 grit. They didn’t remove the grind marks, merely covered them with filler, sanded it down and primed it.

The end result wasn’t attractive, according to Miller. He indicated the issue involved the inability of the filler to work down into the entire grind mark. He said one’s spreading process would always leave some sort of an air gap.

3M senior technical service engineer Ricky Miller showed this example of an F-150 where the technician had failed to remove grinding marks before applying filler. The filler can’t work its way down into the grinding marks, he indicated. (Provided by 3M)