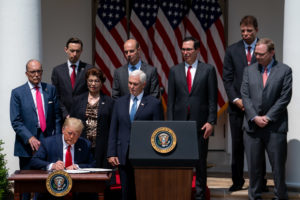 The nearly $660 billion PPP initiative started by the CARES Act and modified by the PPP Flexibility Act helped small businesses and employees weather the economic slump from the COVID-19 pandemic response by permitting cheap, loose and forgivable credit.

It involves 1 percent SBA-guaranteed loans of amounts worth up to about 2.5 months of payroll, capped at $10 million. Individual employee earnings above $100,000 don’t count as payroll when calculating this amount.

PPP loan recipients businesses can spend the money on payroll (which is also defined to include costs like benefits), mortgage or other pre-existing debt interest, rent, utilities.

The SBA on Friday said that spending the money on “other allowable uses described in section 7(a) of the Small Business Act (15 U.S.C. 636(a))” would be OK, but the form for PPP borrowers only mentioned the uses from the prior sentence. You might want to run that contradiction by an accountant or attorney.

If companies spend at least 60 percent of the loan dollars on payroll and the rest on payroll or the other eligible expenses, the SBA will forgive all of their debt and interest. (It had been 75-25 until the PPP Flexibility Act.)

The SBA and Treasury Department also indicated June 8 and in its interim final rule Friday that even if 60 percent of the funds weren’t spent on payroll during the defined period for forgiveness, business still have to spend 60 percent of their PPP money overall on payroll.

The business must also restore employee pay and full-time employee headcount to sufficient pre-pandemic levels. Pay cuts of more than 25 percent remaining after that date reduce the proportion of the loan which will be forgiven, as do persisting decreases in full-time employees. 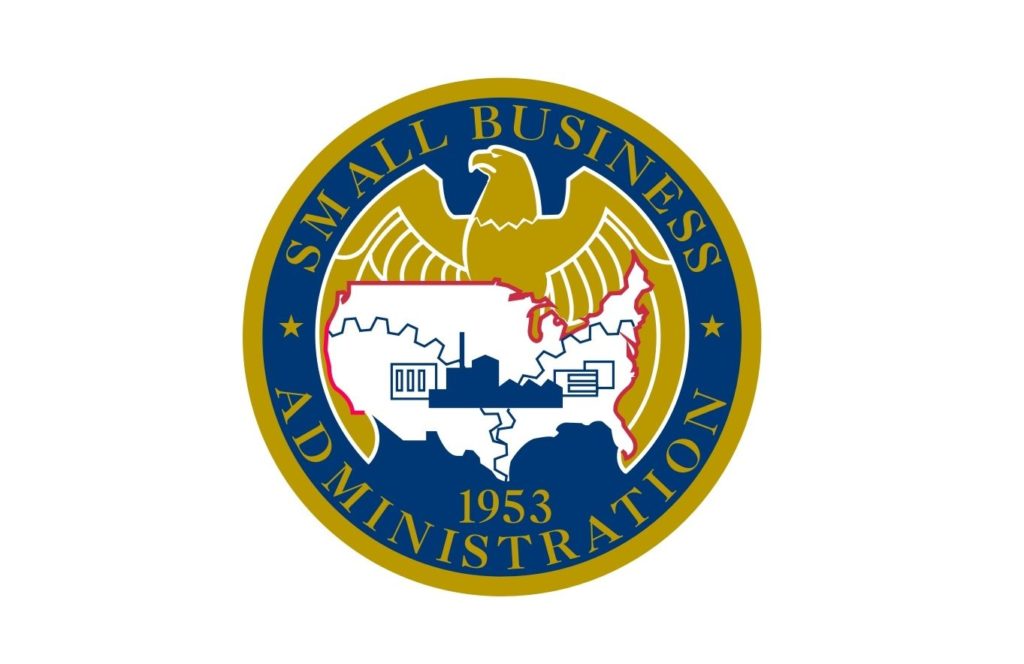 Maturity: Still 2 years for many

The initial CARES Act had merely established a maximum PPP loan maturity of 10 years. As Congress at that point hadn’t specified a minimum, the SBA ruled ahead of the PPP launch April 3 that all the PPP loans would carry two-year terms.

Congress in the PPP Flexibility Act enacted a minimum maturity of five years on the debt, but made this effective as of the bill’s June 5 enactment, according to the SBA.

All loans prior to June 5 still come due in two years, but “borrowers and lenders may mutually agree to extend the maturity of such loans to five years,” the SBA wrote Friday. It said Congress permitted this type of negotiation in the bill.

All loans June 5 and later will only receive the minimum five-year maturity, the SBA said.

“Specifically, the considerable economic disruption caused by the coronavirus is expected to abate well before the five-year maturity date such that borrowers will be able to resume business operations and pay off any outstanding balances on their PPP loans,” the SBA wrote Friday.

The PPP Flexibility Act allows borrowers to defer payments “including payment of principal, interest, and fees, until the date on which the amount of forgiveness … is remitted to the lender.” The CARES Act had set overall deferral to between six months to a year; the SBA chose to make it six months.

The SBA on Friday said borrowers could defer payment for at least a year. They don’t have to pay anything during the loan “covered period” nor do they for the 10 months after that duration ended. The covered period — the amount of time a business has to spend their PPP money — can be either eight weeks or 24 weeks after disbursement. Anyone with a loan prior to June 5 can choose either length; everyone else gets 24 weeks.)

If the borrower submits a forgiveness application within those 10 months, they may continue to defer payments until the SBA either forgives some or all of the loan or denies it. 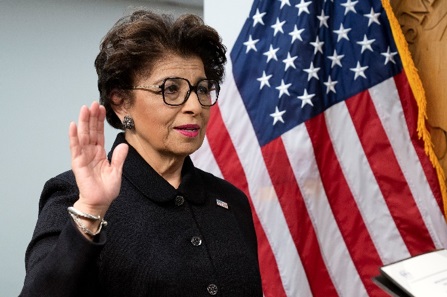 The SBA also said it would proceed under the assumption that Congress’ 60-40 split rule didn’t bar businesses who failed to meet the 60 percent payroll threshold from all forgiveness entirely.

The agency said it will forgive a proportional amount of a loan that fails to meet the threshold as follows: 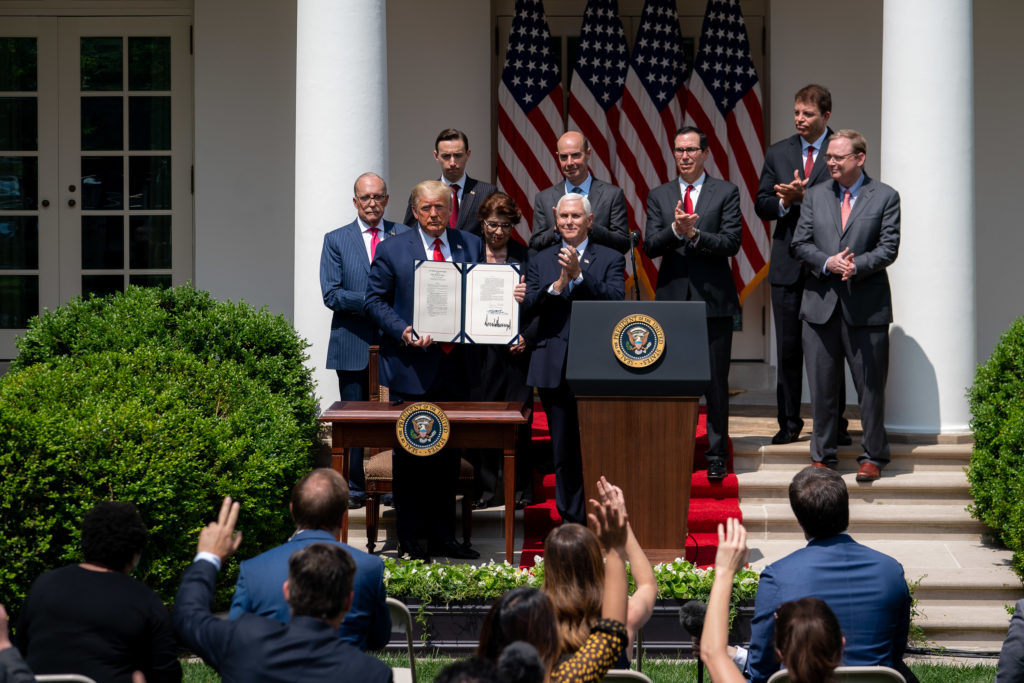 The SBA also made it easier for entrepreneurs with certain felonies to obtain loans.

“In addition, as an exercise of SBA’s policy discretion in furtherance of President Trump’s leadership and bipartisan support on criminal justice reform, the eligibility threshold for those with felony criminal histories has been changed,” the SBA and Treasury said June 12. “The look-back period has been reduced from 5 years to 1 year to determine eligibility for applicants, or owners of applicants, who, for non-financial felonies, have (1) been convicted, (2) pleaded guilty, (3) pleaded nolo contendere, or (4) been placed on any form of parole or probation (including probation before judgment).  The period remains 5 years for felonies involving fraud, bribery, embezzlement, or a false statement in a loan application or an application for federal financial assistance.  The application also eliminates pretrial diversion status as a criterion affecting eligibility.”

“The First Interim Final Rule provided, among other things, that a PPP loan will not be approved if an owner of 20 percent or more of the equity of the applicant has been convicted of a felony within the last five years,” the SBA wrote June 12. “After further consideration, the Administrator, in consultation with the Secretary of the Treasury (the Secretary), has determined that a shorter timeframe for felonies that do not involve fraud, bribery, embezzlement, or a false statement in a loan application or an application for federal financial assistance is more consistent with Congressional intent to provide relief to small businesses and also promotes the important policies underlying the First Step Act of 2018 (Pub. L. 115-391).”

The agency also mentioned that its authority to guarantee new Paycheck Protection Program loans will expire June 30, which means any straggler businesses who still need the money had better hustle to borrow it.

Though America is reopening and miles driven resuming, the effects of the COVID-19 pandemic and response might linger enough that some body shops could meet the PPP criteria to take out a loan before the deadline.  Borrowers must certify in good faith that “Current economic uncertainty makes this loan request necessary to support the ongoing operations of the Applicant,” among other conditions. (Consult with a qualified professional such as an attorney or accountant to see if you would meet that threshold.)