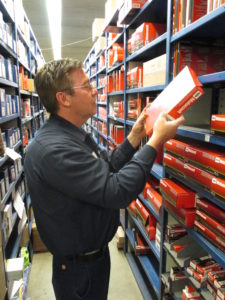 Recent research by MOTOR and Carlisle & Company reveals independent mechanical repairers’ perception of their half of the aftermarket’s OEM and alternative parts market.

The study excluded auto body shops. But its findings might still offer some lessons on parts and parts procurement for our sector’s OEMs, repairers, insurers, customers and alternative parts vendors. (And if nothing else, auto body shops sometimes will need to need to buy service and mechanical parts for a repair.)

Carlisle surveyed about 1,150 MOTOR subscribers. It also asked dealerships some of the same questions in a 2020 Service Manager Survey.

“IRFs (independent repair facilities) see OE parts as having an advantage over non-OE parts for quality/fit and customer satisfaction,” Carlisle wrote in a white paper. “These facilities rate OE and non-OE parts about the same on the subject of parts availability, technical support, and warranties. Finally, non-OE parts have a distinct advantage on price, delivery, and margins.”

“It is important to note that a portion of lost OE sales to IRFs is also a function of a lack of trying on behalf of OE dealers,” Carlisle wrote. “While retail salespeople call on IRFs an average of 19 times/year (or > 1.5 times/month), dealer salespeople call on average only 4 times/year (or once every three months). It’s hard to get the sale when you’re not even asking for it.”

Dealers also “wildly overestimate how long IRFs are willing to wait for a part to be delivered.” Independent mechanics want it in basically an hour or so, be the component for maintenance or a repair. Dealerships think they can take around 12 hours for a maintenance part and a day for a repair part.

The collision process is obviously longer, though according to Fix Auto USA co-founder Erick Bickett, actual touch time might be just a few days. So body shops seeking greater efficiency might not want to wait long either (nor likely would shops who desperately need an overlooked part to hit a delivery date.)

Customers specifically request OEM parts 20 percent of the time, which is some interesting perspective on the eternal question: Would customers demand OEM parts if insurance wasn’t reimbursing the repair? Apparently, at least a fifth of them might.

Independent shops offer those components to customers about 54 percent of the time, Carlisle found.

“Clearly, the automotive manufacturers need to do a much better job of advertising the benefits of genuine parts to increase end-user demand for their parts,” Carlisle wrote. “Relying simply on IRFs to offer OE parts eliminates half the market right off the top.”

Besides, if OEM parts carry a worse margin for the independent repairer — something survey recipients reported — then a shop potentially has less incentive to offer them.

Independent mechanics called price the main influence on a decision to order OEM parts, with parts availability second. “Dealers believe they need a 15-20% price decline to be more competitive, while IRFs believe that figure is ~5 points higher,” Carlisle wrote.

It’s also fascinating to see where independent mechanics are buying ostensibly OEM parts given the collision industry dispute over what constitutes a genuine OEM part and what should be termed “Opt-OE” or something else.

“IRFs indicate that 43% of their parts purchases are “OE parts”, yet only half of these purchases are sourced from OE dealers,” Carlisle wrote.

Carlisle managing director Harry Hollenberg said in June his company had already shared the survey data with 13 OEMs “to help them improve their OE parts offering to their IRF customers.”

Featured image: Ford released this image in 2017 in conjunction with a news release on its “Hot Shot” express parts program. (Provided by Ford)