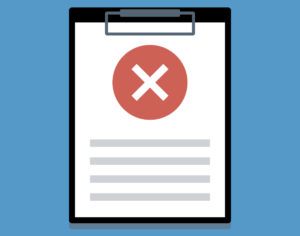 J.D. Power last month said consumers were “least likely to renew their policies when part of an insurance claim is denied.”

The data indicates consumers and body shops have leverage when an insurer refuses to cover a legitimate part of the repair. The denial could push customers possessing what J.D. Power indicates is naturally shaky brand loyalty into the book of a competitor.

“Prior to the COVID-19 pandemic, 77% of auto insurance customers were either actively shopping or experienced an adverse event that triggered shopping (e.g., poor service or a rate increase),” J.D. Power wrote in an April news release discussing another study. “Softening market conditions have done little in the way of stemming the tide of eroding brand loyalty. According to a J.D. Power pulse survey conducted April 14 when the COVID-19 pandemic was rampant, 52% of auto insurance customers said they plan to manage the cost of insurance by either reducing coverage, shopping for another carrier or switching to another carrier because of COVID-19.”

And while consumers are price-conscious, a bad experience is more likely to send them running to a competitor, according to the research firm.

This is an important item to remember when legislatures and departments of insurance hear proposals for auto insurance reforms from carriers, consumers and auto body shops and the conversation inevitably turns to predictions of rising premiums. Customers do care about more aspects of insurance than price.

“Conversely, when customers have experienced a claim that was fully approved and settled, satisfaction is significantly higher and generates the greatest likelihood of renewal,” J.D. Power wrote in June. “What’s more, those customers who experienced sub-optimal claim outcomes and remained with their carrier were more diligent about understanding their policy and what it covers going forward.”

Customer trust in their insurer also plays a significant role in satisfaction — and “insurers have work to do” here, according to J.D. Power.

“There is a strong correlation between scores for trust and those for overall satisfaction,” J.D. Power wrote in June. “On average, a one-point increase in trust (on a 5-point scale) would correlate with a 118-point increase in overall satisfaction. Despite the importance of trust, only 42% of all auto insurance customers say they ‘strongly agree’ that they trust their insurer. By fulfilling service expectations and putting customers’ interests first, among other customer-centric initiatives, insurers can succeed in this critical-to-retention metric.”

Nevertheless, price matters a lot when customers are selecting insurance, according to J.D. Power.

“Since 2012, the price factor measured in the study has increased by 54% as a key driver of satisfaction with the purchase experience,” J.D. Power wrote in April. “At the same time, there is a growing gap in overall satisfaction vs. price satisfaction. In the past decade, customers have become generally more satisfied with their current insurer in all areas except price.”

“Over the past decade, auto insurance costs have risen at two times the rate of inflation,” J.D. Power property and casualty insurance head Tom Super said in a statement in April. “That’s consuming a larger share of discretionary income and playing an increasingly significant role in household finances. Add the effects of record high levels of unemployment and the 52% of auto insurance customers who say they plan to either reduce coverage, shop for another carrier or switch to another carrier because of COVID-191, and the outcome for the industry is clear: price is going to be a bigger factor. Direct insurers are in the best position right now to benefit from this trend due to their cost-of-acquisition advantages, but there’s more to acquiring—and retaining—customers than price alone. Customers who have a poor experience are eight times more likely to shop than those who do not, and brand perception remains critical.”

That “2020 U.S. Insurance Shopping Study” ran from April 2019 through January and polled 14,300 people who sought a quote “from at least one competitive insurer in the past nine months,” J.D. Power said in April.

Featured image: J.D. Power in June 2020 said consumers were “least likely to renew their policies when part of an insurance claim is denied.” (masterSergeant/iStock)