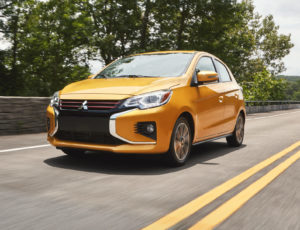 Mitsubishi announced last month that the company would launch the next-generation 2022 Outlander and refresh nearly all other models and variants by July 2021.

This rollout will also see all Mitsubishis receive autobraking with pedestrian detection standard. According to Mitsubishi, that technology involves both radar and a camera.

It’s the latest OEM planning to incorporate the advanced driver assistance system by default ahead of the Sept. 1, 2022, autobraking deadline established by automakers and the government. This means repairers might see fewer Mitsubishis if the technology prevents human-error crashes but encounter greater complexity on the models which do crash.

Collision repairers will also notice other technological and/or aesthetic changes on the 2021 and 2022 Mitsubishi model years.

First out of the gate will be the 2021 Outlander Sport, which goes on sale this fall. That one’s already been refreshed — Mitsubishi revamped it for the 2020 model year — but the OEM said the 2021 version will receive “considerable improvement to standard levels of equipment.” So repairers might see more new features beyond the standard autobraking.

Mitsubishi said the 2020 Outlander Sport was actually the start of global design chief Tsunehiro Kunimoto’s plan to refresh or bring out a new generation of every North American model. Mitsubishi called it “a look to the future design direction” of the brand. 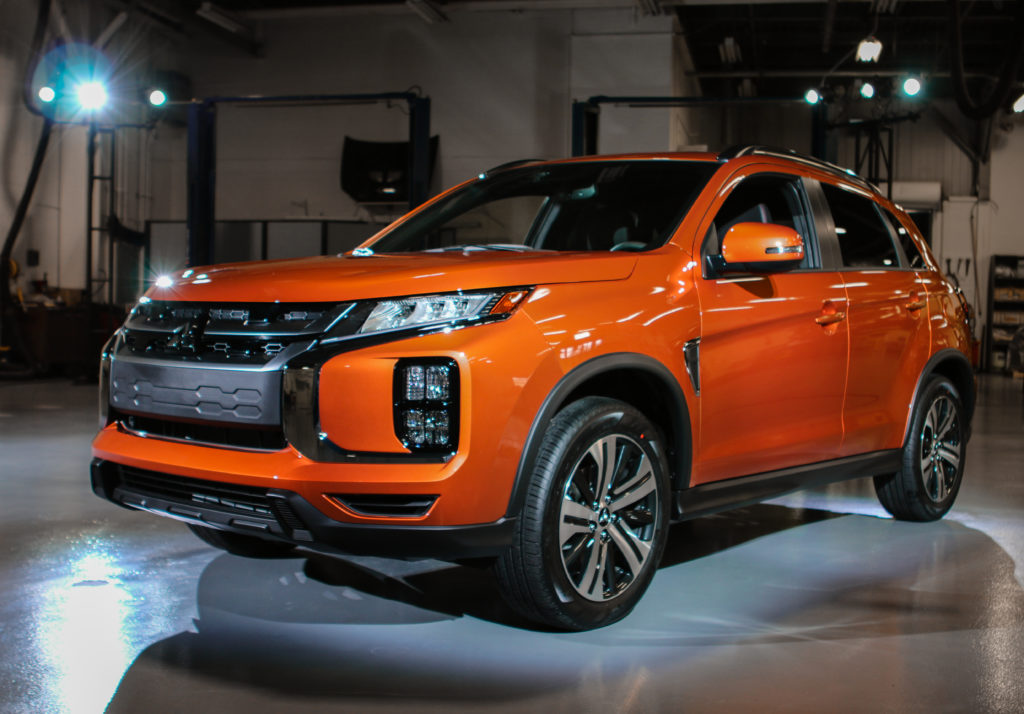 Next up will be the 2021 Outlander Plug-in Hybrid Electric, which will reach dealers in winter 2020.

“The world’s best-selling plug-in hybrid vehicle sees major revisions highlighted by a completely new powertrain, as well as a host of updates to each trim level,” Mitsubishi wrote. “The updated internal combustion engine has increased displacement and greater horsepower, and the larger and more refined electric drive system offers more all-electric range and speed of operation.”

Mitsubishi said the 2021 Mirage and Mirage G4 will sport “an extensive exterior redesign” including “bold styling.” Mitsubishi also made a point of mentioning “standard safety equipment” as a highlight on the new version, but it didn’t elaborate.

The next-generation 2022 Outlander will follow them all in the second quarter of 2021.

“The all-new next generation Outlander will be bigger, bolder and better than ever before, and will be the quietest and best-equipped Mitsubishi ever sold in the U.S.,” Mitsubishi wrote. “Completely redesigned and reimagined in every way, the new Outlander will incorporate the latest Mitsubishi design language, with a bold, aggressive, and distinctive appearance. Loaded with technology and significant interior refinements, this game-changing vehicle will surprise many.”

Generational shifts like this tend to make significant structural upgrades and introduce other lightweighting, and the 2022 Outlander will likely be another example of this.

For example, Mitsubishi in 2013 boasted that the outgoing generation’s debut model had “extensive use of highly-tensile steel in the car’s body.” The 2014 Outlander weighed “about 200 pounds less than the body of the previous-generation vehicle,” the OEM said then.

The automaker also wrote of the 2014 edition:

Mitsubishi Motors patented Reinforced Impact Safety Evolution (RISE) Body safety cell design offers an exceptional degree of protection to the vehicle’s occupants by utilizing specially-designed energy absorbing sections in the body/chassis and in key areas including the engine’s sub-frame and beneath the front floor section of the passenger compartment.

Additionally, injury to the driver’s lower legs is reduced by a receding brake pedal protection design in the event of a high-speed frontal crash.

Furthermore, the new 2014 Mitsubishi Outlander’s redesigned engine compartment hood and front fenders – along with a new open deck structure at the bottom of the windshield – offer pedestrians enhanced head protection in the event of a collision with the vehicle.

The refreshed 2021 Mitsubishi Mirage is shown. (Provided by Mitsubishi)

The 2020 Mitsubishi Outlander Sport is shown. (Provided by Mitsubishi)