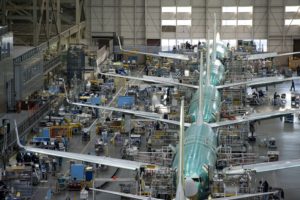 An aviation technician last month told a VeriFacts Guild 21 call that aerospace repairers risked noncompliance by using anything other than that day’s repair procedures.

The Aug. 13 webinar by aviation and power plant technician Jeff Al-Mufleh seemed to support two concepts experts have urged upon the fellow transportation industry of collision repair: Use OEM procedures, and look them up online fresh on every individual vehicle.

Asked by host George Avery (Avery Knows) if Al-Mufleh had to look up airplane repair procedures on every job, Al-Mufleh confirmed, “Every job.”

Al-Mufleh said technicans must print the procedures “every day.” Every manual used needs to bear the current date, he said.

“If it does not have that day’s date on it, then you’re out of compliance, more or less,” he said.

You can’t just print out the documents in advance, Al-Mufleh said. The procedure could have changed overnight, he said. “You just don’t know,” he said.

Avery asked about a job taking longer than a single day to complete. Would Al-Mufleh print the procedures anew the next day?

Al-Mufleh called it a “good practice, yeah.” He said about 90 percent of the airplane industry would do so, while some technicians out there would try to be “smooth” and try to get away with using the old document.

Avery asked if familiarity with a particular repair would lead Al-Mufleh to skip a step, using the example of a collision repairer and procedures that open with the idea of disconnecting the battery.

“You always want to go by the repair procedure,” Al-Mufleh said.

He shared a story demonstrating the need to go by the book.

Al-Mufleh was assigned a repair involving a small O-ring on a plane that had clearly been in the hanger for days. The repair procedure opened with directions like servicing the plane’s restrooms and disconnecting the circuit breaker.

Al-Mufleh said inbound planes typically reach him serviced, and the time the plane had spent in the hanger also suggested the work had been done.

So Al-Mufleh just ignored the step and moved on to the next operation. But when it came time to remove a collar on an elbow, the latter promptly split — dispensing feces from the unserviced “lavs.”

“I made a mess,” Al-Mufleh said. “… I didn’t service the aircraft. … I just got comfortable with my job.”

Airplane repairers’ documentation also includes charting the point of a break in the work, in case someone else needs to take over for them, Al-Mufleh said. He said the idea is to save their colleague the time of starting over from scratch on the procedures.

Asked if going to the bathroom would require such a note, Al-Mufleh said “it’s good practice to do that” if the mechanic was the only one in the facility.

“Absolutely,” such documentation would be done by any technician before leaving for the day, he said. The last hour of work for such repairers is ensuring paperwork is caught up and correct, he observed. “It’s pretty intense,” he said.

Collision repairers have complained about the difficulty in finding repair procedures. There’s a parallel in aerospace, based on Al-Mufleh’s Guild 21 event.

Like collision repair, sometimes a procedure is “hidden” in an unexpected part of a plane repair manual, Al-Mufleh said.

Al-Mufleh estimated it could take a technician in his industry as long as two hours to look up repair procedures if they were unfamiliar with the manual. Experience allowed him to find answers more quickly, he said.

Al-Mufleh observed that he could show the struggling technician the answers quickly, but the repairer was “not gonna learn that way.” He said allowing them to do so also produced a sense of accomplishment.

The next Guild 21 call will be Oct. 8 at 2 p.m. Email guild21@verifactsauto.com for details.