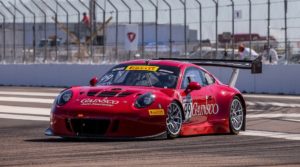 State Farm on Thursday announced its first purchase of a fellow carrier in its 98-year-old history: a $400 million cash deal for nonstandard auto insurer GAINSCO.

“We believe this acquisition positions both our company and GAINSCO well for future growth,” State Farm CEO Michael Tipsord said in a statement. “Because of our competitive value, broad line of products, and exceptional customer service from our employees and 19,200 State Farm independent contractor agents, customers have made us the largest property and casualty insurer for several decades. We are excited for the opportunity State Farm agents will have to serve a market that has historically not been open to them. This will help us further toward our goal of serving more customers in more ways.”

“GAINSCO is a leading provider of non-standard auto insurance products in the markets we serve and we look forward to partnering with State Farm, its agent network and our existing agency channels to achieve our mission of becoming a nationwide leader in the fastest growing segment of the auto insurance market,” GAINSCO Executive Chairman Bob Stallings said in a statement.

The deal is subject to GAINSCO shareholders’ approval and other variables, but it is expected to close in early 2021. State Farm will buy all of GAINSCO’s publicly traded stock for $107.38 per share.

“This transaction creates value for GAINSCO’s shareholders and is especially opportunistic for our GAINSCO team, agency base, policyholders and plans for future growth.” GAINSCO Executive Chairman Bob Stallings said in a statement.

State Farm said it would preserve GAINSCO as a subsidiary rather than just incorporate its book of business.

“GAINSCO will continue to operate as a separate company and brand with continued focus on its current objectives,” State Farm wrote Thursday. “Over time, the parties expect to provide State Farm agents the opportunity to distribute GAINSCO products in addition to State Farm products and services.”