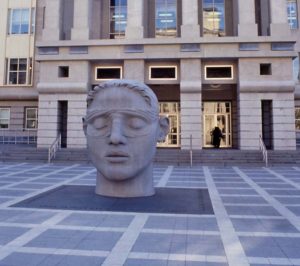 The U.S. District of New Jersey this summer refused to reconsider a February decision permitting a widow to explore whether an independent adjuster, his employer, and the insurance company who hired them bore any blame for her husband’s death.

Vazquez didn’t rule on the merit of the ACP’s argument in his July Hankins v. PCIC et al decision. Instead, he said neither the appraiser nor appraisal company “failed to identify any clear error of law” in their motion for reconsideration, and so he wouldn’t reconsider anything. Thus, “an amicus curiae brief would not assist the Court in any manner,” Vazquez wrote.

Ironically, Vazquez had actually granted summary judgment to the defendants in 2018, but the Third Circuit Court of Appeals overturned it and kicked the case back to him in 2019. This time around, Vazquez mostly denied the defendants’ requests for summary judgment in a February ruling, prompting the unsuccessful motions for reconsideration and amicus curiae.

Kincaid inspected her property after 2012’s Superstorm Sandy uprooted a large tree, leaving a 1.5-foot hole in the ground and exposing a 12- to 15-foot-wide root ball on the tree. C&C, which had a claims services agreement with PCIC, assigned Kincaid to the job.

The 2019 Third Circuit opinion also noted that “Kincaid later stated that the hole was not damaging the property’s foundation; instead, he included it on a claims form in order to maximize the Hankins’ recovery so they had enough money for a professional tree removal service.”

Kincaid inspected the tree with the trunk still attached. Later, some neighbors cut up the tree and tried to push the root ball into the hole, but were unable to do so. One warned Vernon Hankins of the danger of the root ball tipping over.

Vazquez had initially granted summary judgment to all of the defendants in 2018, arguing that April Hankins hadn’t provided enough facts to suggest Kincaid’s actions led to Vernon Hankins’ death.

The Third Circuit felt that this well might be the case, but “we do not think the issue is so clear-cut that it may be resolved as a matter of law.” The facts should go to a jury to resolve, the appellate court said. 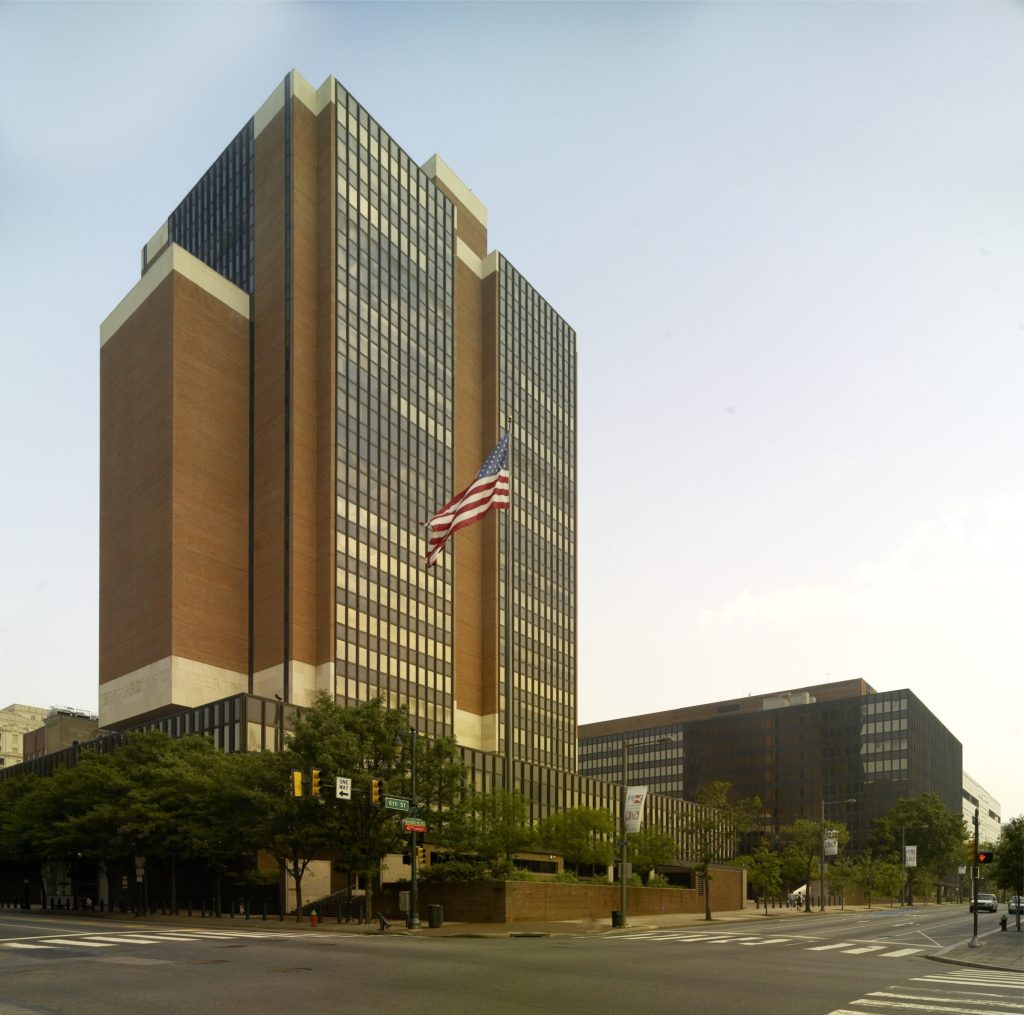 Since Vazquez had concluded the defendants won on the summary judgement question, he didn’t in 2018 rule on the questions of Kincaid’s duty to the Hankins couple and PCIC’s vicarious liability for Kincaid’s actions. The Third Circuit kicked these topics back to Vazquez.

Here’s where things get interesting. Vazquez in February felt the Third Circuit’s ruling implied Kincaid would have a duty to the Hankinses.

Although the Third Circuit did not address whether Kincaid owed a duty, it did make several observations that are pertinent to the present analysis. First, the Circuit explained that “the heart” of Plaintiffs claim is that Kincaid “gave the family negligent instructions about the fallen tree” during his inspection. (Emphasis Vazquez’s.) Next, the Circuit recognized that there is a genuine issue of material fact as to what instructions Kincaid actually gave to Mr. Hankins during the inspection. … Plaintiff asserts that Kincaid told Mr. Hankins that Mr. Hankins needed to get into the hole and backfill it by hand; Kincaid indicates that he never did so. The Third Circuit continued that “[i]f Kincaid instructed Mr. Hankins to get into the hole, a jury could reasonably conclude that the risk of harm would come to Mr. Hankins was ‘within the realm of reasonable contemplation[.]’” (Komlodi v. Picciano.) The Circuit observed that while “Kincaid explained that the weight of the tree trunk counterbalanced the weight of the root ball, he testified that he was aware the tree would likely be cut back further after his visit. The risk of the tree uprighting would increase as the trunk continued to be cut back.”The Third Circuit determined that, as a result, “[a] jury could therefore conclude . . . that if Kincaid instructed the Hankinses to backfill the hole but did not advise them about the risk the tree could poses as it was cut back, it would be foreseeable that they would be injured while working under the tree.” (Emphasis Vazquez’s.) The Third Circuit’s observations inform the Court in two respects. First, the Circuit appeared to view the duty issue as one based on affirmative advice from Kincaid. Second, the Circuit appeared to indicate that foreseeability of harm was sufficiently established (provided that a jury believed that Kincaid instructed Mr. Hankins to get into the hole to backfill it). (Minor edits.)

Vazquez also felt that “fairness dictates that if Kincaid in fact gave the Hankinses instructions as to how to backfill the hole, he had a duty to not give negligent instructions.” He pointed out that Kincaid was “a professional insurance adjuster” and had “a position of trust with the Hankinses.”

“Thus, the parties’ relationship weighs towards finding a limited duty here,” Vazquez continued. “The nature of the attendant risk, and the opportunity and ability to exercise care also weigh in favor of finding a duty. Given the fact that Mr. Hankins died, the nature of the risk was extremely serious and Kincaid’s ability to give proper instructions was minimal in comparison. Finally, public policy weighs in favor of imposing a limited duty of care once Kincaid affirmatively chose to tell the Hankinses how to fill the hole. Specifically, there is a public interest in protecting homeowners who are dealing with property damage from further risk of personal injury or more extensive property damage.”

Vazquez said Kincaid and C&C “heavily” used a 2016 U.S. District of Connecticut ruling in Calhoun v. Providence, which found an insurer didn’t owe a duty to tell a homeowner about mold it found. But that ruling noted that the adjuster in that case was hired to inspect a boiler, not mold, according to Vazquez. The adjuster wasn’t obligated to tell the policyholder about other things he happened to notice, according to the Connecticut federal court, which felt creating such a duty would expose insurers to a bunch of liability for investigators’ observations unrelated to the actual claim.

In the New Jersey case, the items aren’t peripheral matters like the mold, Vazquez wrote:

Although the parties disagree as to the scope of coverage for the tree removal, at a minimum, the parties appear to agree that the cost to remove the part of the tree that was covering the damaged fence was covered … There is also a genuine issue of material fact as to whether the dislodged root ball damaged the foundation of the Hankins’ home, and whether this damage was covered under the policy. The reasoning employed by the court in Calhoun, therefore, is inapplicable because the removal of at least part of the tree was within the scope of coverage, and the tree itself was relevant to Kincaid’s inspection. More importantly, there is a material issue of fact about whether Kincaid affirmatively told Mr. Hankins to backfill the hole by hand.

Kincaid’s affirmative advice triggered “a duty not to give advice in a negligent manner,” Vazquez said. “Of course, whether Kincaid actually gave the instruction(s) alleged by Plaintiff is for a jury determine.”

Vazquez also ruled that PCIC could be vicariously liable for Kincaid’s behavior, because enough facts existed that “a reasonable jury could conclude that Kincaid was acting with the apparent authority of PCIC.”

It’s important to again stress that Vazquez isn’t declaring that Hankins won the case and PCIC, Kincaid and C&C lost it. Nor is he saying he believes Hankins’ account over Kincaid’s. Instead, he’s ruling that she deserves her day in court instead of having her case thrown out for being too weak or legally invalid. It’ll be up a jury to determine if Kincaid had a duty and PCIC had liability for his actions and whether anything improper actually occured. 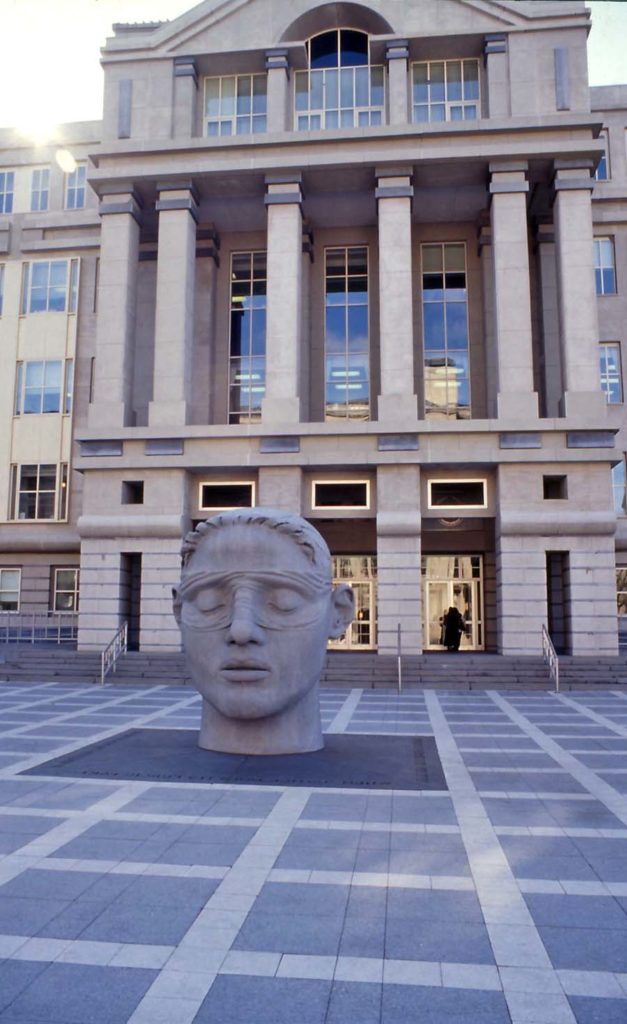 If Vazquez’s ruling stands, it raises some interesting questions about what liability/duty an independent automotive adjuster and auto insurer would incur for behavior related to an initial estimate.

What would calling a nondriveable vehicle driveable mean? What about failing to warn a customer about operations always or likely required on estimates, such as measuring, restraint system inspections, ADAS calibration, and diagnostic scans?

The duty question could be exacerbated if the adjuster doubles down during the supplemental process and contradicts an OEM repair procedure as invalid.

Meanwhile, in its unaccepted amicus brief, the ACP argued that “the fear of conveying any information that could be construed as instructional, would bring open communications between a field claims adjuster and an insured to a standstill. … Delays in resolving claims would also inevitably result. …

“Distinguishing between ‘affirmative advice’ and general statements relating to the appraisal/recovery process would be baffling,” the ACP wrote. “Even the most nebulous of comments could give rise to liability.”

Independent adjusters handle about 30 percent of all U.S. claims, the ACP said.

“In practice, the independent adjuster bears ultimate responsibility to his or her principal — the insurer or self-insured entity,” the ACP continued.

The trade group noted the conflict of interest created if the adjuster had a duty to the carrier and to the policyholder. It argued that the concept of a duty to the insured would seem to fit better in the context of a public adjuster — whom a policyholder could always hire if they want help, it said.

The ACP also suggested the policyholder could just sue the insurer, who did bear liability for the adjuster’s behavior, citing legal opinions supporting this point.

Finally, the ACP also noted no New Jersey court had ruled on the idea of an independent adjuster’s duty of care.