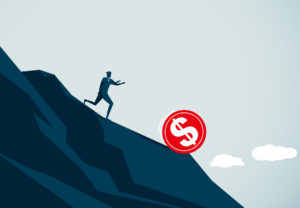 Auto body shops lamenting an inability to make money on paint materials might be defining the concept far more broadly than their paint material rate had been set up to cover, according to 3M.

Scharton will explain such potential errors during “Material Planning: How to Use the Best Materials AND Increase Your Profit,” one of the courses in SCRS’ 2020 virtual Repairer Driven Education series Nov. 2-6. The session will be released Nov. 6 and replayable on-demand through Aug. 31, 2021.

3M studied about 1,400 invoices from 98 different shops, “slicing and dicing” the jobber bills, according to Scharton. It found that 5.5 percent of shop spending were items “not related to the repair,” such as tools, equipment, laptops, tablets, coffee and hand soap, he said.

From an accounting perspective, these are probably more aptly classified as fixed costs or capital expenditures, not as paint materials spending. And the paint material rate might not have been designed to recoup those expenses.

Eleven percent of the jobber bill could be attributed to body material, such as welding wire or structural adhesive, he said. Most shops aren’t even charging for it, “but there is cost,” Scharton said.

Scharton said many small to medium-size repairers won’t take the time to break down the jobber bill in this fashion. Other repairers will create different accounts for paint, tools and everything else, which is a “step up the ladder” — but “where are you putting everything else?”

Scharton called the problem a holdover from decades ago when all the material costs were in the paint department. Seam sealer, structural adhesives and noise, vibration and harshness items were minimal or nonexistent considerations. Because of that “legacy tribal knowledge,” repairers still think materials costs are only a paint department issue, he said.

Two-thirds of the average jobber bill is paint, and another 15 percent is associated with painting. But a “huge chunk” — 17 percent — isn’t paint-related at all but is getting treated like it, according to Scharton. 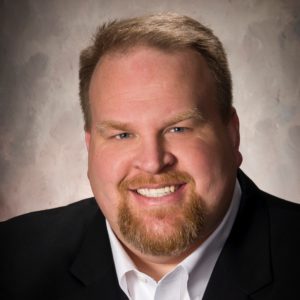 Scharton noted that this accounting oversight can even trip up jobbers. He said 3M a few years ago noticed that a distributor had a service level agreement on the cost of materials and kept triggering a rebate penalty over this metric being too high as a percentage of sales.

When 3M investigated the matter, they realized that the jobber was a victim of its own success. The distributor had also been closing sales with the shop on items like a refrigerator, which aren’t variable costs at all. But these were being factored into the percentage.

He said many shops plan to have materials account for roughly 10 percent of sales. If the goal is for 40 percent gross profit, they should be paying out 6 percent in sales in material costs. For example, a shop doing $1 million per month would be buying about $60,000 worth of materials.

A repairer could develop such a rate. Scharton said he’d been in three shops who have a body material rate, and the estimating services are able to accommodate the additional category. Or the repairer’s bill could reflect itemized body materials.

“You need to do one or the other,” Scharton said.

Some repairers’ accounting/profitability solution is to sell body material as though it were a vehicle part. That’s an option too, but it must be reconciled in one’s accounting system, according to Scharton.

For example, if body materials are treated as paint material expenses coming in but parts revenue going out, it might be harder to get a sense of either segment’s business performance and if corrections need to be made.

Even if at the end of the day it’s all part of the shop’s overall gross profit, it’s better to keep associated revenue and expense “in the same bucket,” Scharton said. It’s about “really understanding your numbers,” he said.

One tool for repairers attempting to get a handle on body material P&L might be a body material planner. Scharton said this could help calculate the amount of a particular item needed on a job with inputs such as OEM procedure information and the bead length of the substance present on the actual vehicle, according to Scharton.

This information could also be provided to the back of the shop so technicians know what they’re expected to use. “It really starts to close the loop,” he said.

There’s even the possibility of using the concept for quality control. Scharton at one point used an example of a repairer who estimates two cartridges of a substance will be needed to fix the car. If only one cartridge has been consumed by the end of the repair, was the job done correctly? Or, if twice as much of a product was used than expected, did the shop waste some of it?

Sign up for Scharton’s course here. Individual RDE classes are $75 and replayable on-demand through Aug. 31, 2021. SCRS also will offer a $375 full-series pass good for entry to the more than a dozen virtual sessions and the $150 virtual OEM Collision Repair Technology Summit.

Shops who can’t seem to make money on paint materials might be mischaracterizing other expenses in that category, according to 3M. (erhui1979/iStock)