Despite reports of shops closing their doors, industry experts for years have fixed the number of collision repair businesses at between 32,000-36,000, Collision Advice CEO Mike Anderson said on a webinar this fall.

“The number never changed,” he said during an Oct. 29 event.

The chart showed the number of auto body repair businesses in each state that year who paid payroll taxes. It contrasted these tallies with 2012 shop counts.

Only 10 states saw declines, with the largest reductions in Illinois, Ohio and New Jersey. The industry seems to be holding steady. 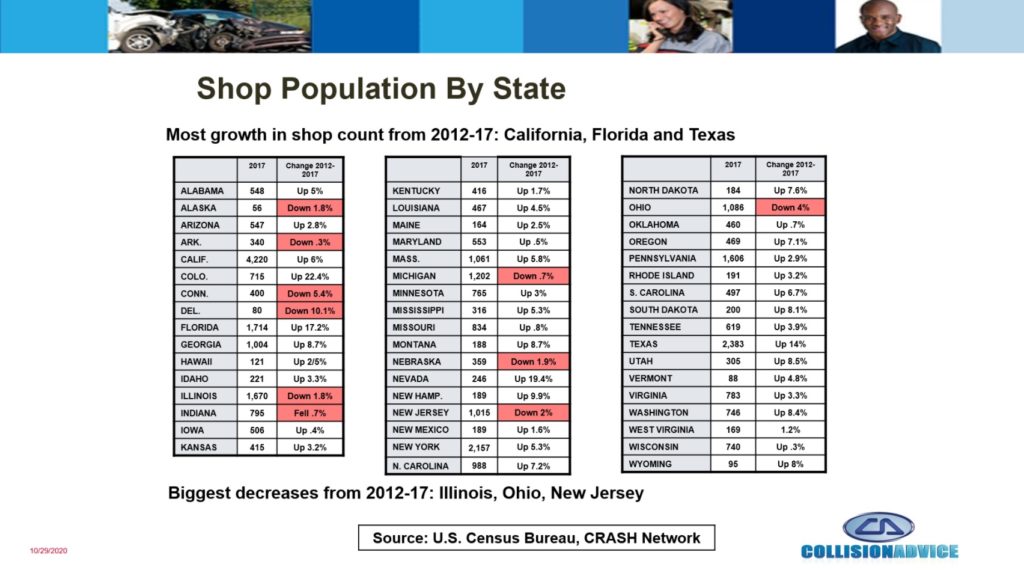 No state had a “backyarder” population averaging six figures in business income, based on the publications’ analysis of Bureau of Labor Statistics information. 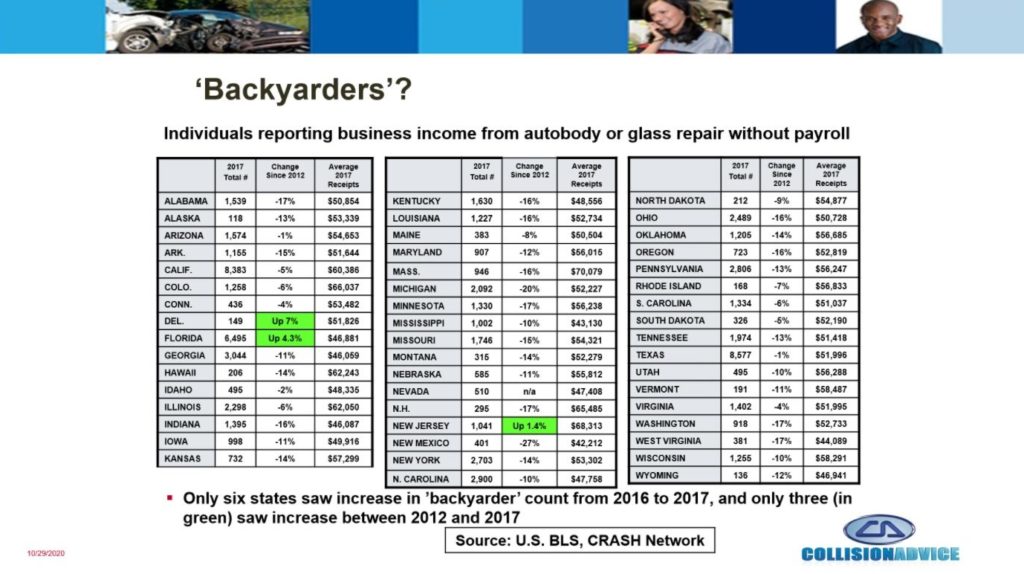 All but six states saw year-over-year declines in “backyarder” auto body and glass operations between 2016 and 2017, according to CRASH Network’s analysis of Bureau of Labor Statistics data. Only Delaware, Florida and New Jersey had more shops in 2017 than they did in 2012.

We pulled Census data for businesses within the federal NAICS industry Category 811121, “Automotive Body, Paint, and Interior Repair and Maintenance,” between 2012-17. This appears to be capturing the same payroll tax-paying companies CRASH Network did.

And of course, the federal data only reaches 2017. The industry has seen some significant consolidation since then. So it’ll be interesting to see what future Census data reports for 2018-20.