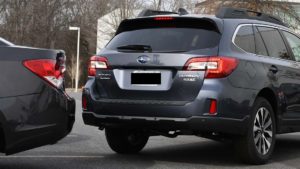 The success of the technology recounted by the HLDI’s sister organization suggests a significant threat to auto body shop volume. It also represents another advanced driver assistance system which will need to be properly restored to deliver the same crash protection to your customer and the motorists around them. (The IIHS said the tech will leverage sensors like cameras and radar.)

Incidents of rear vehicle damage of less than $2,000 comprised 17 percent of all collision claims between 2010-17, according to HLDI research cited by the IIHS.

2018 crash data from the Indiana Criminal Justice Institute also confirm a large number of crashes arise while someone is backing up. Backing crashes represented 9.3 percent of all state crashes and 10.8 percent of Indiana crashes with property damage but no one killed or hurt.

The Indiana statistics also found that “(u)nsafe backing” accounted for about 10.4 percent of all crashes and 12.6 percent of property-damage-only crashes attributed in some way to the driver.

Backing crashes were among the least likely crashes to leave fatalities in Indiana.

“Backing crashes generally happen at lower speeds than front-to-rear crashes,” HLDI Senior Vice President Matt Moore said. “That means they’re less dangerous, but the costs from vehicle damage can add up.” One wonders if the lower speeds increase OEMs’ chances of further slashing such crashes with technology — there’s less velocity and perhaps more time for the AI to react. 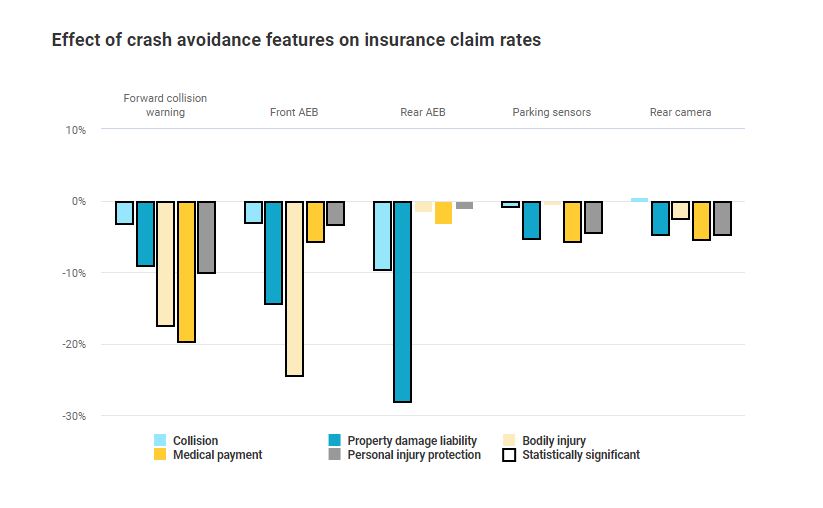 The IIHS called rear autobraking the “standout feature” when HLDI conducted its annual roundup of its research. The HLDI had expanded its rear autobraking data set, adding statistics from 2015-18 Subarus to its earlier work involving 2013-15 Cadillacs, and analyzing the new results.

Only front autobraking, rear autobraking and forward collision warnings to date have been shown to lead to double-digit claim frequency declines, regardless of coverage, according to the IIHS.

New vehicles already have backup cameras mandatory as of 2018, but the HLDI has found these aren’t nearly as effective at preventing crashes. Parking sensors aren’t as good either, according to the HLDI.

That said, both pieces of tech still work well enough that body shops should be prepared for an erosion of volume.

“Claims data show that collision avoidance technologies that automatically intervene to prevent or mitigate crashes are more effective than warning-based systems,” Moore said in a statement. He also pointed out that forward collision warning wasn’t as effective as frontal autobraking.