CCC announced Wednesday its existing owners and the publicly-trade Dragoneer Investment Group spinoff had  agreed to a merger and subsequent listing of shares on the New York Stock Exchange. Dragoneer will assume a notable minority stake of about 12 percent in the company with an investment of several hundreds of millions of dollars. The deal still leaves Advent as the majority owner and  values CCC at about $7 billion.

The video event Advent, CCC and Dragoneer held Wednesday discussed the deal and also presented some data about CCC operations. What appears to be a slightly different version of the video pitch can be viewed on NetRoadshow here; use the code FUTURE30.

96 percent of CCC’s revenue is recurring and collected by customers locked into what’s typically 3- to 5-year contracts, CCC Chief Strategy Officer Marc Fredman said. A slide indicated the average insurer had a 3-5 year contract, the average shop had a three-year agreement, and all other users averaged a three-year deal as well.

Dragoneer partner Christian Jensen said CCC had a “predictable, annuity-like business.” He also said CCC “has moats around the business … among the most durable we’ve ever seen”

70 percent of the company’s revenue as of December 2019 was derived from body shops and insurers who’ve been with the company more than 10 years or longer, according to Fredman.

CCC also came out OK in 2020, which Herb said highlighted the resiliency of the business. Revenue grew 5 percent, lower than historical trends but still an increase, and the company experienced no significant loss of client base, he said. He described revenue instead as impacted by factors including customers completing fewer transactions and delayed or deferred plans for new usage. 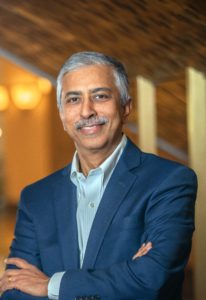 CCC CEO Githesh Ramamurthy said the CCC cloud sits at the center of a customer base including auto body shops, insurers, automakers, parts providers, fleets and rideshare companies. He called the “most important” element the fact that each of CCC’s customer pools represented the “most important trading partners” for the other sectors.

“That is a very important part for how we have built out this network,” he said. He noted that body shops and insurers “benefit enormously” the more participants from the other industry are present on the system. CCC counts more than 300 insurers — including 18 of the Top 20 — and 25,000 repairers — including 100 percent of national MSOs — among its users, according to the presentation. CCC also does business with 12 of the Top 15 automakers and more than 4,000 parts suppliers.

CCC’s smallest auto body shop does $100,000 in revenue a year, according to Ramamurthy. Its No. 1 collision repairer pulls in $4 billion, he said.

Fredman described each claim as a “domino” generating business for a variety of segments — and CCC, which can create value “multiple times” during this process.

Increased digitization led to “tremendous acceleration” in CCC usage, according to Ramamurthy. Increased repairer, insurer, OEM and parts suppliers on the platform then fed even further growth in the various segments in a “threshold effect,” he said.

CCC organic revenue growth has been 10 percent between 2015 and 2019, with its performance stronger in recent years, according to Herb. He said this was driven by new products, clients digitizing, and the “expanding network effect.” During that time, EBITDA rose by 13 percent, and CCC’s adjusted EBITDA margin rose from 27 percent to 30 percent, according to a slide.

“The strength of CCC’s network effect is perhaps unmatched in the world of software,” he said.

Jensen called CCC the “fabric that stitches this industry together.”

Stad said his company had been focused on the “customer love” CCC’s users have — the “obsession” it engenders. “We love to see that in our portfolio companies.”

He said it’s rare to find a company with a net promoter score of 80, “particularly serving the insurance world.”

According to CCC CEO Githesh Ramamurthy, even Apple and Amazon don’t do that well, posting NPS in the high 60s, low 70s range.

The presentation also focused on CCC’s technological capabilities. Herb predicted CCC would see 13 percent growth over its 2020 levels, 50 percent of the growth tied to newer products or items CCC plans for 2021. 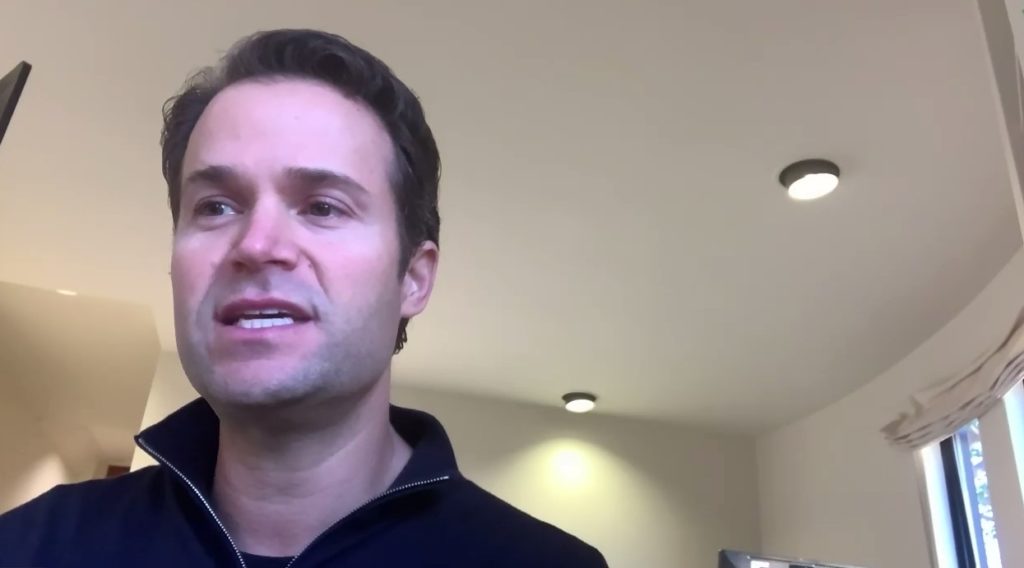 Stad called CCC one of the driving force behind the digitization of the insurance economy. Ramamurthy estimated a more than $35 global billion market opportunity existed for CCC as a multitrillion-dollar industry experienced “rapid” digitization.

According to CCC, insurers spent a third of the $600 billion in property and casualty premiums collected from customers on indemnity and the administrative task of processing claims. “This is what the CCC cloud powers,” he said.

Fredman showed a slide estimating that CCC globally had an opportunity to collect $15 billion digitizing claims handling, $10 billion “(e)liminating leakage” and another $10 billion from the claims payout process by connecting parties. The company is working to replicate what it’s doing in the U.S. for China, he said.

CCC also found a great deal of customer appreciation for its technology during the pandemic year 2020, Ramamurthy said. He described clients noting that they had to send thousands of staff to work from home, and CCC represented the only way customers could be served.

CCC has heard “repeatedly” that digitizing the process boosts efficiencies but also produces the kind of positive experience want to give policyholders, according to Ramamurthy. “This is gonna continue for a long time,” he said, calling it a “secular trend.” 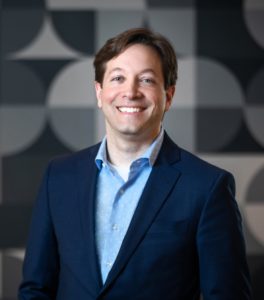 Fredman said that while the collision repair segment still had “a long way to go” on digitizing, “one notable example” had been shops engaging with customers online — with 25 percent of all CCC shop users adopting its CRM product CCC Engage in 2020.

With COVID-19 “accelerating demand across the industry,” CCC’s EBITDA margins grew from 30 to 34 percent in 2020, Herb said. Its gross margin is 75 percent, he said.

“Both of those have room to move,” Herb said.

A slide noted that the collision repair industry did consume more of CCC’s products between 2010 and 2020. In 2010, 89 percent of CCC’s shops were only using one of the information provider’s systems. By 2020, 64 percent of CCC repairer clientele subscribed to at least two of its products.

Ramamurthy also called CCC one of the world’s first companies to commercialize artificial intelligence in the space.

Fredman said CCC has spent “heavily” on artificial intelligence, calling it “not just a buzzword” for CCC. The company has worked for many years on deep learning algorithms, and it can roll them out with a “minimum amount of effort” to users.

Jensen said that while many companies claim an artificial intelligence data asset, “CCC actually delivers it,” and Dragoneer felt it was the only company that could do so in the space.

Stad said Dragonner also viewed ADAS and early autonomy as a plus for CCC’s business. Dragoneer’s background in ride-sharing, autonomy and electric vehicles “has only made us more bullish” on CCC’s property and casualty insurance role in these trends, he said.

Correction: An earlier version of this story misspelled CCC Chief Strategy Officer Marc Fredman’s name. The article has since been updated to reflect this.

Correction: An earlier version of this article contained an incorrect description of how insurers used property and casualty premiums. According to CCC, insurers spent a third of the $600 billion in property and casualty premiums collected from customers on indemnity and the administrative task of processing claims. The article has since been updated to reflect this.