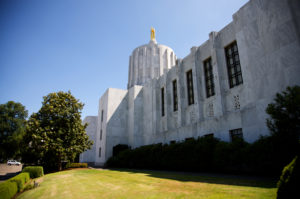 A Washington legislative hearing Monday suggested Oregon’s consumer-friendly appraisal clause law as one solution to an imbalance of power between policyholders and their auto insurers.

Oregon requires an insurer to pay a policyholder’s appraisal costs if the amount awarded in right to appraisal proceedings exceeds the carrier’s last offer prior to the initiation of the RTA.

Both a professional appraiser and a consumer attorney supported using that concept in Washington state during Monday’s Consumer Protection & Business Committee discussion of House Bill 1428. Bill sponsor and committee Chairman Steve Kirby, D-Tacoma, who intends to use HB 1428 as a vessel for some form of auto insurance reform bill, also expressed interest Monday.

Kirby seeks to fix what he described as the issue of a process “heavily weighted” in favor of an auto insurer’s opinion on what should be paid for a collision repair.

Mike Harber, a licensed professional appraiser who represented the Professional Automotive Repair Alliance, told the committee he represented 87 insureds in disputes with their carrier in 2020.

“We won every single one of those claims,” he said.

The lowest-dollar case saw his client receiving another $1,200 the insurer owed on the claim, he said. The largest recouped more than than $65,000 underpaid by the carrier, according to Harber.

But clients have to pay for his help, and the average consumer couldn’t afford the cost of exercising their auto policy appraisal clause, he said.

Harber argued that Washington consumers were having to pay to collect money they were already owed — by virtue of already having paid premiums and a deductible.

“Why do we have to pay again?” said Harber, who proposed a reform similar to Oregon’s.

Appraisal clauses, also known as “right to appraisal” or RTA, allow disputes over the amount the insurer owes in a loss to be resolved without everyone having to go to court.

They’re not necessarily going to be present in every insurance policy, and their parameters can vary based upon the wording of an individual policy. But the general concept goes something like this:

After reaching an impasse on the amount owed the consumer, either the insurer or policyholder can invoke the appraisal clause. Each side hires an appraiser, and both appraisers agree upon a third appraiser to serve as an “umpire,” with the umpire’s costs split between the policyholder and insurer. If any two out of the three agree on a dollar value for the loss, that amount is binding.

Note that the consumer must pay their appraiser, and potentially half of the bill for an umpire.

But Oregon Revised Statutes 742.466 says the insurer has to pay the customer’s costs if the appraisal process produces a higher amount than the carrier’s last offer before the right to appraisal is invoked.

Thus, if an insurer mistakenly or intentionally lowballs consumers, the consumer isn’t forced to go out-of-pocket to be made whole — which in additional to being unfair might be counterproductive.

During a recent Collision Hub broadcast, Vehicle Collision Experts CEO and professional appraiser Mark Olson pointed out how exercising an appraisal clause could result in a pyrrhic victory for the customer.

“You spent a grand to chase $1,500,” Olson said. Small-claims court makes more sense, according to Olson.

Hansen said clients “so many times” tell him they would never hire an attorney but are inspired to do so by insurers’ unfair treatment. This often involves a “lowball offer” for a repair or a total loss.

Consumers lack a “fair and economical” — he defined the latter term as “cost-effective” — way of handing insurance disputes, Hansen said. He too advocated the Oregon appraisal clause option, later observing that the current appraisal process could be prohibitive given the consumer’s inability to recoup the costs of an appraisal or umpire.

Kirby said Monday he had an interest in the Oregon appraisal law and said it would be possible to incorporate due to his placeholder bill’s title.

There’s a couple of practical arguments supporting applying the Oregon concept in Washington or other states:

First, the consumer can’t collect in Oregon unless they were first vindicated by either the insurer’s own appraiser or an umpire agreed to by the insurer’s appraiser. The customer is being recouped for money they definitely shouldn’t have had to spend in the first place — according to the insurer’s own representation.

This isn’t a situation where some mythical ambulance-chasing lawyer hoodwinked a jury or nuisanced a settlement for the consumer. It’s the insurer’s own people who confirmed the carrier’s offer to the consumer was too low and, ergo, the consumer was in the right. (For that matter, the customer can’t pick a mythical ambulance-chaser to handle the case. Oregon requires a consumer to use an appraiser licensed “under ORS 819.480 … or a person who has been issued a vehicle appraiser certificate or license by another state or government body.”)

Second, the inevitable lawmaker and insurer concern that “premiums will skyrocket” doesn’t fly.

ORS 742.466 has been in place in Oregon for 11 years, since Jan. 1, 2010. We can scrutinize its effects using the most recent National Association of Insurance Commissioners premium data, which tracks the years 2013-17 — well into the law’s tenure. 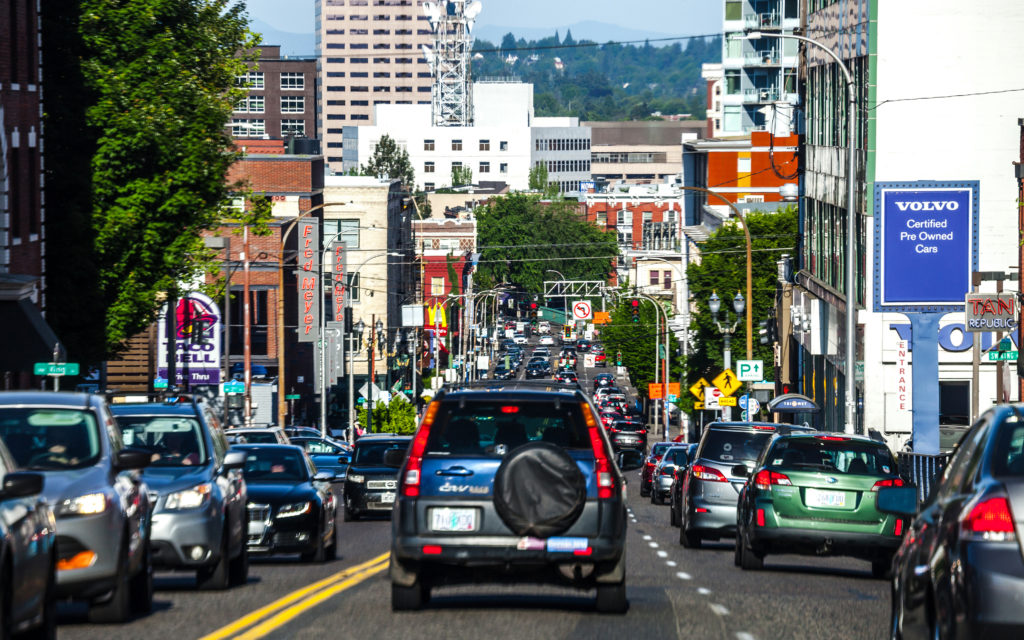 Northwest Insurance Council President Kenton Brine said Monday he thought the Oregon statute only applied to total losses, not repairable vehicles, and it could be problematic applying it to the latter.

However, the three-shop Oregon MSO Precision Body and Paint told us Thursday their customers have had no issue using the law on repairable vehicles.

Owner Ron Reichen said that prior to COVID-19, his company had seen its customers averaging one or two appraisal clause actions a month — and “never not having success.”

He described many RTA proceedings as handled without having to hire an umpire.

Kirby is seeking to fix a problem he linked to Section (4)(c) of Washington Administrative Code 284-30-390.

“To me, that says, and in practice it has in fact been used, to mean that ‘that’s just the way it’s gonna be,” Kirby said.

If the insurer doesn’t accept the amount estimated by the customer’s preferred shop, “’there’s not anything you can do about it.’ Ultimately, that’s how it keeps ending up,” Kirby said.

A consumer could sue the carrier, but insurers have “armies of lawyers” and the policyholder might not, he said. He also argued that no attorney would take a case over a $2,500 claim.

“It’s just unfair,” Kirby said. He said he wasn’t trying to make the process unfair for insurers, but “I just want to level this playing field.”

That bill ultimately died without further action in Rules Committee. Its primary solution for addressing the imbalance Kirby described involved declaring OEM procedures necessary and placing the burden of proof on an insurer to dispute a charge’s reasonableness.

The initial version of HB 2782 did contain a concept similar to Oregon’s, but that draft would have taken the concept further than the neighboring state’s law. Kirby’s committee wound up stripping the language out of the bill it advanced.

Unlike Oregon’s ORS 742.466, the old HB 2782 language mandated an appraisal clause be placed in Washington insurance policies. This clause must state:

Oregon doesn’t require insurers to offer an appraisal clause, and ORS 742.466’s consumer-recoups-costs language only applies to policies which do.

“If a motor vehicle liability policy does not contain a provision described in subsection (1) of this section, then notwithstanding any other provision of the policy, any resolution of the dispute shall be subject to rules adopted by the Director of the Department of Consumer and Business Services,” the law also states.

The Oregon Capitol is shown. (eyecrave/iStock)