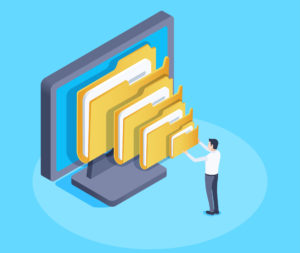 A auto body shop might benefit from a “triage tech” dedicated to researching OEM repair procedures, based upon a presentation last week by an Illinois repairer and consultant familiar with the concept

However, given the presenters’ suggestion that the position fosters what ought to be industrywide goals of quality repairs, uncertified shops might wish to examine the idea as well.

Phillippi said an industry misconception held that a shop automatically always repaired vehicles correctly because it was certified.

Phillippi said a shop also needs to plan how to implement a process to fix the vehicle correctly.

A “big cost” involves paying a person to research how to properly repair a vehicle, he said.

“The equipment is one thing,” Phillippi said. But you need this human researcher as well, he said, describing the job as providing information like the proper installation of a quarter panel or the measurement of a steering column after a collision.

Determining all the necessary operations, billing for them and documenting them is the repairer’s opportunity to realize a return on investment, Phillippi said. But it’s probably something repairers aren’t prepared to address, he said.

“I know we certainly weren’t prepared for that,” Phillippi said. He described Body Builders achieving certified and then wondering, “‘Now what?'” How could it be sure it was fixing vehicles correctly, documenting it, and so on.

Quintero, who spent two decades at Body Builders and had a stint as financial controller at O’Hare Auto Body, said she was present when Phillippi’s shop hired its repair procedure scholar. Body Builders called the staffer a “triage tech,” whose task was to research and document a proper repair and provide the technician and estimator with the information to fix and estimate the car properly.

Establishing that role “made a huge difference,” Quintero said. However, it carried a “cost component” — the shop must generate enough revenue to offset it, she said.

But “it’s so huge” in terms of importance, according to Quintero. She said an estimator lacks the time to handle both the estimating and research themselves. Creating a triage tech was “such a smart thing that they did,” she said of Body Builders.

Most repairers don’t think of it, though the concept is becoming more common, she said. She lauded Phillippi’s foresight for realizing three years ago that the shop would need such an employee “‘because it’s so inundating.'”

Another question to consider: “Where do you do that?” Phillippi said. What point from intake to disassembly to awaiting parts would this person research these repair procedures, he asked.

Originally, the triage tech hit the repair manuals before the estimate and researched what was visible at that point, Phillippi said. But he likened this to “taking shots in the dark” and said the process “created a bunch of waste.”

Body Builders concluded it worked better to have the estimator write a sheet — then send in the triage tech to “scrub your estimate for all the operations that need to be done to that car.”

Phillippi described the shop’s process as followed. The customer drops off the vehicle at check-in. Body Builders pre-scans it, with the scan dropping into the file, and documents the vehicle before sending it to the estimator. Phillippi said the shop shoots for 100 percent disassembly, though “we’re not perfect,” with the estimator writing while the  technician takes the car apart.

“Somewhat simultaneously,” the triage tech can look up the “basics,” he said.

After the estimate is complete, the shop will “scrub it” for other operations, according to Phillippi.

He gave the example of a repair involving a quarter panel, replacing a wheel and performing suspension work. The estimate would be “scrubbed” to figure out factors like what other parts need to be purchased or what other procedures are necessary, such as a steering angle sensor reset or a camera calibration.

The shop will post-scan the vehicle following a repair — and it’s possible scans will arise multiple times during a repair, he said. Following the post-scan, the vehicle would be sent out for any required calibrations.

Featured image: A auto body shop might benefit from a staffer dedicated to researching OEM repair procedures, based upon a presentation Feb. 23, 2021, by an Illinois repairer and consultant familiar with the concept. Body Builders Auto general manager Joe Phillippi and consultant Maria Quintero, chief example officer of IQ Resolutions, discussed the specialized role during an Alliance of Automotive Service Providers of Illinois webinar focusing on certification. (Dilen_ua/iStock)