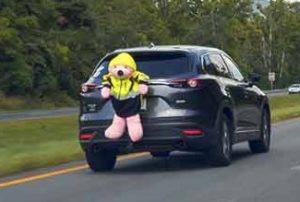 More advanced ADAS poses a risk that drivers will either misinterpret the technology as truly self-driving or fail to adequately supervise the vehicle.

For this reason, OEMs have incorporated means of measuring the driver’s engagement, such as sensing whether hands are on the wheel or monitoring the driver with a camera and artificial intelligence.

But the question remains: Are the motorists still mentally checking out anyway?

If so, collision repairers face two potential considerations. First, the technology might not curtail crash volume to its full potential — good for business. Second, proper vehicle restoration and recalibration become even more vital to maximize the ADAS’ functionality and buy time for the driver to get their head back in the game.

“As a number of highly publicized crashes have demonstrated, however, Level 2 systems sometimes struggle to handle common road features and driving scenarios, so they require constant supervision by the driver,” the Insurance Institute for Highway Safety wrote earlier this month. “Research has also shown that it’s harder for drivers to remain focused on the road when they no longer have to make the constant steering and speed adjustments they’re accustomed to making when driving manually. Scientists need a robust way to study this problem in real-world driving conditions in order to understand whether the technology affects all drivers the same way. …

“Users can become complacent as their trust in the technology grows. That makes them more likely to check their phones or fiddle with the navigation or audio system than they would do while driving manually — a problem that has already been implicated in several serious crashes.”

SAE Level 2 autonomy refers to vehicles which can control their own acceleration and steering but still demand complete human supervision at all times, such as Tesla’s Autopilot, Nissan’s ProPilot Assist, or General Motors’ Super Cruise.

The SAE and other organizations — including the Collision Industry Conference — refer to the technology using the generic term “Active Driving Assistance,” defined as a system which “Provides steering and brake/acceleration support to the driver at the same time. The driver must constantly supervise this support feature and maintain responsibility for driving.”

Work is underway on SAE Level 3 systems, which would allow a human to cease supervision under certain conditions — so long as the person can resume control when the car demands it. (One possible application might be a car able to drive itself on the freeway but hand control back to the driver when an off-ramp nears — or any time a hazard arises the car is unsure it can handle.) But to our knowledge, there’s no Level 3 tech commercially available yet in the U.S.

Anyway, the question for OEMs, regulators, insurers and collision repairers is how well humans function as the true driver when the machine is doing all the work.

This attentiveness is hard to study, according to the IIHS.

“There are a number of laboratory methods for measuring situational awareness, but they don’t work so well on the road,” IIHS research scientist Alexandra Mueller said in a statement.

However, Mueller has developed a humorous but viable test for doing so, the IIHS announced March 2, sharing IIHS-Westat papers on the proof of concept research.

The IIHS strapped a giant pink teddy bear wearing a high-visibility jacket to the back of a crossover and checked whether 31 drivers on a Maryland roadway noticed it. Mueller noted that it offered “an objective measure of the driver’s focus that’s relevant to driving” but didn’t get in the way of normal driving. 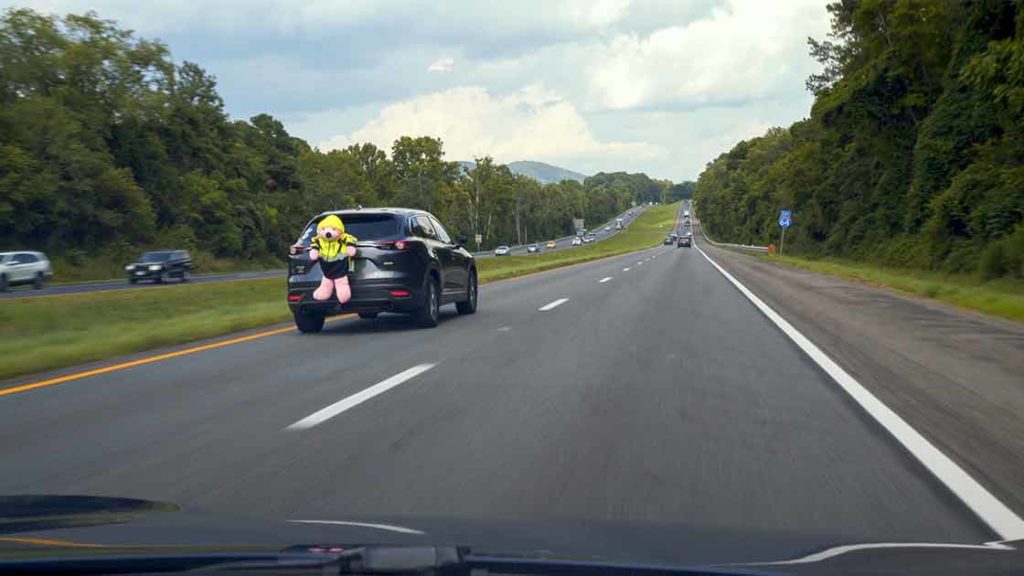 “Using a stuffed animal as a research tool may sound a little funny, but the method works,” Mueller said in a statement. “That big pink teddy bear could lead to a better understanding of attention issues that are critical for safety.”

The test subjects drove 2019 Mercedes C300s on a 70 mph stretch of Interstate 70 for about an hour. Two groups of drivers — one familiar with Level 2 technology, one unfamiliar with it — used the C300’s Level 2 during that time. A third group unfamiliar with the technology drove with those ADAS capabilities disengaged.

The IIHS found that familiarity with the Level 2 technology actually produced better drivers rather than more complacent ones.

“More than twice as many inexperienced Level 2 automation users driving with the system turned on failed to recall the bear at all compared with the other groups. Almost all of the frequent Level 2 automation users who had the vehicle’s system switched on noticed the bear. They were also more likely than the other groups to correctly recall the number of times it had appeared during the drive.

“The researchers also analyzed the video data and found that drivers who better recalled the bear also tended to spend more time scanning the forward roadway as well as looking out of the driver and front passenger windows, where the bear emerged into view as the vehicle carrying it passed them. In contrast, drivers who missed the bear tended to spend more time looking straight ahead.

“Though the sample was small, these results suggest that partially automated driving systems have the potential to improve drivers’ situational awareness after they have gained experience using the technology. Inexperienced drivers may have more difficulty keeping track of what’s going on around them when using the unfamiliar technology than when driving without it.”