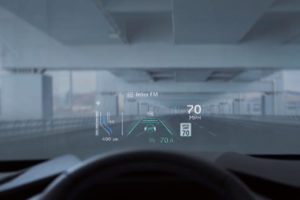 Mitsubishi this month called its next-generation 2022 Outlander “the best-equipped, most connected vehicle the company has ever sold in the U.S.”

Besides the body, chassis and NVH items we covered here, a great deal of other standard and optional technology certainly is available on the SUV, which starts at just $25,795.

Some of the features are Mitsubishi firsts, while others caught our eye simply for being something we don’t see frequently mentioned by other OEMs. This isn’t to say you won’t encounter the tech on other vehicles — for example, Ford also has a hill descent feature like the Mitsubishi ADAS we mention below. It’s simply that we haven’t had much of an opportunity to remind RDN readers of its existence, and this presents a good chance to do so.

Here’s some of Mitsubishi’s other Outlander tech offerings:

Reverse auto mirrors: The SUV has a backup camera, obviously. (It also has radar in the rear and includes rear autobraking.) But it’s possible for the SUV to really hedge your bets with sideview mirrors that automatically adjust themselves to a new angle “to allow the driver to see behind and check the parking space line,” according to a detailed Mitsubishi press information document. The mirror returns to its old position once the motorist shifts to park or drive.

Washer nozzle integrated: The Outlander washer fluid nozzles are integrated within the wipers themselves. Mitsubishi says this lets it dispense the spray “at the optimum time in conjunction with the wiper movement” and use less fluid. 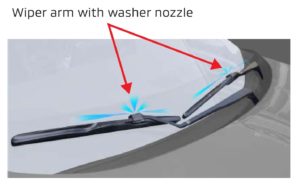 MI-PILOT Assist: Among many other pieces of ADAS, the Outlander offers a Level 2 active driving assistance system known as “MI-PILOT Assist.” It can keep the vehicle within the lane and adjust speed to maintain a desirable distance between vehicles. It even can handle stop and go traffic on a highway as long as the SUV has only been stopped for less than 30 seconds.

“Furthermore, vehicles equipped with navigation link can read the speed signs to automatically change the set speed and utilize the navigation map information to automatically adjust the vehicle speed as appropriate for curves and forks in expressways and other situations,” Mitsubishi wrote.

Traffic Sign Recognition: Mitsubishi’s ability to read traffic signs and notify the driver of the speed limit is a first for the OEM. 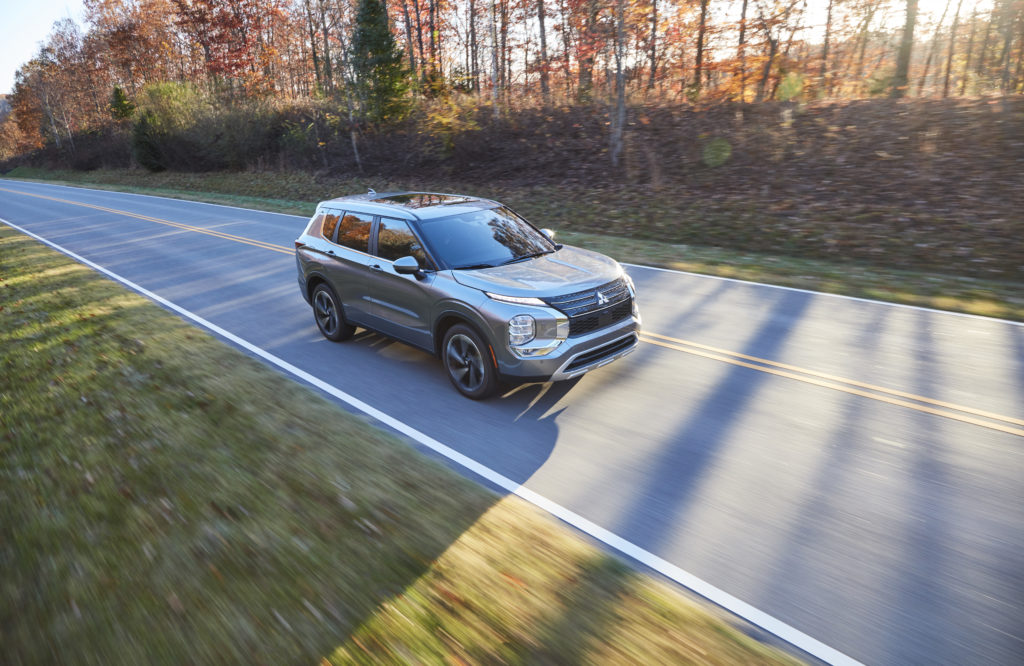 Hill Descent Control: The Outlander detects slopes and will automatically brake itself to keep the speed at no more than 12.5 mph. The driver doesn’t need to hit the brake pedal at all.

Head-up display: Mitsubishi’s first windshield head-up display can be found on higher-end Outlanders. It’s a 10.8-inch, full-color, customizable readout of information like warnings and navigation information, projected on the glass.

“The display focal distance was set at 6.6 feet to match the driver’s forward-looking focal point to allow the HUD information to be seen clearly with little movement of the line of sight,” Mitsubishi wrote. 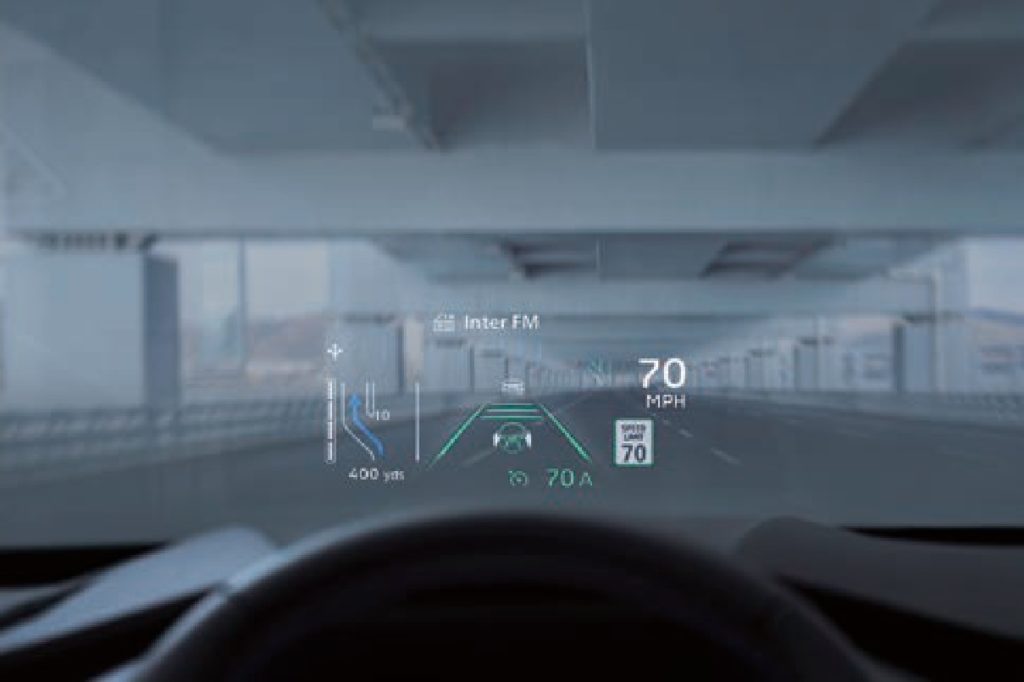 Mitsubishi Connect: The connected vehicle system automatically detects an airbag deployment or can be triggered to contact a Mitsubishi call center in an incident like a breakdown or crash.

Shift-by-Wire: Mitsubishi instituted its first shift-by-wire system in the 2022 Outlander.

Lighting: All of the Outlander’s front lighting uses LEDs.

The head-up display on higher-end 2022 Mitsubishi Outlanders is a first for Mitsubishi. (Provided by Mitsubishi)

The 2022 Mitsubishi Outlander is shown. (Provided by Mitsubishi)

Mitsubishi said the 2022 Mitsubishi Outlander washer fluid nozzles could be found integrated within the wipers themselves. (Provided by Mitsubishi)