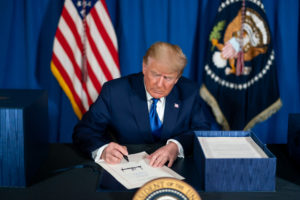 Congress has significantly expanded the Employee Retention Tax Credit over the past three months into what might prove a financial benefit for some collision repairers who preserved their workforce despite the COVID-19 economy.

(The usual caveat: Nothing in this article is meant as formal tax advice. It’s for informational purposes only. Consult with a qualified financial professional before taking any action.)

Prior to December 2020’s House Resolution 133, businesses who received CARES Act Paycheck Protection Program funding forgiveness — a population likely to include a large percentage of the collision repair industry — couldn’t also claim the employee retention tax credit offered by the same law. You had to pick one federal COVID-19 job-saving incentive or the other.

Many businesses snubbed the tax credit and took the PPP, according to AICPA director of tax policy and advocacy Kristin Esposito. “The PPP loans were more favorable,” she said Monday.

However, the HR 133 COVID-19 relief package passed by lawmakers and signed Dec. 27, 2020, by Republican former President Donald Trump threw out this rule retroactively and retooled and extended the tax credit through June 30, 2021.

That same week, Congress passed and Democratic President Joe Biden signed House Resolution 1319, the “American Rescue Plan,” which preserves the credit through the end of the year. (The new law also creates rules for companies it classifies as “severely financially distressed employers” or “recovery startup businesses.” )

The result: Body shops who were rewarded with forgivable PPP loan dollars for keeping employees during a difficult 2020 and 2021 can pursue even more free federal money for the same workers. This time, the aid involves payroll tax credits potentially worth thousands of dollars for worker.

“Retroactive to the March 27, 2020, enactment of the CARES Act, the law now allows employers who received Paycheck Protection Program (PPP) loans to claim the ERC for qualified wages that are not treated as payroll costs in obtaining forgiveness of the PPP loan,” the IRS wrote Jan. 26.

Mewes likened it to a butt weld. “You cannot overlap,” he said. The ERC applies to wages not covered by the PPP, he said.

“You can’t take the credit for the same wage,” Esposito agreed.

Body shops and other companies must meet certain criteria to qualify for the 2020 and 2021 credits, which are similar but also what Mewes called “two entirely different programs.” 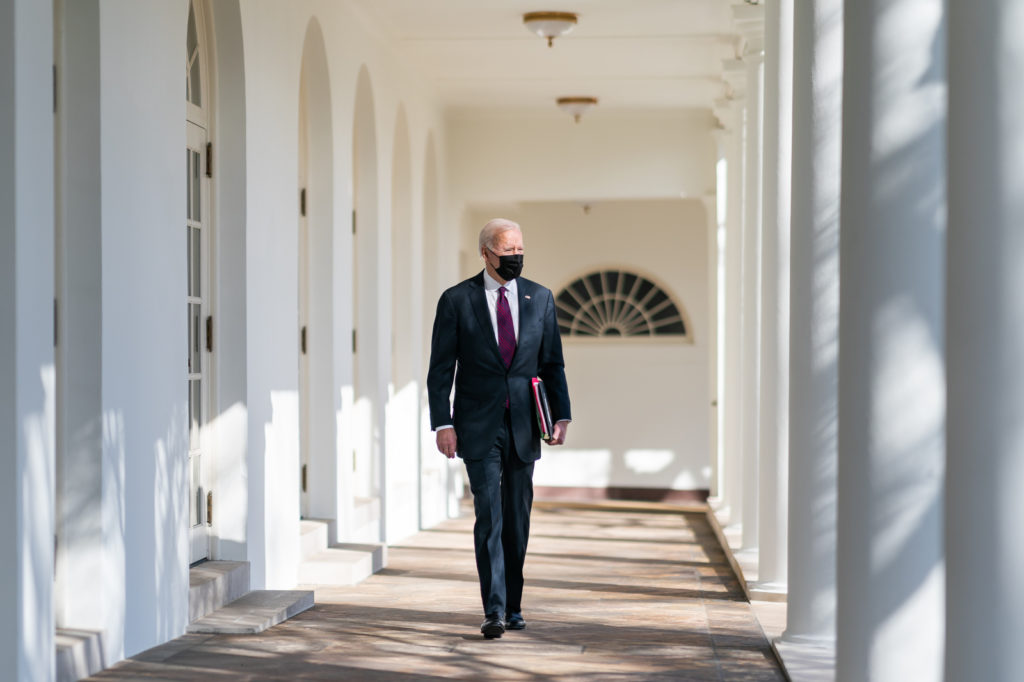 One scenario involves a severe drop in business. ERC credit eligibility begins if a company experiences 2020 quarterly sales below 50 percent of 2019’s quarterly revenue. All wages during that quarter are eligible.

“That’s a pretty significant chunk,” Smolinski said of the decline.

CCC estimates repairable claims fell 21.3 percent nationwide last year, with the worst of it coming in the second quarter. Repairable claims dropped an average of 35 percent compared to April-June 2019.

Mewes said revenue drops below the 50 percent threshold might have occurred to repairers in regions like Los Angeles and San Francisco, Calif. “They got decimated,” he said.

All non-PPP wages paid out that quarter and for the remainder of the year would also be eligible for the tax credit. It ends either Dec. 31, 2020, or the point quarterly sales exceed 80 percent of 2019’s figures. (Whichever comes first.)

The credit would include wages paid during the quarter where sales crossed that 80 percent threshold, according to George Crowell, principal of Harris, Hardy & Johnstone. It’d cease to be active on the first day of the next quarter.

Companies who were forced to suspend or close operations because of a government order also can qualify for the tax credit, regardless of their sales decline. According to an IRS guide to the 2020 credit, only wages paid out during the time of that suspension or closure will count.

The CARES Act describes such government-related suspensions or closures as situations where “the operation of the trade or business described in clause (i) is fully or partially suspended during the calendar quarter due to orders from an appropriate governmental authority limiting commerce, travel, or group meetings (for commercial, social, religious, or other purposes) due to the coronavirus disease 2019 (COVID-19).”

The IRS has said companies which governments permitted to stay open as “essential” businesses — such as body shops — likely wouldn’t meet this threshold directly. It also doesn’t count situations where the business was allowed to stay open but the government forced your customers to stay home.

“Employer B, an automobile repair service business, is an essential business and is not required to close its locations or suspend its operations,” the agency wrote in an example offered in a taxpayer guide. “Due to a governmental order that limits travel and requires members of the community to stay at home except for certain essential travel, such as going to the grocery store, Employer B’s business has declined significantly. Employer B suspends its operations due to the lack of demand. Employer B is not considered to have a full or partial suspension of operations due to a governmental order.”

However, the IRS said it will permit the credit for circumstances where a business would stay open but must halt operations because a critical supplier has been hamstrung by a government order.

Andy Tylka, owner of the Indiana-based Riley and Sons Collision and Tom and Ed’s Autobody, last week said his company was examining this option.

Tylka said he was only down 26 percent in 2020 and never less than 50 percent in a quarter that year. However, he said he was checking with suppliers to see if they could provide documentation their operations were affected by the government.

Tylka said companies don’t have to provide such documentation when filing for the tax credit — but he wanted to “have it on file” in case of an audit.

Mewes said shops the government forced to close temporarily because of a COVID-19 outbreak in the facility also would count. He said he had one client in this situation, and “he did the right thing” — the owner continued to pay staff during the shutdown. (Mewes noted that the COVID-19 pandemic in general produced many examples of businesses who did the right thing and supported employees despite the company’s situation.)

However, repairers who faced no such official mandate but voluntarily closed for a while to sanitize or as a precautionary measure after an outbreak would not qualify, Mewes said.

Esposito said the business’ size alters which employee wages were eligible. Companies with 100 or fewer employees in 2020 could see a tax break on wages for staff who were still able to perform work despite the slowdown. Companies with more than 100 staffers can only count wages for workers left on the payroll despite having nothing to do.

The point was to incentivize workers to keep idle workers on the payroll during the pandemic, she said.

There’s no rules about preserving headcount as there are for the PPP.

We asked Esposito asked how the retroactive payroll tax credit would work for wages from March 21, 2020, through Dec. 31, 2020.

Esposito said companies which took the PPP loan could simply amend their fourth-quarter 2020 payroll tax Form 941 and include the data and capture the credits for all eligible 2020 wages. Crowell concurred, and he said a shop with no eligible tax credit wages in the fourth quarter could amend their third-quarter payroll tax form instead to avoid any confusion. Smolinski, however, thought each quarter would have to be amended individually, and Esposito said companies who didn’t take a PPP loan would have to amend each quarter separately to claim the credit.

Typically, payroll taxes typically can be amended three years after filing or two years after payment, according to Crowell.

For some repairers, the tax credits could lead to a tax refund outright. “You can actually get cash back,” Smolinski said.

Crowell noted that many payroll companies are set up to file automatically, and if repairers don’t discuss the matter with them, they might file a Form 941 for January-March wages without factoring in the 2021 edition of the tax credit. A business would have to pursue and amendment this year as well if that occurred. 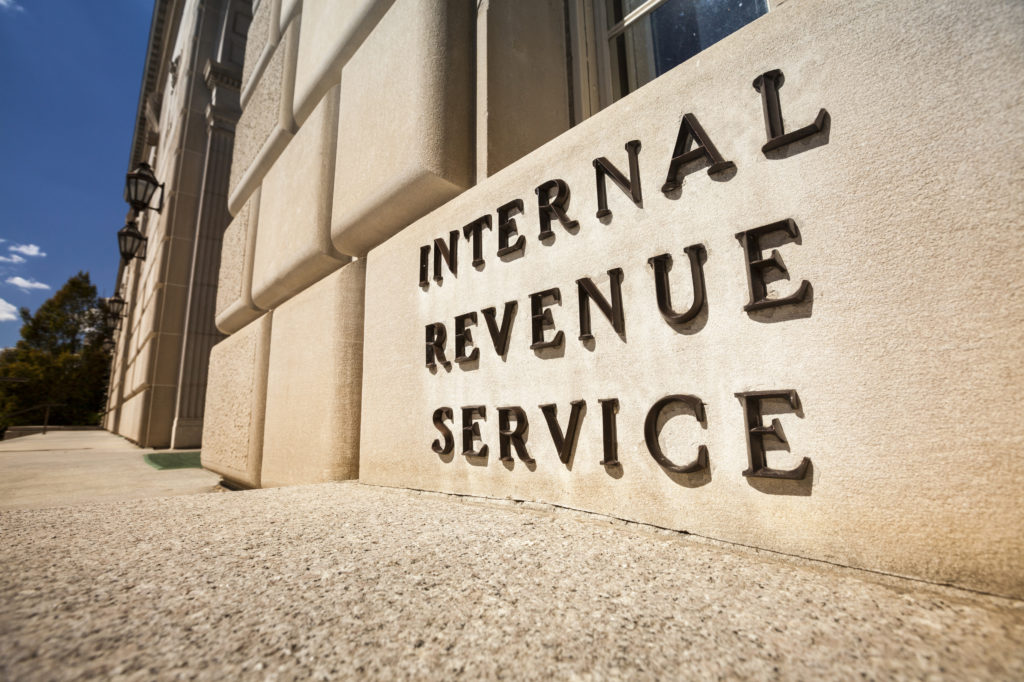 As noted above, companies need to have suffered a serious sales decline to pursue the 2020 tax credit on the revenue criteria alone.

However, the government has relaxed this rule and made it easier to receive the 2021 credit on sales grounds.

The HR 133 rules say companies can qualify for 2021 if they brought in less than 80 percent of their 2019 quarterly sales during the corresponding quarter in 2021.

This would apply to “a lot more people,” Smolinski said.

The change could certainly make it much more likely for collision repairers nationwide to qualify. Repairable claims were still down 19.7 percent in the fourth quarter of 2020, CCC said. The first quarter of 2021 hasn’t ended yet, but CCC wrote in its recently released “Crash Course” that “(c)laims volume in early 2021 remains down, although there are some indications that as the economy slowly emerges from the pandemic, claim and accident volumes are slowly increasing.”

In 2021, the idle-worker threshold increases to 500 workers, Smolinski said.

The rules on businesses or suppliers forced to close by the government remain unchanged.

Esposito said the government wanted to see broader use of the tax credit. She also called it a positive that lawmakers extended the credit to run through Dec. 31 instead of June 30. 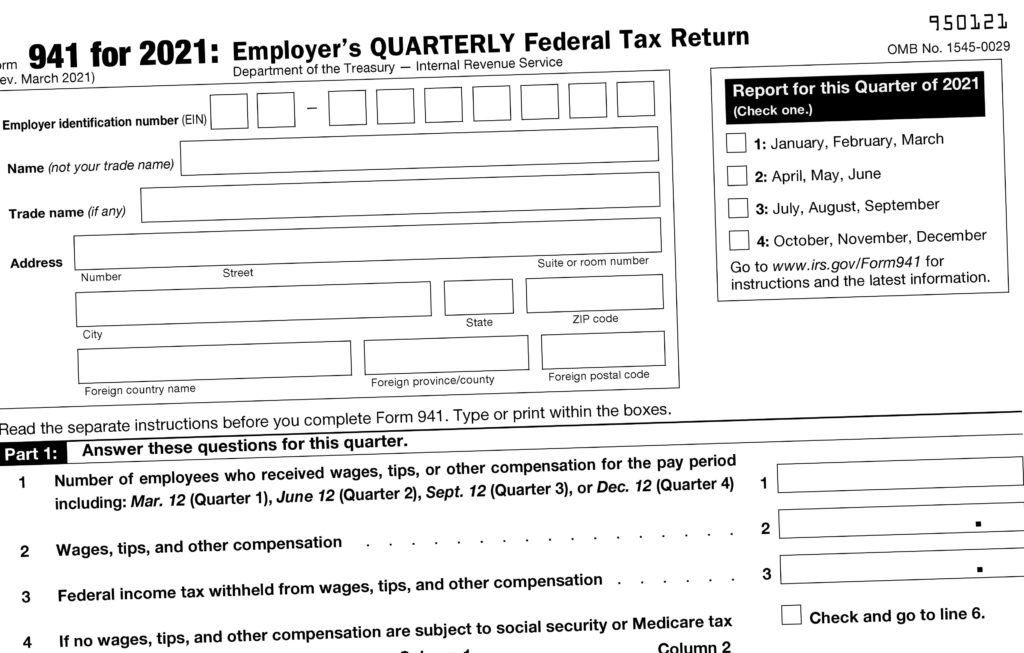 While companies could only receive tax credits of up to $5,000 per employee for 2020, the 2021 credit is far more business-friendly.

Smolinski said this made the credit a “once-in-a-lifetime” proposition. Mewes observed that for a 10-person business, this potentially could mean $280,000 and called the amounts “staggering,”

But the employer is eligible for a $7,000 tax credit. They’d be ahead $5,560 in tax refunds or credits that could offset payroll taxes on part-time workers whose wages wouldn’t qualify, according to Smolinski.

Smolinski said businesses could attempt to hold off on payroll tax withholding in anticipation of the tax credit — keeping the money in the bank rather than obtaining a refund after the fact. However, Crowell advised against this, arguing that the business could be caught short if conditions failed to qualify the company for the credit.

Companies who haven’t yet filed for PPP loan forgiveness might have an opportunity to be strategic and maximize their ERC benefit.

One opportunity might be timing the eight-week forgiveness covered period for the PPP loans so it occurs during a time an employer wouldn’t be eligible for the tax credit.

Another scenario might be to adjust the percentage of PPP dollars used for wages. PPP rules require up to 60 percent of the funds to be spent on employees, with the other 40 percent allowed to be used for certain qualified expenses.

Crowell said he used to advise companies to just “do your payroll and move on,” rather than try to spend the PPP money on and track other expenses.

Now, there’s a benefit to maximizing the non-payroll amount of PPP spending — more wages would be eligible for the tax credit, according to Crowell.

Smolinski said she’s been trying to encourage businesses to seek help, for the tax credit represents such a “huge opportunity.” Paying a CPA for a few hours of work on the credits and the PPP was “well worth” it given the benefit, she said.

IRS Notice 2021-20: “Guidance on the Employee Retention Credit under Section 2301 of the Coronavirus Aid, Relief, and Economic Security Act.” (Note: Applies only to 2020 ERC)

An Internal Revenue Service payroll tax Form 941 is shown as of March 2021. (Provided by IRS)