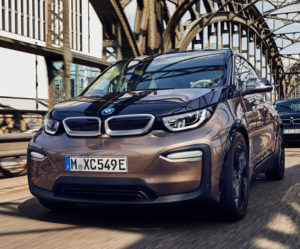 BMW North America collision program manager Jonathan Inzano in February and earlier this month shared some of the subtleties of BMW repairs.

The details from the Feb. 11 and March 11 VeriFacts Guild 21 presentations demonstrate why a shop or insurance appraiser can’t guess or assume their way through a vehicle estimate.

You’ve got to read the BMW repair procedures. (And for that matter, any of the details we discuss here might have changed since the talks or wouldn’t be applicable to the individual BMW vehicle in front of you. Check the current, specific procedures on BMW’s official website here.)

For one thing, the BMW repair procedures might tell you an operation isn’t needed. Inzano in February discussed one set of BMW parking sensors which despite their potential role in autoparking the vehicle don’t require calibration.

“They’re plug-and-play sensors,” Inzano said. However, a repairer will need to conduct a post-repair scan and clear faults to be sure of their operation, he said. Those sensors store a fault once disconnected, according to Inzano.

However, it’s still possible for repairers to otherwise screw up their operation, so be careful.

Inzano said the sensors, which are visible from the vehicle’s exterior, can’t be refinished. According to a slide, they must be ordered in the correct color.

Shops also must never subject the sensors to temperatures higher than 185 degrees Fahrenheit (85 degrees Celsius), according to Inzano. (Though he noted it was unlikely this heat would occur.)

Body shops might also encounter short-range radar sensors behind components, though not all BMWs have them, according to Inzano. And their placement could be either a front-and-rear configuration or simply a set of rear sensors, he said.

You wouldn’t be able to detect all the potential sensors from the vehicle exterior alone, Inzano said. A triangle on the side of the mirror can be a tipoff that the rear radar exists, he said. However, you’ll have to look up the vehicle’s options to know if it has more short-range radar sensors in the front, he said.

The existence of these sensors can prompt BMW prohibitions on certain repairs and refinishing operations, according to Inzano.

BMW as of the Feb. 11 talk had nearly completed with a step-by-step flowchart to help shops know if they could refinish a bumper, according to Inzano. He said potential variables guiding this decision might include the location of the damage, the location of the basecoat, clearcoat and primers — and even the color of the vehicle.

“There’s a lot to think about,” he said.

Inzano said that the mere removal and installation of such a short-range sensor wouldn’t require recalibration.

However, replacing it with a brand-new one or the presence of body damage in the mounting area would require calibration and/or programming, he said. Removing the mounting bracket would also demand recalibration, Inzano said. It’s possible that the angle of the radar could have been altered, he explained.

In March, he showed how the BMW OEM procedures can offer shops a handy chart addressing such considerations, though the document would need to be checked anew online for each repair. It could be updated for any new models or sensor developments, and “you really can’t tell” at a glance that it had been, he said.

For example, it stated that an adaptive cruise control sensor on a BMW 750Li xDrive would need calibration after an R&I or R&I and a special tool would be necessary in both cases. A night vision camera, however, wouldn’t need calibration or a special tool over a removal and installation, but it would in the case of a replacement. The tool, however, would be a “conventional workshop headlight adjusting device.”

“This should really be looked at each time,” Inzano said. He said a sensor replaced by a shop might “quote-unquote work” but might not be functioning correctly.

Body parts themselves might carry various restrictions and vagaries. Inzano in February drew attention to a bumper fascia repair ban related to the vehicle’s pedestrian protection.

“‘No repair or plastics repair may be performed that changes the distortion properties of the bumper,'” a slide quoted a directive for an unspecified BMW. “‘Otherwise, impairments may occur.'”

Inzano said parts like metal tabs or staples could change how the bumper deformed if the vehicle ran into a pedestrian.

BMW did permit some repairs with a plastic welding system, according to the slide. This included tabs in some situations, Inzano said.

In March, Inzano noted how pedestrian protection crash tests showed how “really critical” the vehicle deformation could be. An incorrect repair could produce greater harm to the pedestrian than a correct repair would have, according to Inzano.

For those unfamiliar with pedestrian crash tests, here’s some 2019 footage of the Euro NCAP putting an unspecified BMW 3 Series through its paces.

And some substrates can’t be repaired at all. Inzano said body shops would either replace carbon fiber or leave it alone altogether. “We don’t do anything at all,” he said.

He displayed a BMW chart explaining the thought process a repairer might use and said it could be found in BMW’s official repair procedures. (It was unclear if the document was universal or only applicable to a specific model or models.)

If any breakage, protrusions or delamination existed in the damaged area, the carbon fiber part must be replaced, the chart said. The repairer would then consider the fiber direction and scratch angle, depth and length and either replace or retain the part based on the results. Scratches deeper than 0.2mm were automatic replaces, and scratches longer than 10mm or 40mm meant the part would be scrapped, depending on the scratch angle and fiber direction.

Asked if a fire could degrade carbon fiber, Inzano said BMW recommended contacting its technical service team about a situation like that, such as a garage fire.

Inzano showed off another substrate-related chart which offered collision repairers a sense of how to prepare existing and replacement part surfaces before bonding. He said it came from BMW training materials.

The chart showed nine different preparations a repairer might have to execute before joining two surfaces. In some cases, both substrates would be prepared using different techniques — and this might be the case even if a shop was joining similar metals.

But an aluminum part already on the vehicle might need a more extensive surface preparation before being attached to a new replacement aluminum part. This could include instructions to “Grind cathodic dip coating/residual adhesive,” “Flame-coat” with a specific gas and prime the part with a specific primer, according to the chart.

The chart mentioned “new” and “used” parts, but Inzano said BMW defined “used” there as the parts which arrived on the customer’s vehicle, not recycled components. (BMW doesn’t authorize recycled parts, and it forbids certified repairers from using them, according to Inzano.)

Featured image: The carbon-fiber 2019 BMW i3 is shown. (Provided by BMW)