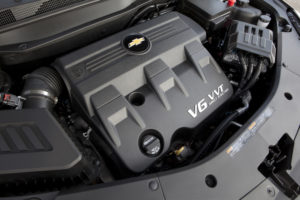 More than half of body shops polled in the latest “Who Pays for What?” survey said leading national insurers “always” or “most of the time” reimburse the cost of masking the engine compartment.

The response by 51 percent of the more than 500 shops surveyed in January represents a 16-percentage-point increase over the proportion reporting such consistency in 2015.

Survey authors Collision Advice and CRASH Network announced the availability of the January “Who Pays for What?” survey results on Tuesday.

“I think our surveys have helped raise shops’ awareness of not-included procedures they may be doing without making an informed decision as to whether it’s something they will charge for,” Collision Advice CEO Mike Anderson said in a statement Tuesday.

The “Who Pays?” studies examine whether eight of the nation’s largest insurers “pay” for various not-included operations when the shop requests it and how frequently shops charge for such items. Technically, the shop would be charging the consumer — the party truly on the hook for the final bill — with the insurer in turn reimbursing the claimant for some or all of what they paid the shop. So the “Who Pays?” results matter to consumers as well.

More shops in 2020 also reported billing for the masking operation in the first place. In 2015, 36 percent of shops said they never invoiced that work. In 2020, that proportion had dropped to 25 percent.

Masking an engine compartment is “often necessary following repair or replacement of core supports, aprons, frame rails, firewalls, etc.,” CRASH Network and Collision Advice wrote in a news release. It’s a not-included operation not factored into any estimating system labor times, according to the study authors. 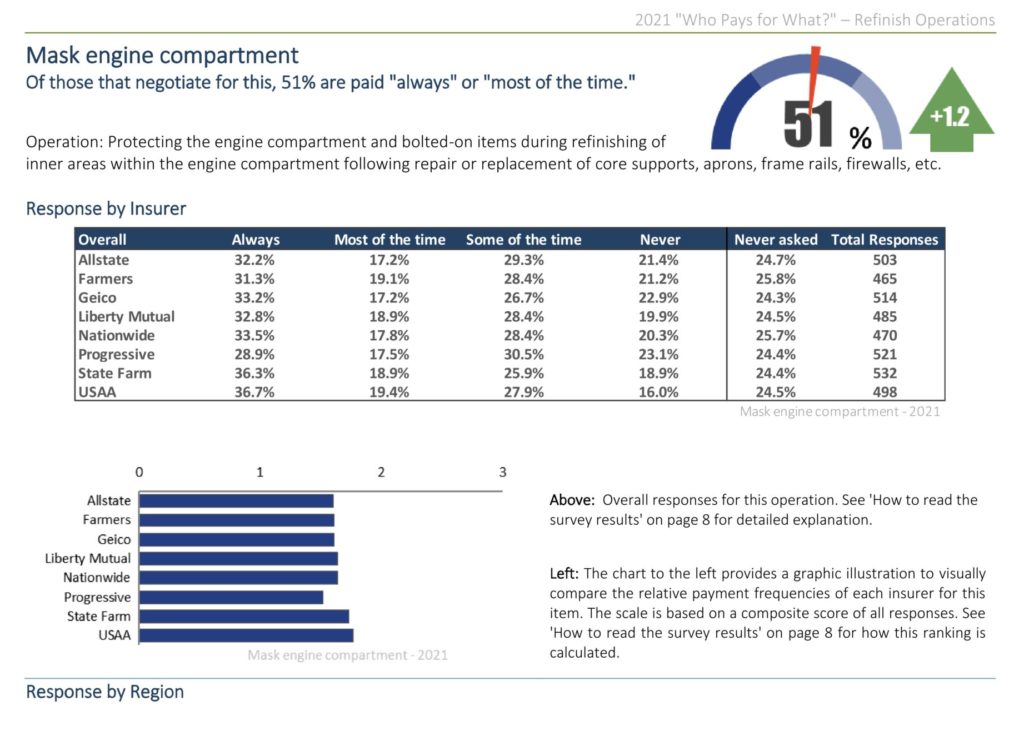 Repairers and their customers were less likely in 2020 to get a blanket denial from the eight major carriers studied than was the case in 2015.

In 2015, around 40 percent of shops said their masking charges were “never” paid by the carriers, compared to just 20 percent this year.

“Shops may have become better at explaining and documenting the need to mask the engine compartment,” CRASH Network and Collision Advice wrote.

Help the collision industry by taking the current “Who Pays for What?” survey by the end of the month and answering questions on topics including not-included body labor operations. All answers are kept confidential; data is published only in the aggregate.

“Just completing the survey can be a good reminder of a couple dozen such procedures, and the survey report we produce with the findings can be a good training tool for shop staff,” Anderson said in a statement.

The recently released “Who Pays?” survey ran from Jan. 1-Jan. 31 and asked about a couple dozen operations, with a refinishing focus. Collision Advice and CRASH Network received responses to at least one question from 757 auto body shops. It had a 3.5 percentage-point margin of error on questions with responses from all 757 shops, assuming a 40,000-shop collision industry.

The engine compartment of a 2013 Chevrolet Equinox LTZ is shown. (Provided by Chevrolet)

More than half of body shops polled in the January 2021 “Who Pays for What?” survey said leading national insurers “always” or “most of the time” reimburse the cost of masking the engine compartment. (Provided by Collision Advice and CRASH Network)