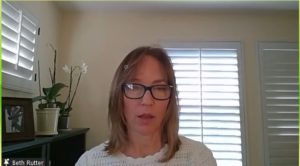 Arrants presented Bureau of Labor Statistics data indicating that the “Automotive body and related repairers” sector had 155,500 employees in 2019 and projecting it’d need 159,900 by 2029. Repairers would also average 13,600 job openings a year which would need to be refilled.

However, while user data from the training firm S/P2 found upticks in the number of 2020 auto service and heavy-duty/diesel students, the number of collision students fell 36.9 percent from 2019, according to a slide from Arrants’ virtual Collision Industry Conference presentation Jan. 21.

The collision sector isn’t lacking students, according to Arrants. But it was losing vo-tech programs which could feed the local collision workforce, he said. It also was doing a poor job of retaining the entry-level techs it had, he said.

Arrants told the Jan. 21 virtual CIC that 17 ASE-accredited programs had gone inactive, with potentially another 26 collision programs following suit in February or March.

In an interview Tuesday, he confirmed these remained in jeopardy, and ASE was working to try and save a couple more.

“The number keeps popping up,” he said Tuesday. He said the CIC appearance hasn’t prompted a flood of industry figures asking how to help.

Arrants told the CIC in January that 241 collision programs failed to renew their subscriptions to SP/2.

“Those programs are going away,” he said.

Arrants said Mississippi recently required its collision education programs to be accredited — the first state to do so in history.

“That is a positive and a negative,” Arrants said. For if the industry doesn’t support those collision programs and help them earn accreditation, they’ll vanish. 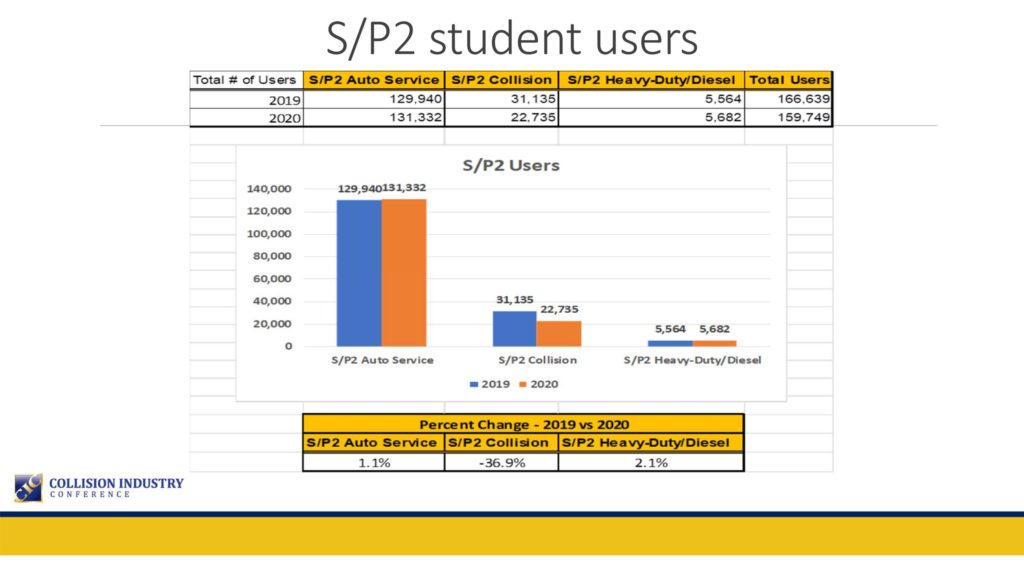 Arrants said an estimated 900-1,000 collision programs exist in America, and “we are constantly hearing” of programs closing. He said reasons include expense and low enrollment, but the most likely culprit involves instructors retiring without replacements.

He said he and others are working to identify schools “as quickly as possible” and help salvage their collision programs.

Tradiebot Industries industry and customer engagement global director Beth Rutter has been working with Enterprise on a collision education pilot program involving a blend of college learning and time in a real-world body shop.

She told the CIC about challenges introducing the Automotive Collision Engineering Pilot Program at vo-tech schools. She said the initial experience has been many colleges willing to sign up — but then many of them “really struggle to do the heavy lifting” to adapt to it. Rutter said few colleges base their curriculum on what the collision industry actually needs.

Rutter said they’ve found colleges whose administration completely backed the program, but “instructors didn’t want to do the work.” Or the instructors are “completely dialed in” but must “swim upstream” to get anything done, according to Rutter. She described one instructor who made the necessary changes, reached out to the industry, and began to pursue ASE accreditation — only to see a vice president and president change at her college deliver new orders for the program.

Rutter said she’s worked with hundreds of body shops and dozens of school, and “behind every, and I mean every,” successful college collision program was industry personnel like shops and vendors participating in the school’s advisory board.

“They provide the muscle the colleges need in order to make the changes they need,” Rutter said.

Arrants also pointed out that the CIC audience members were taxpayers. Failure to get involved with the local college collision program meant the schools could “spend your money” on whatever they wanted “without your input.”

Collision Repair Education Foundation development director Brandon Eckenrode offered to help anyone who needed help finding a local high school or college collision program. He can be reached at Brandon.Eckenrode@ed-foundation.org.

Schools can be fixed if the industry gets there in time, according to Arrants and Rutter.

Rutter described an Ohio shop which made contact after hearing about the Enterprise pilot. The repairer had a technician it sought to enroll in the program but didn’t want to waste money, she said. She said they contacted the dean, and now the school is on its way toward buying equipment, pursuing ASE accreditation and giving teachers support they “never had” before.

Arrants said Rutter connected the ASE Education Foundation with a “really struggling” Iowa community college. The collision program only had five students — two of which were “over the age of 60.”

Instead of closing the program, the college decided to fix it and seek support locally and nationally from businesses, according to Arrants. And while historically, the program’s funds weren’t necessarily spent on items which would foster student success or entry-level skills, “all of that is changing,” he said.

“We have a national concern with a local solution,” Arrants said. The answer was to “get involved.”

Suppliers, manufacturers, struggling programs and employers all needed to get involved, for the pipeline was collapsing with “too many holes.”

The industry needed to “seal those holes, little by little.”

Arrants said that if one was unable to make progress through an advisory committee, contact others in the industry such as himself or Rutter.

“You have a voice” as a member of the industry, Arrants said. He advised reaching out to school administrators, for if they aren’t aware of what’s occurring or of the industry’s participation, “you are just a line item on a spreadsheet”

“We need to keep the programs we have,” Arrants said. He said that automotive and medium-/heavy-duty programs are growing, collision was “moving into the negative, and we have to stop the bleeding.”

An informal poll of the January CIC audience found 16 percent of them had hired an entry-level tech or intern from a vo-tech program in the past two years. 77 percent said it wasn’t applicable to their role, and 7 percent said no. 19 percent obtained the new hires from local tech schools, while 8 percent tapped both local and distant campuses. 73 percent called this not applicable.

The poll found 32 percent of respondents had been involved in the local trade school’s advisory committee, 21 percent had served on one in the past and while 47 percent hadn’t been part of one at all.

Correction: An earlier version of this story incorrectly reported a decline in trade schools using I-CAR curriculum. I-CAR says 667 locations are using its curriculum in 2020-21, a 7.2 percent increase from 2019-20. The article has since been corrected to reflect this.