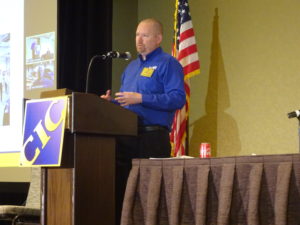 VanHulle encouraged the industry to complete the “quick, simple form” on rts.i-car.com/srs.

“Following an airbag or seatbelt pretensioner deployment, vehicle makers offer mandatory replacement and inspection criteria,” I-CAR prefaces the form. “This form is intended to compile a list of the types of damages that are being found during inspections of collision damaged vehicles with or without an SRS deployment.”

The form asks a shop what inspections it completed and what circumstances triggered the operation. It also asks what the repairer found during the inspection.

“We want a lot of data,” VanHulle said. I-CAR also wants “pictures, pictures, pictures.” (He asked the industry to submit photos with some “geography” showing the part’s location and appearance — not something so close to the object that it’s unclear what the viewer is seeing.)

The data could be used by I-CAR to teach what a repairer might look for and encounter under certain damage scenarios, VanHulle said.

VanHulle said I-CAR could also report the results back to OEMs: “‘Here’s what we’re finding'” on their fleets. The real-world data might lead automakers to update their procedures, according to VanHulle.

VanHulle described automakers as “supportive” of the effort and participating in the March virtual Repairability Summit. 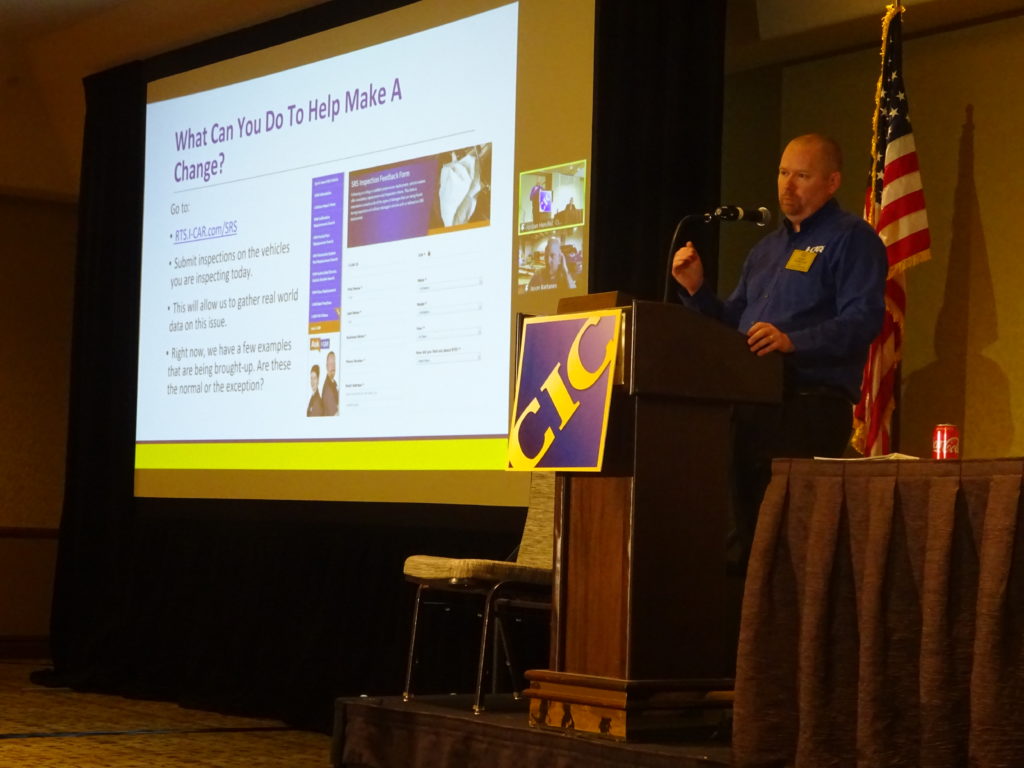 Bartanen said one potential outcome might be “some level of standardization, some level of consistency” among OEM inspections. He said the industry information might also head off a situation like an OEM which calls for an airbag to be removed for an inspection, prompting a need for new one-time-use fasteners — which are only sold with a new airbag.

VanHulle said the responses could also lead to an “industry-vetted best practice” on conducting an SRS inspection. Often, OEM repair procedures are “a little bit vague,” instructing a shop simply to “‘Do the inspection,'” according to VanHulle. The information submitted by the industry could help produce a step-by-step procedure on what’s actually necessary, he said.

VanHulle said the event produced a couple of other lessons:

• A dealership service department was not always a good source of information to clarify repair procedures, according to a slide.

“The service department doesn’t understand collision,” VanHulle said. He gave the example of a service department he worked with that always concluded that a BCM should be replaced for a dash light. But in “99.9 percent” of scenarios, it was really a matter of a broken wire harness, he said. A service department’s diagnostic flowchart doesn’t always work in a collision situation, according to VanHulle.

• Repairers want more information on the rationale for SRS inspections, according to the slide.