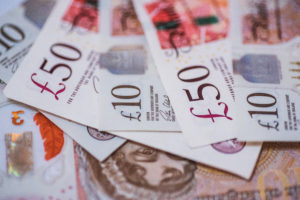 The United Kingdom collision repair trade group National Body Repair Association on Tuesday announced it would meet with the Office of Small Business regarding shop-insurer contracts.

The impartial U.K. agency is an interesting resource. It’s helmed by a small business commissioner whose job involves taking complaints from companies with fewer than 50 employees “about payment problems they are encountering” with larger businesses, defined as more than 50 employees.

The commissioner can make nonbinding recommendations on how to solve the issue. It also can provide advice on dispute resolution, contract language and invoices.

The U.K. government earlier this year appointed business advocate and former reporter Liz Barclay commissioner. Her soon-to-be office (she takes over June 23) stressed an emphasis on late payments, calling it a “key priority.”

The agency said more than $33.22 billion remains unpaid to the nation’s businesses. “Some businesses wait several months before paying their suppliers, severely impacting the bottom line of many small businesses,” Barclay’s office wrote in a news release.

The commissioner’s office said the U.K. is considering the idea of granting the commissioner “the power to order payments, levy fines and open investigations based on third-party information.”

This could be helpful for repairers across the Atlantic. The NBRA mentioned that it had met with the agency in 2018 “an attempt to rectify the late payment culture that inhibit the UK economy and threatens the survival of thousands of bodyshops every year.”

However, the NBRA on Monday emphasized a separate concern about the terms of the contracts between shops and insurers in the country and the duration of those deals.

NBRA Director Chris Weeks said that “the cost of doing business has continued to climb for members, including inflationary costs in areas such as technician training and machinery maintenance,” but demand for collision repair had plummeted due to the COVID-19 pandemic response.

“In other sectors of the economy, contracted companies can increase their fees to cover these costs to remain profitable,” Weeks said in a statement. “However, smaller body repair operators feel that they cannot negotiate these changes with their insurance partners, due to their weaker bargaining position and a fear of placing a commercial relationship into difficulty.

“Body repairers are now at risk of a gradual squeeze being placed on their bottom line due to older contract terms failing to keep pace with the cost of doing business. We believe body repairers have a right to a reasonable annual review of their contracts.”

The pain of inflation amid diminished demand might be familiar to some U.S. repairers on direct repair programs. The consumer price index here popped 4.2 percent between April 2020 and last month — the largest year-over-year inflation in more than a decade. March saw prices 2.6 percent higher than the prior year, according to the Bureau of Labor Statistics.

As for the impact of late payments here, here’s a couple of examples.

Fundbox in 2016 — the year the U.K. Small Business Commissioner office was created — estimated in an Entrepreneur column that U.S. small businesses had about $825 billion in unpaid invoices, which worked out to $84,000 per business.

Atradius in July 2020 reported polling found 43 percent of all U.S., Mexico and Canada invoice value was unpaid on the due date, “a sharp increase” from 25 percent.

The amount of money more than 90 days overdue in the three regions doubled.

“Businesses throughout the US reported a 72% year-on-year increase in payment defaults,” Atradius wrote.