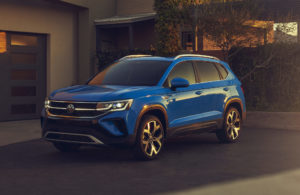 The completely new 2022 Volkswagen Taos is meant to be a smaller and cheaper sibling to the Tiguan, but the crossover still packs in a lot of technology and higher-strength steels, according to VW.

The Taos incorporates the MQB platform Volkswagen has been using for many of its recent model generations, so the bottom half of the body-in-white hopefully shouldn’t present too much of a shock to collision repairers. Obviously, you’ll still need to check its OEM repair procedures.

“The unitary construction chassis has two solid-mounted subframes with bolt-on front fenders and utilizes advanced technologies such as the laser clamp welder, which produces ‘wobble seam’ welds in a wave pattern to help maximize strength in a limited space,” Volkswagen wrote of the Taos specifically.

“The stamped steel body and chassis boasts a large percentage of high-strength, hot- formed steel. This technology, along with the use of newly developed ultra-high- strength steels, allows much of the chassis and body to be constructed from thinner and lighter parts without loss in strength.”

Volkswagen has not yet responded to an inquiry on whether it used other materials, such as aluminum, for lightweighting and crash protection. 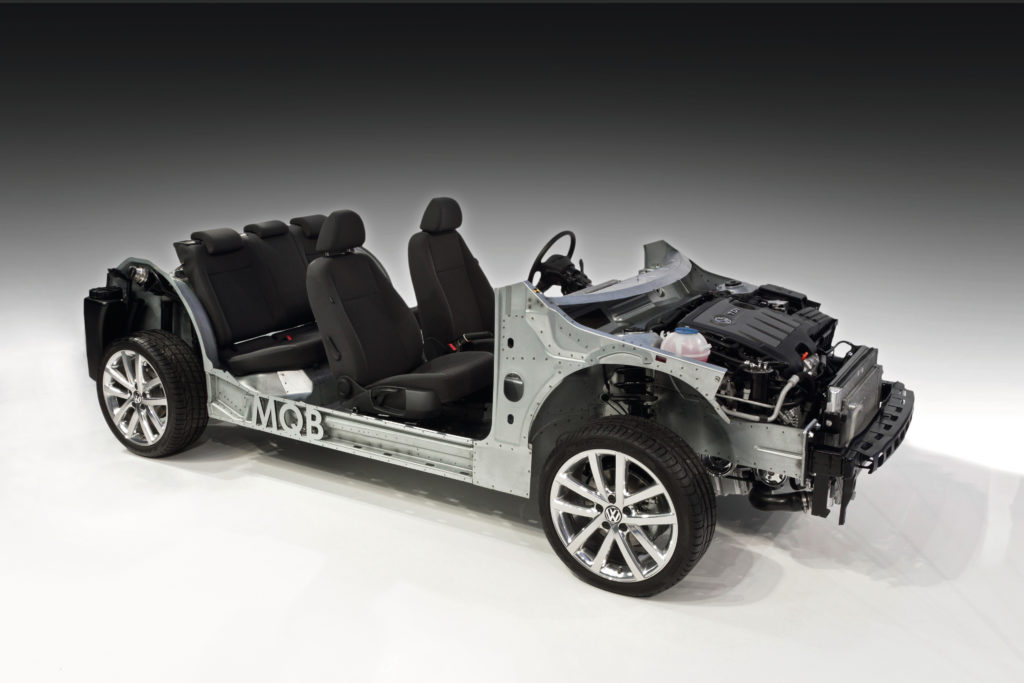 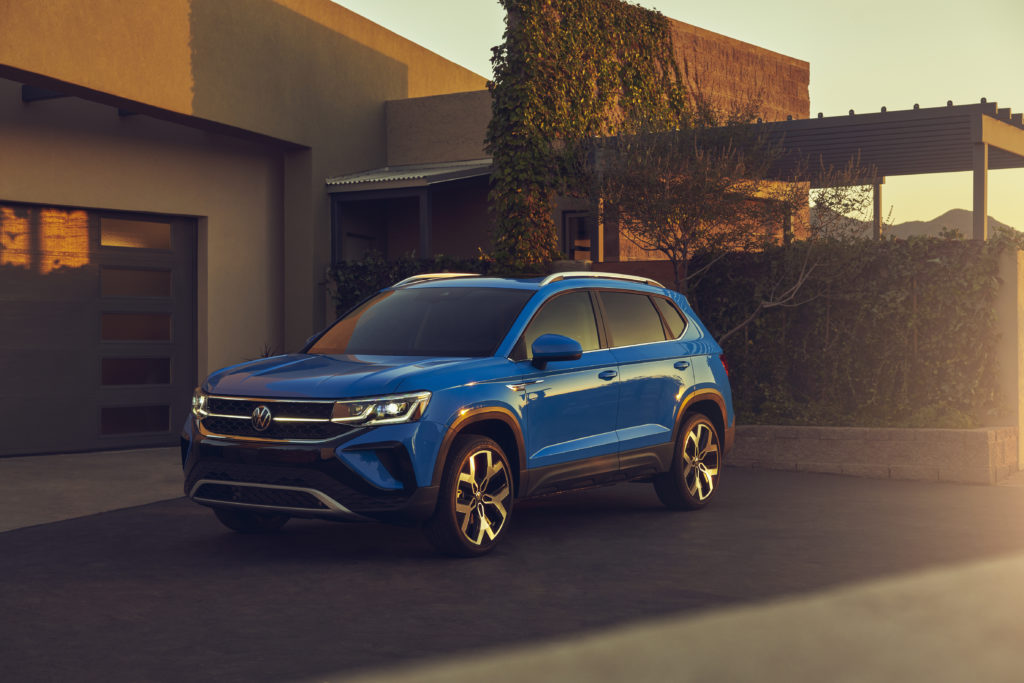 Volkswagen said it devoted much effort to the Taos suspension, so make sure to restore its capabilities properly once the models get banged around.

“To get to a balanced chassis for these markets takes a huge amount of work,” Volkswagen México technicial development director Gerold Bremer said in a statement. “For the front-wheel-drive Taos, we went through 77 iterations of the various chassis components—springs, dampers, anti-roll bars, suspension components, bushings, and so on—to get the perfect balance between a supple ride, which compact SUV buyers value, and the fun-to-drive nature of a Volkswagen.”

In addition to the Taos’ passive crash structure, repairers should note that the vehicle has some significant post-crash technology besides its six airbags.

Volkwagen’s post-collision braking feature will come standard on all Taos models. The technology will during certain crashes hit the brakes itself “when a primary collision is detected by the airbag sensors, thus potentially reducing residual kinetic energy and, in turn, the chance of additional damage.” It’s like a second layer of autobraking protecting everyone in situations where a collision couldn’t be avoided. Volkswagen in 2014 said the MQB platform made this feature possible but didn’t elaborate. 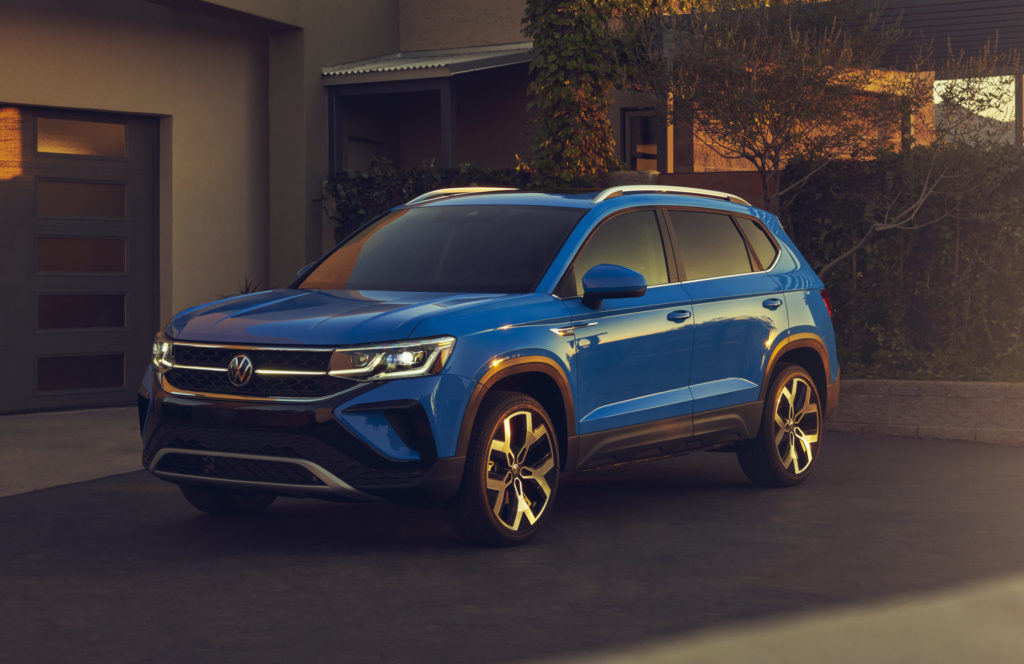 Other body features of note: 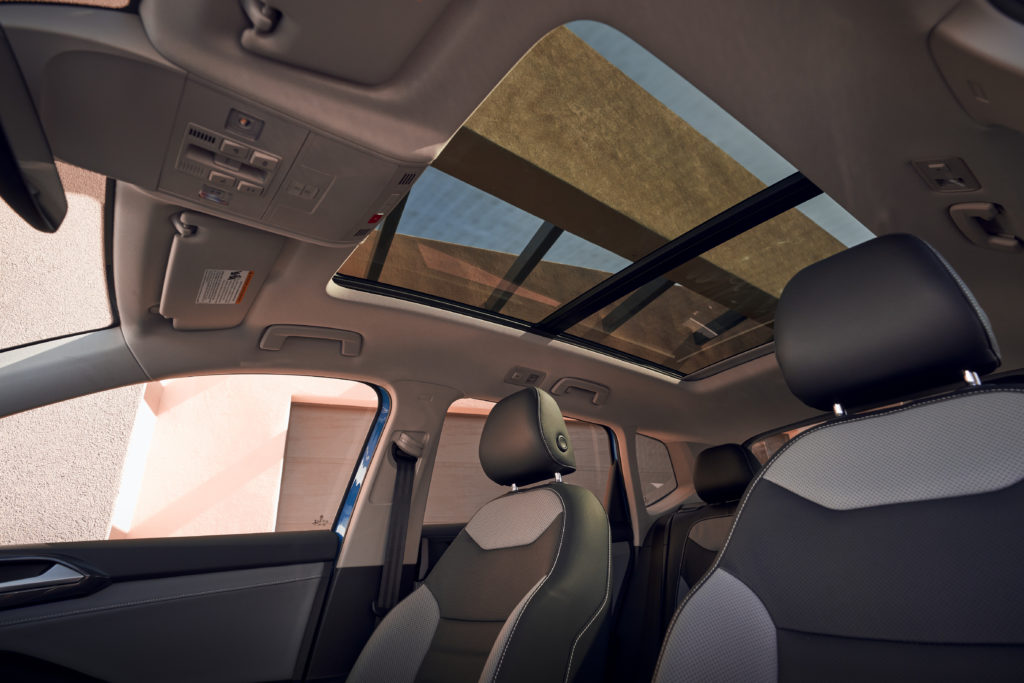 Repairers should also pay close attention to the vehicle’s connectivity and telematics.

Volkswagen Car-Net comes standard for five years, which is a big deal considering it’ll be in place for nearly all the life of the average repairable vehicle (6.17 years, per CCC). The connectivity and telematics package includes Roadside Assistance, which gives the customer free towing to the nearest Volkswagen-certified body shop. It also includes monthly vehicle diagnostic reports, though the user can request a check at any time. In theory, the car could rat you out for overlooking some issues with the vehicle.

Volkswagen also will allow users to enroll in “DriveView,” which tracks and scores driving behavior and permits participating users to receive offers of premium discounts “from some of the top automotive insurance companies in the country.”

This too might be disruptive to repairers. Coaching drivers on behavior has been shown to yield improvement, which could lead to fewer crashes to fix. Telematics-centered insurers might not necessarily be your DRP partners, and they might have the ability to detect crashes and promote their network to Volkswagen customers whose free Roadside Assistance has ended or who didn’t spend extra to get Volkswagen’s Safe and Secure crash response.

The Taos starts at $22,995 for front-wheel drive and $25,040 if you want all-wheel drive. Volkswagen says it’s targeting the popular compact SUV segment in the U.S., so you might encounter quite a few of these following its June debut.

ADAS is interesting in that no features come standard on the base S trim, even the autobraking Volkswagen must install by next year.

However, S owners can upgrade to Volkswagen’s “IQ.DRIVE” package for $995, and get quite a lot of technology. This includes Travel Assist, which Volkswagen touts as providing “partially-automated hands-on driving from 0 to 95 mph.”

Drivers must keep their hands on the wheel and monitor the situation at all time, but the car will handle the steering, accelerating and braking within the lane. It also includes Emergency Assist, which notices if the driver doesn’t seem to be doing anything with the steering wheel, regardless of whether ADAS is activated. If it thinks the driver might be incapacitated, the car will gradually slow itself and stop in its lane. It also jerks the car a bit and hits the flashers before to get other motorists’ attention before doing so.

“The 2022 Volkswagen Taos: Style, performance and value for the compact SUV space”

The Volkswagen Modular Transverse Matrix architecture is shown. It’s the platform for many of Volkswagen’s current-gen models. (Provided by Volkswagen)

A 2022 Volkswagen Taos SEL with 4Motion four-wheel drive is shown. (Provided by Volkswagen)

A 2022 Volkswagen Taos SEL with 4Motion four-wheel drive is shown. An optional panoramic roof is available for the SE and SEL trims. (Provided by Volkswagen)