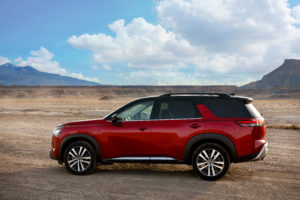 Nissan last month began production on the next-generation 2022 Pathfinder, a unibody SUV the automaker said would feature both higher strength steels and aluminum.

According to Nissan, the vehicle includes “a 50 percent increase in high strength steel.”

“However I can confirm that the doors are now made of aluminum, which saves about 46 lbs,” Kevin Raftery of Nissan SUVs, trucks and commercial vehicles communication wrote in an email Thursday. Nissan also said it expanded the door isolation area by 20 percent, a design choice which should produce a quieter ride.

The OEM said that the higher-strength steel combined with suspension upgrades for a “high quality, confident driving experience.”

“New acoustic laminated front glass” might also contribute to a more pleasant ride on the noise, vibration and harshness front. Nissan said it also installed carpet backing which was 2.5 times thicker than before and 20 percent thicker glass for the second row occupants.

Other details potentially of interest:

• LED headlights are standard and include daytime running lights. The taillights are also LED.

• Aesthetically, the 2022 Pathfinder has “powerful fender blisters,” according to Nissan. “The ‘boxed out’ liftgate returns to the boldness of the first Pathfinder, including the oversized, satin chrome PATHFINDER name,” Nissan also wrote.

• 14 colors or color combinations are possible, including five two-tone paint job options. The C-pillar can be two-tone for the first time in a Pathfinder.

“The new two-tone Scarlet Ember with Super Black Metallic combination brings a high-energy feel and is similar to the iconic bright red color of the original Pathfinder, while the new Obsidian Green Pearl is a solid dark green with a hint of pearl – if rugged outdoor adventure was a color, this would be it.” 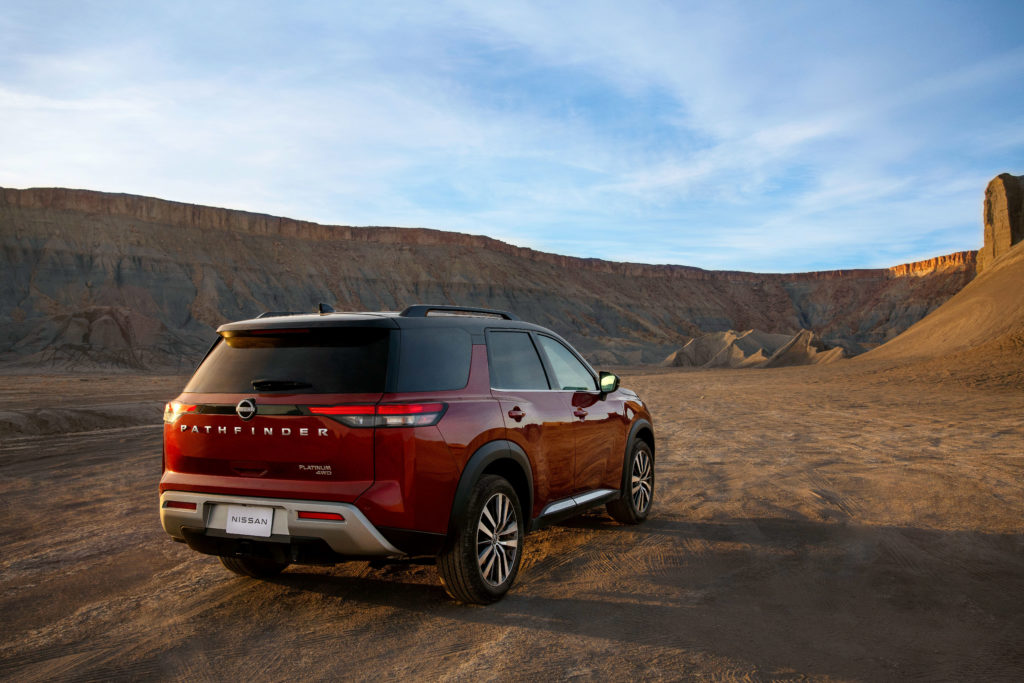 • The luggage box in the cargo area is nearly 20 liters larger than before.

• Ten airbags are standard, but there’ll be an 11th if the customer has the Platinum trim.

• A panoramic moonroof is optional.

• Second-row captain’s chairs are available for the first time on a Pathfinder. They’re accompanied by a center console which can be removed without tools.

• The SV trim — which is just one level above the base S model — includes heated mirrors and will offer the option of Nissan’s ProPILOT. The latter is Nissan’s hands-on, eyes-on active drive assist system permitting the car to steer itself and control its own speed. However, the driver must keep their hands on the wheel and supervise the driving at all times.

The top Platinum trim carries the capability for ProPILOT Assist to tie into map data and “proactively reduce speed for upcoming freeway curves or junctions and also help the driver slow for freeway exits.” 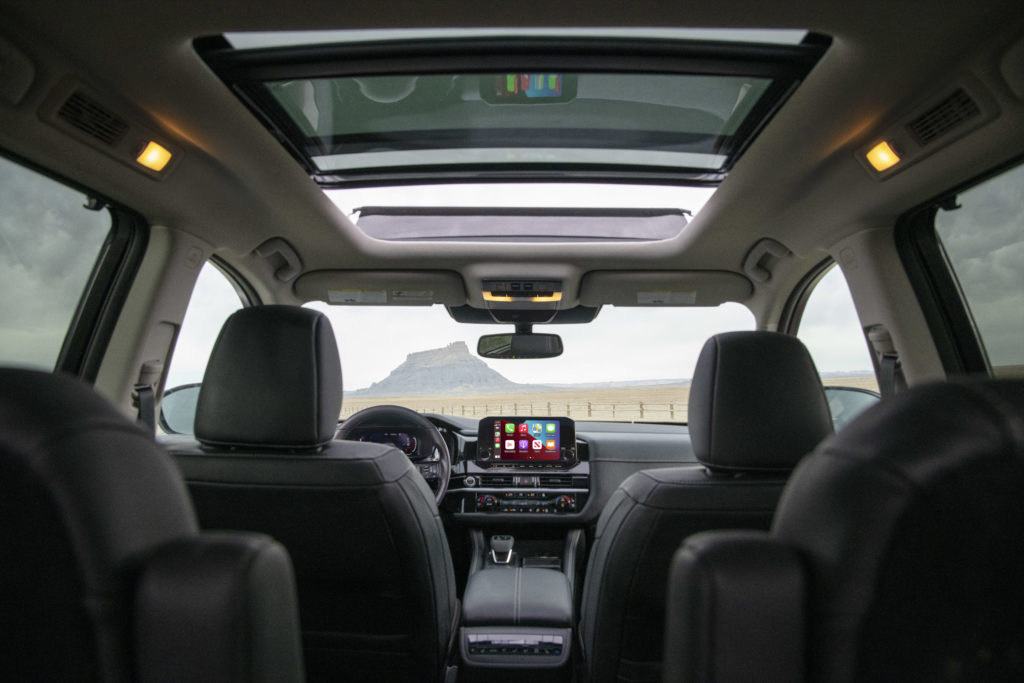 The 2022 Nissan Pathfinder offers an opportunity for a two-tone C-pillar. (Provided by Nissan)

The 2022 Nissan Pathfinder has “acoustic laminated front glass” and 20 percent thicker second-row glass, according to Nissan. A panoramic moonroof is optional. (Provided by Nissan)