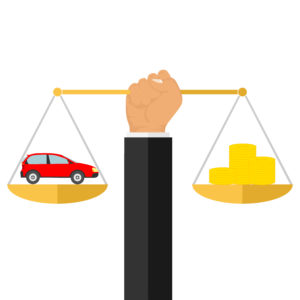 Repairers having difficulties with reimbursement of auto body shop charges might wish to direct the customer or the local adjuster or appraiser to comments from the nation’s main auto insurance trade group.

A representative for the American Property Casualty Insurance Association recently described to Rhode Island state lawmakers charges either the group specifically or the majority of insurers found acceptable.

Consumers and repairers ought to be able to play the Rhode Island House Corporations Committee hearing May 20 as proof that APCIA members or insurers in general do “pay for that.”

The hearing involved House Bills 6234, which deals with charges and markups related to paint and materials and sublet bills, and 6235, which establishes six standards related to insurer-requested used parts within a collision repair.

APCIA state government relations Vice President Frank O’Brien said his group opposed both bills. However, he acknowledged concepts within them which he said either his group or “many” insurers found palatable.

HB 6234 expands upon an existing requirement in the unfair claims practices statute General Laws 27-9.1-4. that an insurer must “compensate an auto body shop for documented charges as identified through industry-recognized software programs or systems for paint, body and refinishing materials in auto body repair claims.”

HB 6234 would rewrite this passage to state that an insurer must “compensate an auto body shop for their documented charges as identified through the most current version of automotive industry-recognized software programs or systems for paint, body and refinishing materials in auto body repair claims, including, but not limited to, programs such as Mitchell’s RMC, PMC Logic, Paint, Micromix, or a paint manufacturer’s programs. An insurer shall not discount documented charges by failing to use a system in its entirety, including an automotive industry standard markup.”

O’Brien told the lawmakers “not many” insurers were refusing materials charges today and “many other do pay them.” Those who refuse it see the items as overhead, he said.

His case against the bill mostly highlighted other aspects of the language, particularly the idea of creating an undefined notion of industry standard markup.

‘Many’ services shops sublet ‘are needed’

O’Brien said the APCIA was “even more concerned” with the final passage added to state law by HB 6234, despite agreeing with parts of it. According to HB 6234, it would be an unfair claims practice if an insurer was:

Refusing to pay an auto body repair shop for documented necessary sublet services paid out to vendors or incurred by the auto body repair shop, for specialty or unique services performed in the overall repair process, including costs and labor incurred to research, coordinate, administrate or facilitate the necessary sublet service, and an automotive industry standard markup. Examples of sublet services include, but are not limited to, towing, transportation, suspension, alignments, electronic calibrations, diagnostic work, mechanical work, and paid charges to release a vehicle.

“It includes a broad range of services, many of which we do concede are needed,” O’Brien said of the paragraph.

He focused his opposition instead on the markup discussed by the text, saying this “could make costs in Rhode Island explode.”

O’Brien attacked House Bill 6325 as a “constructive ban on the use of recycled parts.”

However, he continued “… We have no issues with the provisions of the bill which deal with the use of appropriate parts, paying for their fit, paying for them to be finished, all that sort of stuff.”

The APCIA instead opposed the “nonsensical requirements” related to part proximity “as well as the mileage requirements,” O’Brien said.

HB 6325 carries six standards for used parts. O’Brien didn’t go point by point in his oral testimony May 20, but repairers, consumers and insurers can get a sense of what items the APCIA might oppose and what they “have no issues with.”

(1) The used parts shall be at least equal in kind and quality to the OEM parts in terms of fit, quality, performance and warranty, and be from a vehicle of the same year or newer and have the same or less mileage than the vehicle receiving the used part;

(2) To the extent practical, an insurance company shall not require the use of multiple parts distributors to provide parts for a single repair and shall limit the distance of the sourced parts to
3 fifty (50) miles, and provide delivery unless agreed to by the vehicle owner;

(3) Insurers specifying the use of used parts shall make allowances for the reasonable cost of any modifications to the parts which may become necessary when making the repair, and for the cost of fitting, removing, and/or handling of used parts which do not result in the vehicle being repaired to its condition prior to the loss;

(4) If the used part specified by the insurer does not result in the vehicle being repaired to its condition prior to the loss, the insurer shall then specify the use of an OEM part;

(5) The automobile body shop shall promptly notify the appraiser if the used part specified by the insurer does not result in the vehicle being repaired to its condition prior to the the loss and permit the appraiser to reinspect the vehicle and make appropriate supplemental authorizations, if necessary; and

(6) The automobile body shop shall provide documentation of used parts, which do not meet the requirements of this section, as reasonably requested by the insurer. The insurer shall be permitted to exercise any available rights of recovery against the used parts distributor 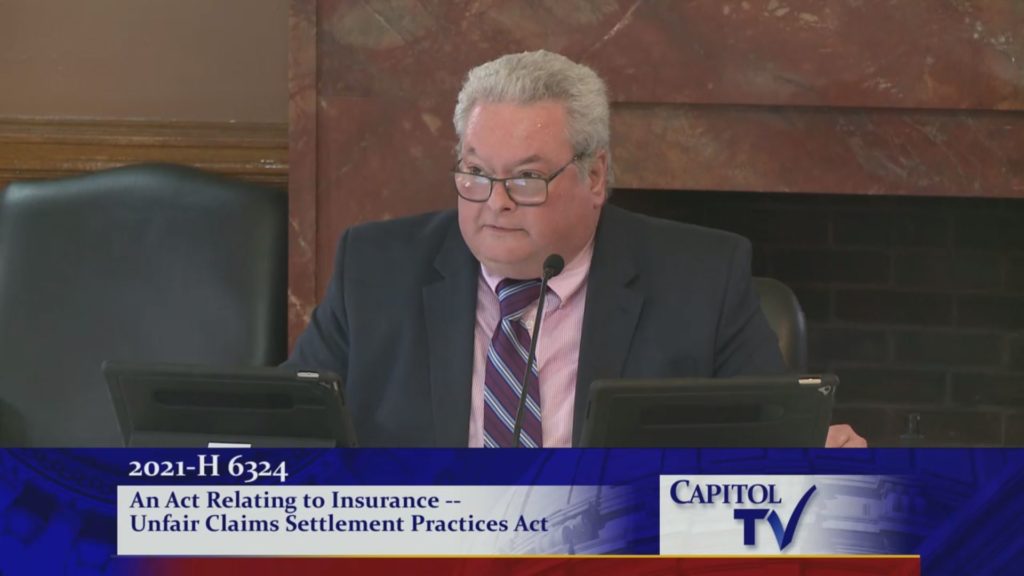 Another major auto insurance trade group opposing HB 6324 mentioned specifically they didn’t object to the bill’s new language regarding total losses. So that too might be something repairers, lawmakers and consumers can easily pursue in other states.

Rhode Island’s current unfair claims practice law 27-9.1-4 says an insurer who doesn’t want to keep a totaled car “must notify the owner of the vehicle in writing of the requirements of obtaining both a salvage title and a reconstructed title.” It implies the carrier isn’t keeping the vehicle — but it doesn’t spell out that fact.

HB 6234 would add a requirement that an insurer “obtain, in writing, the owner’s consent and acknowledgement that the insurer is not retaining the salvage and include a statement of the owner’s obligation and potential costs to dispose of or otherwise retain the salvage.”

“We have no objection to the total loss notification provisions,” National Association of Mutual Insurance Companies Northeast regional Vice President Rory Whelan told the Corporations Committee on May 20. His group opposed the other two changes made by the bill, he said.

House Corporations Committee Vice Chairman William O’Brien, D-North Providence, told the committee hearing May 20 that the new total loss language was meant to address a situation  experienced by one of his constituents.

An insurer totaled the constituent’s vehicle and “just abandoned the car at the auto body place,” he said. The car had racked up $1,000 in storage fees “the insurer was responsible for,” the lawmaker said.

“That was the main reason I sponsored this bill,” he said.