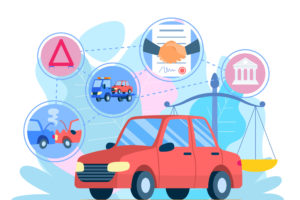 The California Autobody Association on Thursday alerted collision repairers to certain practices that might come back to haunt them.

Behavior like saving deductibles, charging certain fees and failing to secure customer authorization for changes all could lead to trouble with the Bureau of Automotive Repair — or even the criminal legal system, based on the webinar featuring CAA lobbyist Jack Molodanof.

California might spell out these issues a little more clearly and regulate automotive repair more formally than in other states, but the CAA talk might be a useful reminder to shops in other parts of the country anyway. Repairers might wish to double-check their own laws and legal precedents on these subjects.

Saving the deductible is something to tread carefully with in California, according to Molodanof (Molodanof Government Partners.)

“I know this is a common thing that some shops ask all the time,” he said.

But it’s potentially illegal — and regulated by the California Penal Code, he said.

The law says you can potentially receive fines and jail time:

You’re not completely forbidden from saving a deductible, Molodanof observed. Under California law, “you can lose as much money as you want,” Molodanof said.

But your repair can’t deviate from the insurer’s estimate “or in accordance with provided estimates that are accepted by the insurer,” based on Section 551.

We asked Molodanof if the latter referred to situations where the body shop wrote the estimate and the insurer agreed to reimburse all of it. He said yes.

“If the shop wants to waive the deductible, the shop cannot deviate from what the insurance company has accepted,” he wrote in an email.

Things to remember here include the need for a certain type size for exclusions to an offer — and perhaps to include exclusions altogether. If you offer a free rental and the customer wants a higher-end vehicle, you’d better have an exclusion somewhere in the offer, according to Molodanof.

Baiting and switching is another advertising pitfall, Molodanof said. For example, CCR 3372.1 defines misleading price advertising to include:

(d) The automotive repair dealer knows or should know that the advertised service cannot usually be performed in a good and workmanlike manner without additional parts, services or labor; provided, however, that an advertisement which clearly and conspicuously discloses that additional labor, parts or services are often needed will, to that extent, not be regarded as misleading. Any such disclosure statement shall indicate that many instances of performance of the service involve extra cost and, if the automotive dealer reasonably expects that the extra cost will be more than 25% of the advertised costs, that the extra cost may be substantial. The type size of the disclosure statement shall be at least1/2 the type size used in the advertised price and the statement shall either be shown near the price or shall be prominently footnoted through use of an asterisk or similar reference.

Molodanof said BAR representatives certainly will pore through automotive ads looking for violations. “They do that,” he said.

If the regulators think an advertised offer sounds too good to be true, they might try to take the shop up on it and see what happens.

On Friday, he linked this restriction to California Business and Professions Code 9884.9, which states that “The automotive repair dealer shall give to the customer a written estimated price for labor and parts necessary for a specific job.”

Repairers would need to build any overhead costs into their teardown labor instead, Molodanof explained Friday. (16 CCR 3353 recognizes and requires both an estimate for teardown and a second estimate for the actual repair. Both require customer authorization to execute the work.)

Miscellaneous charges and billing for shop supplies are also banned, Molodanof said Thursday. “You can’t do it.”

“Separate billing in an invoice for items generically noted as shop supplies, miscellaneous parts, fees for electronic communication with the smog check database, and the like, is prohibited,” CCR 3356 states.

Repairers can charge for supplies used on a customer’s individual vehicle, but they must be itemized, according to Molodanof.

Reasonable daily storage fees are permitted, he said. However, you can’t charge storage while you’re working on the vehicle, including during the teardown, he said.

Toxic waste fees are OK as long as they’re authorized, accompanied on the estimate with an EPA number and estimated in good faith, according to Molodanof. For example, the annual toxic waste bill divided by the number of vehicles repaired, he said.

“It can’t be a profit center,” he said. It also can’t be an arbitrary number, he said.

Repairers can’t touch a customer’s vehicle without authorization — even if the work is being done for free, according to Molodanof. Sublets must also be disclosed and approved, he said.

The concept of authorization is one of the most common BAR complaint topics, Molodanof said. Repairers might get “sloppy” and fail to seek authorization, or they view it as irrelevant because the insurer will cover that charge, he said.

It doesn’t matter. You must get authorization, Molodanof said.

Even in situations like warranty work or repairs conducted following a come-back, “you still need to get authorization,” he said.

“No diagnosis or repair, including no-charge and warranty repairs, shall commence and no charges shall accrue without specific authorization from the customer,” 16 CCR 3353.1 states. “Any estimate or revised work order provided to the customer shall be authorized by the customer or the customer’s designee in written, oral, or electronic form.”

Any estimate revisions (supplements) need customer authorization. This include changes to the method of repair, Molodanof said.

“This is a big one,” Molodanof said. These can be “traps” for shops, and it could potentially cost a repairer their license, he said.

He gave the example of writing an estimate declaring a part would be replaced only to have the shop repair it instead. Perhaps they couldn’t find the part, or the shop was busy, Molodanof suggested.

“Whatever the excuse is, you cannot change the method of repair” unless the customer signs off on it, according to Molodanof.

It’s irrelevant if the insurer is fine with the change, and it doesn’t matter if the substituted operation was done following OEM procedures, according to Molodanof. Authorization is still required.

Shops also can’t substitute a used part for the new one called for in the estimate without customer approval, he said.

Get the customer’s approval, and “you’re good to go,” he said. 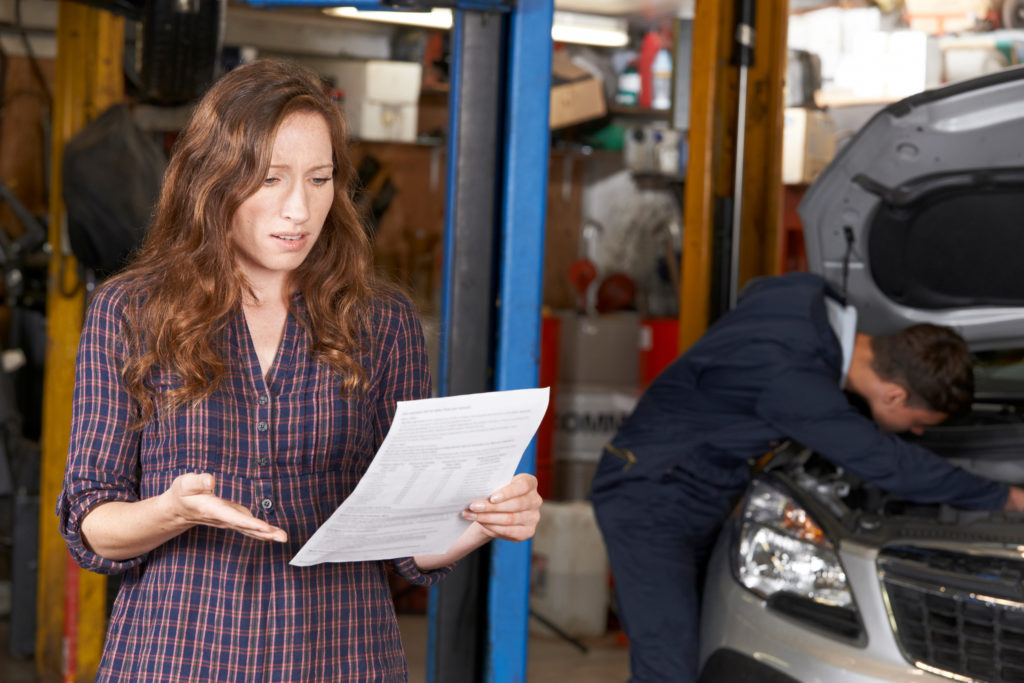 Authorization can take a variety of formats; the BAR recently modernized the law to make it easier. It can even be verbal if the repairer documents it properly, Molodanof said. (Information including date, time, phone number and authorizing party name must be collected, he said.) But the authorization must be obtained.

A discrepancy between how the actual vehicle was repaired and how the final invoice said it was fixed can be seen as fraud. The BAR could try to yank the shop’s license based on that alone. “It occurs,” Molodanof said.

For example, charges for parts that never were installed.

It’s also extremely easy to suss out — just compare the estimate to the vehicle, he said.

16 CCR 3356 states that the customer must receive a final invoice including:

(1) All services and repairs performed, including any diagnosis or warranty repairs, and the prices for each.

(2) Each part supplied, in such a manner that the customer can understand what was purchased, and the price for each described part. The description of each part shall state whether the part was new, used, reconditioned, rebuilt, an OEM crash part, or a non-OEM aftermarket crash part. Part kits containing several components may be listed as a single part on the invoice and identified by brand name and corresponding part number or similar designation.

“They take this fraud seriously,” Molodanof said. “This is what takes down shops,” he said.

Final invoices must carry all services performed and each part itemized — “and I mean each part,” even free ones, he said.

They must also accurately describe services. Molodanof said he knew of an incident where a shop declared they were detailing a vehicle, but they were only actually vacuuming it.

The final invoice must reflect all work done on the vehicle. “That’s where the fraud comes in,” Molodanof said.

Behavior like saving deductibles, charging certain fees and failing to secure customer authorization for changes all could lead to trouble with the California Bureau of Automotive Repair — or even the criminal legal system, based on a Thursday webinar featuring California Autobody Association lobbyist Jack Molodanof. (UnitoneVector/iStock)

According to the California Business and Professions Code, the customer is the “person presenting a motor vehicle for repair and authorizing the repairs to that motor vehicle.” It’s not the insurer reimbursing repairs to the vehicle. (Highwaystarz-Photography/iStock)