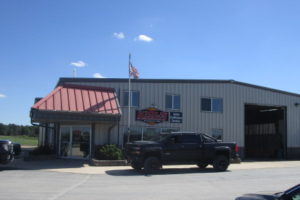 An Iowa body shop and Ford dealership on Tuesday accused a Progressive adjuster of recently tricking the dealership into disclosing the repairer’s cost price for two parts.

Progressive corporate said Thursday it would examine the matter. The Iowa adjuster said Friday he had no comment, for the allegations were untrue.

Bennett said those parts were needed after the originals were damaged during the repair, which included installing a new boxside. He called such damage inevitable under Ford’s OEM procedures. Ford declined to comment on this description of its instructions.

Weidemann told the Dubuque, Iowa-based dealership that Bennett was busy and didn’t have time to call himself but wanted Weidemann to find out the cost price for the two parts.

“I wouldn’t normally do that,” said Kennedy. He said he instructs colleagues not to disclose the cost price charged body shops. (As in other service and retail industries, this can be lower than the price the end consumer pays for the item.)

“I totally kicked one of my own rules in the a–,” Kennedy said.

“He lied to my supplier,” Bennett said. “… Him and I never talked.”

Reached Friday seeking his side of the story, Weidemann said he had discussed our inquiry with his manager. The decision was reached not to comment, for the allegations of deceit were “not true,” Weidemann said.

Progressive corporate said the insurer would look into the matter.

“We take these allegations seriously and will be investigating to see if Progressive’s claims processes were accurately followed,” spokesman Jeff Sibel wrote in an email Thursday.

After hanging up, Kennedy said he thought, “‘I just don’t feel good about this.'” He said he called Bennett and learned that Weidemann had been “completely dishonest through the whole conversation.”

“He sounded really genuine,” Kennedy said. “… He had part numbers and everything.”

Contacting a supplier and obtaining parts cost was “a big no-no,” Bennett said. He said he wanted suppliers to know “it just isn’t right.”

Asked if he had a nondisclosure agreement with the supplier, Bennett said he “never thought I had to,” describing the relationship as a “good old boy handshake thing.” He said that the dealership’s policy normally was not to disclose such information, and it only did so because it thought it was helping the shop.

Bennett said Friday he and Weidemann “had a very heated talk” following the revelation of the dealership interaction. Bennett said Weidemann did offer to reimburse the damaged parts at the cost price, viewing this as a generous gesture. Bennett said he is insisting on list price.