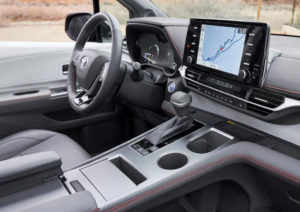 The old CRIB No. 191 bulletin language dated back to 2016. Toyota at that time called for a diagnostic check “if a vehicle has sustained damage as a result of a collision that may affect electrical systems” and said the OEM “strongly recommends” a pre- and post-repair scan.

The new CRIB No. 191 dated this month eliminates any ambiguity.

“It is necessary for repairers perform a ‘Health Check’ diagnostic scan before and after every repair if a vehicle has sustained damage as a result of a collision,” Toyota wrote in the revised bulletin. (Emphasis Toyota’s.) Look for it on the official Toyota OEM procedure website techinfo.toyota.com.

“We know when it’s required, its pretty much slam-dunk,” he said at the spring CIC. “We need to pay for it. It’s not optional. Let’s go do it.”

But if an operation is “recommended” — particularly on a lower-severity claim — “people ask a lot of questions about that stuff,” he said.

“And they’re not trying to get out of it,” Chase continued. They want to ensure the information justifying it would be “valid,” he said.

Toyota’s new “necessary” wording should therefore eliminate any doubt among insurers regarding scanning the OEM’s vehicles.

‘Damage as a result of a collision’

Which, if you think about it, might be a circular question that ends with having to scan the vehicle regardless, considering that not all Toyota DTCs trigger dash lights. So you might as well just instruct shops to perform a scan after any collision yielding damage, as Toyota has now done with the 2021 CRIB No. 191.

The new version retains the message, “Not all DTCs illuminate a MIL (Malfunction Indicator Light)” and still says Toyota scan Techstream tools and software can see all DTCs. (Emphasis Toyota’s.)

“Before using an aftermarket scan tool, check with the manufacturer to ensure that their equipment can retrieve History, Pending and Current DTCs as well as ‘Time Stamp’ their occurrence on all Toyota vehicles,” Toyota wrote in both the 2016 and 2021 CRIBs.

Featured image: The interior of a 2021 Toyota Sienna XSE. (Provided by Toyota)