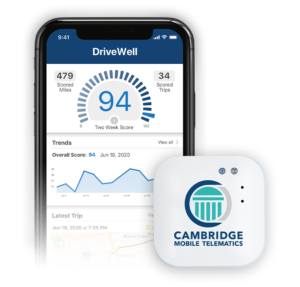 Verizon, the largest wireless carrier in the U.S., has added teen driver monitoring technologies as premium features of its Verizon Smart Family app, through a partnership with Cambridge Mobile Telematics, the world’s largest smartphone telematics provider.

The Smart Family Premium app will use CMT’s DriveWell platform, which uses onboard phone sensors to detect risky behaviors like speeding, phone distraction while driving, rapid acceleration and harsh braking. The app will also detect crashes, and send an alert to families.

“Now, parents subscribed to Smart Family Premium can see a driving score based on their teens’ last week of car trips, and a detailed individual trip view to understand where and when the risky behavior occurred. Young drivers can focus on how to improve their driving, and parents can better understand how their children behave behind the wheel,” CMT said in announcing the partnership.

A recent study by the Insurance Institute for Highway Safety (IIHS) found that such apps could cut teen driver injuries by as much as a third.

“One of the biggest worries parents have is when their children are in vehicles without a parent,” Hari Balakrishnan, CMT’s co-founder and CTO, said in a statement. “We are delighted to partner with Verizon to bring these premium safe-driving features to the Smart Family app to provide parents with peace of mind, and to help all drivers in the family improve their driving.” 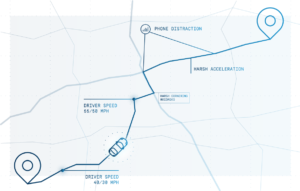 CMT said the app’s ability to notify families after a crash, and provide key details like location, will provide peace of mind to teen drivers and families alike. The driving insights provided through CMT’s technology will give young drivers an opportunity to improve their driving.

These premium features are in addition to other family safety technologies already included in the Smart Family app, including location tracking for parents, pick-me-up requests, screen time limits, and parental content filters. The Verizon app is available to Verizon’s 121.3 million customers for download on the Google Play Store and the iOS App Store, and is usable for a monthly fee.

Some automakers and software developers offer technologies that are specifically designed to help keep teen drivers safe. Some, like Ford’s MyKey and GM’s Teen Driver, are onboard suites; others, like Smart Family, Hyundai’s BlueLink and Grom Social’s MamaBear, are cellphone apps.

Smart Family Premium has the advantage of not needing to use an OEM’s telematics and connectivity, which means that it will work in any vehicle, with no installation necessary.

IIHS found that such teen-specific vehicle technologies, used in conjunction with Advanced Driver Assistance Systems (ADAS), could prevent or mitigate up to three-quarters of fatal crashes involving teen drivers. 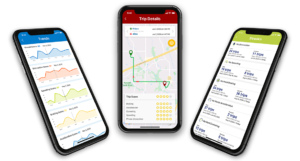 On a per-mile-driven basis, the study found, teen drivers are nearly four times as likely to crash as drivers 20 and older, and and more likely to be involved in a fatal crash than any age group except those 80 and above. Teen drivers are more prone to losing focus, and less likely to lower their speed when encountering slick roads or poor visibility.

In the study of passenger-vehicle crashes involving teen drivers that occurred on U.S. roads during 2016-19, IIHS considered the effect of ADAS features and technologies like smartphone apps separately, and found that both contributed measurably to teen driver safety.