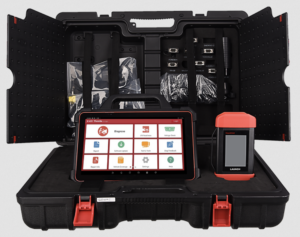 Bob Deming, the technology officer for Nylund’s Collision Center, knew something was wrong when he tried to update the software on the shop’s three-year-old Launch X-431 V+ scan tool.

Two previous updates had been downloaded directly through the unit, with software providing for a credit card transaction. This time, he was directed to go to a website or make a phone call to make the payment and receive a code for the update — and that didn’t seem right.

Instead, Deming called the tool’s manufacturer, Launch Tech USA, directly. Providing the unit’s serial number, he learned that the shop’s tool was not made for the North American region, and was not supported by the company’s U.S. distributor.

Deming said the tool had been bought by a predecessor, probably not through an authorized distributor and very likely for as little as 40 percent of the price of the correct unit. “The money was saved upfront, but [it] ultimately rendered this tool, you know, useless,” he said.

Although he could have followed through with the online update transaction, spending $500 to $600 for the update, it was a risk he did not feel comfortable taking.

Paul “PJ” Greven, product support representative for Launch Tech USA, said he gets two to five calls a day that are similar to Deming’s. In every case, the best he can do is suggest that they return the unit to the seller, if possible; otherwise, he will provide an email address for support: overseas.service@cnlaunch.com.

Launch Tech USA is the exclusive North American distributor for Launch Tech Co., Ltd., founded in China in 1992. Greven said that Launch Tech sells its products in thirteen regions, including the United States and Canada.

Far from universal, the tools are tailored to work with the specific requirements of each region.

But that will not be apparent to the shopper who Googles “Launch scan tools,” and finds products offered at attractive prices through Amazon.com or other third parties.

Launch does not sell its products through eBay or Amazon, and so ads appearing there mean only that “somebody went somewhere in the world and bought some tools.” Greven mentioned the Australian market as one place where a third party could exploit the favorable exchange rate between the Australian and U.S. dollars. 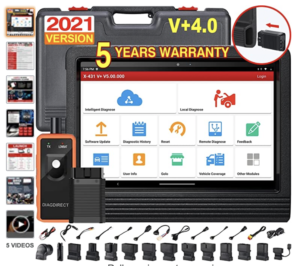 A search by Repairer Driven News on Wednesday turned up many X-431 V+ scan tools for sale online, including one on Amazon with a price of $1,199. Nowhere in that ad was there any information about which region the tool was meant for, or even that different, region-specific versions of the tool are available.

Greven said Launch Tech USA has been trying to get Amazon to stop the sale of its tools on their website, but the retail giant “refuses to change the situation. It’s been that way for six years.”

The way to be certain that a shop is buying a tool meant for the North American region is to visit www.launchtechusa.com, which lists the company’s products and where they can be purchased.

Deming said the shop used the Launch Tech tool as a secondary device, supplementing the OEM scanners that the shop employs for the “core vehicles” that make up most of its business.

Until the updating issue, he said, there had been no outward sign that there was anything wrong with the functioning of the shop’s X-431 V+ tool. “In the short time I’ve been here, I’ve used it, and it worked nice,” he said.

Still, in the end, it was no bargain.

“Who would have known that the software wasn’t Launch USA’s? Everybody [who’s shopping for a scan tool] is probably doing their homework the same way,” he said.

“The internet is full of offers to buy the Launch scan tool at a large discount. I’m sure the people buying from those sites have no idea what the future holds for support on the tool.”

An image from an ad from a seller on Amazon.com. (Screen capture via Amazon)