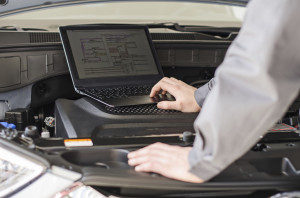 Only one in five shops that negotiated with a major insurer over time spent researching OEM repair information was reimbursed, but that number is three times higher than it was just six years ago, the most recent “Who Pays for What?” survey found.

“The percentage of shops saying they are paid for this all or most of the time has risen from 6% in 2015 to about 15% or 16% the last two years, and this year it’s at 20%,” Collision Advice CEO Mike Anderson, whose company conducts the surveys in partnership with CRASH Network, wrote in the latest quarterly “Who Pays?” report.

“I’m seeing the typical amount of total sales a single estimator can handle decline, because the estimating process continues to become more complex, including research of OEM repair information. I’m starting to see a few shops with an employee doing nothing but scanning vehicles and researching OEM repair procedures. I think it will be interesting to watch this moving forward,” Anderson wrote in his analysis.

The survey found that about 35 percent of the 605 collision repair professionals who responded never asked for payment for the work. Among those that did, 20 percent found that insurers did “always,” or “most of the time.”

The percentage of insurers who “never” pay for the research ranged from USAA, at 50.0 percent, to State Farm, at 64.9 percent.

Anderson noted that the second cost consideration in OEM research, subscription fees to OEM data, was addressed separately (read on). He added that he is seeing a trend of shops billing for their labor time based on the number of pages of OEM procedures they had to research.

Because procedures are subject to change, it is widely acknowledged in the industry that pulling OEM material for every job is a best practice in making safe and proper repairs. 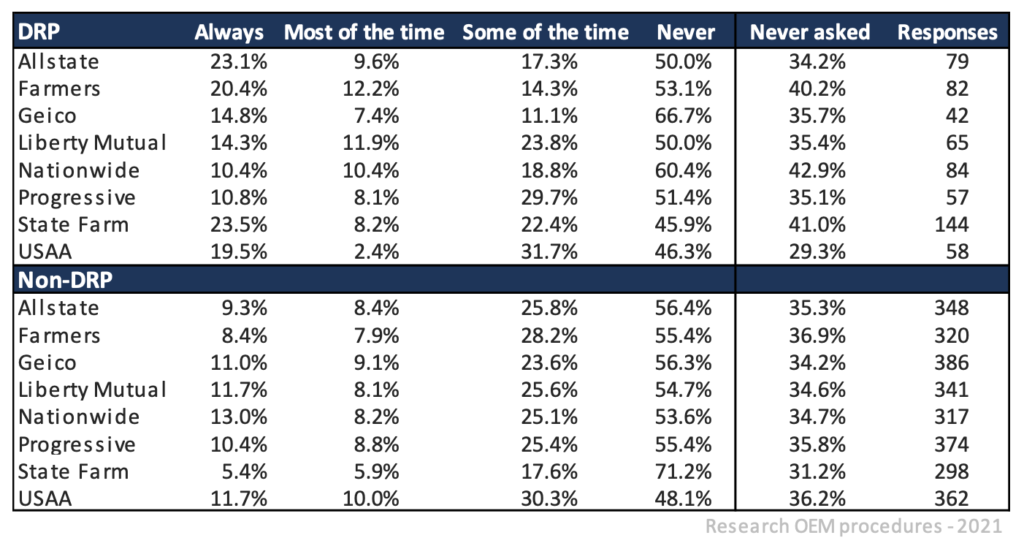 The report breaks down the data by direct repair program status with that insurer. Overall, insurers proved fairly similar in terms of likelihood of covering the bill for the work. But State Farm, Allstate and Farmers were far more likely to reimburse DRP shops than non-DRP shops for the work; conversely, Nationwide and Geico were slightly more likely to say yes to non-DRPs.

The report found some disparities by region. Shops in Alaska and Hawaii and the Mountain states were reimbursed at the highest rate, and those in New England, the Pacific Northwest, the South Central and the Southwest at the lowest.

If you’re being told you’re the “only one” asking for payment, this is valuable data to cite. All regions reported major insurers paying for the work.

The survey found that 57.7 percent of responding shops research OEM procedures all or most of the time. That’s up from 52.5 percent in 2020, but below the 60.5 percent mark set in 2018. Anderson is on record saying that the rate should be 100 percent.

How frequently do you research OEM repair procedures at the time you write an estimate?

Recent Database Enhancement Gateway exchanges found two of the three primary information providers confirming that researching OEM procedures was not included and would have to be added to an estimate manually.

“Administrative labor requiring to look up procedures, internet time, parts ordering labor and time as well as documenting files are NOT INCLUDED in database labor times,” CCC replied. “This would be a business decision that a facility would need to make as well as a on the spot evaluation how to bill out this labor as a separate labor operation or in your labor rate based on your cost involved.”

The percentage of shops that said they sometimes or almost always charge for subscription fees has risen to 53 percent this year, up from 49 percent in 2020 and 43 percent in 2019.

The five automakers that shops are most likely to have an annual OEM repair information subscription are Nissan/Infiniti (38 percent of shops), Fiat Chrysler (36 percent), Honda/Acura (34 percent), GM (30 percent) and Ford (30 percent). 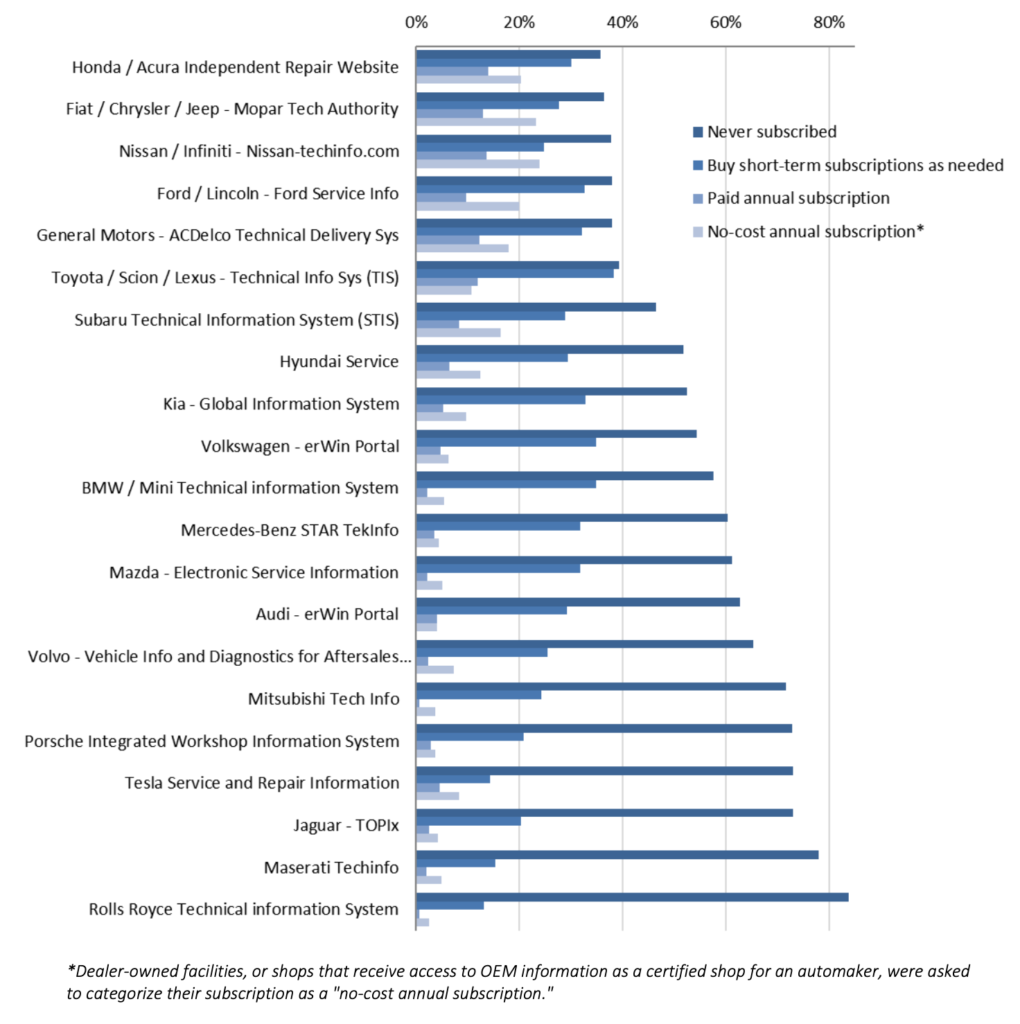 Collision Advice is an independent training and consulting firm that features some of the most respected experts in the collision repair industry. Crash Network is a subscription newsletter offering news and information.

The next “Who Pays” survey, on refinish operations, opens in January. Check back with RDN for details.

Latest “Who Pays for What” survey focuses on scanning and calibration

Tagged with: OEM reimbursement Who Pays for What