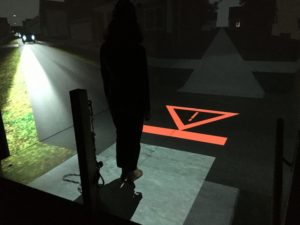 Using adaptive headlights that can draw a driver’s attention to pedestrians and bicyclists, and even communicate warnings to them, could cut down on the number of collisions and fatalities, Toyota researchers have found.

Toyota said its Collaborative Safety Research Center (CSRC) been studying ways in which adaptive headlights could be used to reverse the recent spike in pedestrian and bicyclist deaths. National Highway Traffic Safety Administration (NHTSA) has shown that more than 6,000 pedestrians are killed by vehicles each year, an increase of 46% over the past decade.

Adaptive headlights, allowed in Europe and Canada, use electronically controlled LEDs to precisely illuminate the road ahead. This technology, Toyota said, “can allow vehicles to project multiple points and colors of light in addition to the wide beam that illuminates the road for the driver.”

Their use has not been permitted in the United States, primarily because of a federal regulation that does not allow high and low beams to be illuminated at the same time, but a provision in the 2021 federal infrastructure bill calls on the transportation secretary to issue a rule allowing their use by 2023.

This provision seems to indicate that federal requirements may be developed for repair-related aiming and testing of adaptive headlight systems. The Insurance Institute for Highway Safety (IIHS) has drawn a direct line between improved headlights and a reduction in crashes.

The change promises added complexity in repairs. The Bosch intelligent headlight system, for instance, uses a camera to measure the ambient brightness and to estimate the distance from vehicles it is following, and from oncoming traffic. This data is used to control light intensity and direction.

Somewhat confusingly, the term “adaptive headlights” has also been used to refer to headlights that pivot to illuminate corners, an IIHS-promoted technology that is allowed on U.S. production cars.

Toyota’s research is in line with 2019 research by AAA that found that adaptive beam headlights (ADB) could reduce the fatality rate for both drivers and pedestrians by increasing roadway lighting by as much as 86%.

“AAA believes this technology, not presently allowed by U.S. standards, is the first real solution to providing more light for drivers at night and AAA supports changes in the law to allow ADB to be used to its full capability,” the organization said.

In developing their recent conclusions, Toyota researchers collaborated with a team at the University of Iowa to understand the factors behind car crashes involving pedestrians and bicyclists.

“A lot of times the pedestrian or bicyclist doesn’t know a car is coming up behind them,” Rini Sherony, senior principal engineer at CSRC in Ann Arbor, Michigan, said in a statement. “If both sides know what exactly is happening, it can help improve safety.”

Research has shown that at night, when more than three-quarters of all pedestrian deaths occur, pedestrians believe they’re more visible to motorists than they actually are, and don’t take the precaution of wearing more conspicuous clothing, Toyota said. 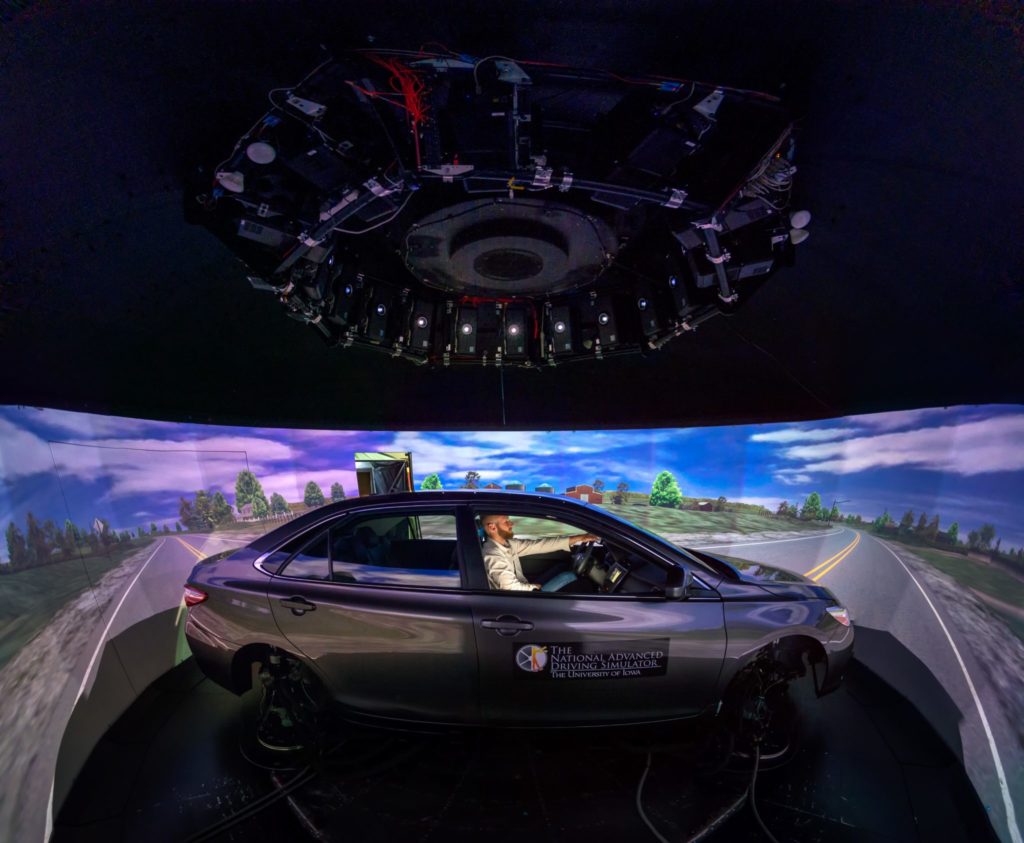 “Just as Advanced Driver Assistance Systems can use alerts or nudge steering or braking enough to help avoid a crash, adaptive headlights may be able to tipoff drivers and people along the road a few seconds sooner,” Toyota said in a press release. “That fraction of time could possibly be the difference between life and death.”

Toyota said it tried various approaches to alerting cyclists and pedestrians before finding an effective approach: a bright box projected onto the ground around the pedestrian or bicyclist, along with a red or white hazard triangle with an exclamation point inside.

The research was conducted at the University of Iowa’s National Advanced Driver Simulator (NADS), a virtual crash simulator. Some trials used drivers, and others used pedestrians or cyclists.

Volunteer subjects stood in a darkened room surrounded by video screens that simulate traffic, while researchers recorded how they reacted to different traffic situations.

“The bottom line is the simulator study showed that vehicles equipped with this kind of communicative adaptive headlights are promising and could reduce a large percentage of the pedestrian deaths under the right circumstances,” Sherony said. “Mitigation measures like adaptive headlights could be a building block along with automatic emergency braking to reverse the trend of pedestrian fatalities.”

Toyota said its adaptive headlight research ties into other projects, such as a 2020 study of how drivers and pedestrians communicate with one another.

In a further use of technology to increase roadway safety, the Toyota Research Institute announced Wednesday that successfully programmed a vehicle to autonomously drift around obstacles on a closed track. They said the achievement was a world first.

“When faced with wet or slippery roads, professional drivers may choose to ‘drift’ the car through a turn, but most of us are not professional drivers,” Jonathan Goh, TRI research scientist, said in a statement. “That’s why TRI is programming vehicles that can identify obstacles and autonomously drift around obstacles on a closed track.”

TRI said the idea behind this research is to use controlled, autonomous drifting to avoid sudden obstacles, black ice and other hazards.

“At TRI, our goal is to use advanced technologies that augment and amplify humans, not replace them,” Avinash Balachandran, senior manager of TRI’s Human Centric Driving Research, said.

“Through this project, we are expanding the region in which a car is controllable, with the goal of giving regular drivers the instinctual reflexes of a professional race car driver to be able to handle the most challenging emergencies and keep people safer on the road,” Balachandran said.

TRI said it began the research project a year ago, in collaboration with Stanford University’s Dynamic Design Lab. Experiments were conducted at Thunderhill Raceway Park in northern California, on the 2-mile West track.

The test vehicle was a Toyota Supra that had been modified for autonomous driving research. It is equipped with computer-controlled steering, throttle, clutch displacement, sequential transmission, and individual wheel braking.

The vehicle was programmed to know where the obstacles were, and where the boundaries of the pavement lay.

How the $1.2T infrastructure bill may affect the collision repair industry

Featured image: A volunteer test subject reacts to a projected warning at the NADS-1 test rig at the University of Iowa. (Provided by Toyota)

Sixteen video projectors display images of different environments on the inside walls of the NADS-1 test rig at the University of Iowa. This provides the driver with a 360-degree-horizontal, 40-degree-vertical field of view. (Provided by Toyota)

Footage shows an autonomous Toyota Supra drifting around obstacles on the track at Thunderhill Raceway Park in northern California. (Toyota, via YouTube)