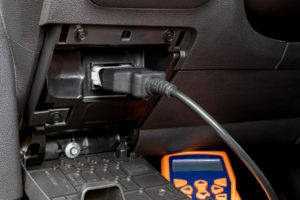 A bill that supporters say is meant to ensure that owners and independent shops will have access to necessary vehicle repair and maintenance tools and data was introduced in the U.S. House on Thursday.

In a joint press release, the organizations said that the legislation, filed by Rep. Bobby Rush, D-Ill., would require that “All tools and equipment; wireless transmission of repair and diagnostic data; and access to onboard diagnostic and telematics systems needed to repair a vehicle” be “available to the independent repair industry.”

According to the CAR Coalition, any OEM using wireless technology for the transmission of repair and diagnostic data would have to provide owners and their designees with “standardized, direct access to vehicle-generated data needed for the repair and maintenance of their vehicle via a standardized access platform” within 12 months of a final rule from the National Highway Traffic Safety Administration (NHTSA).

The legislation would prohibit “impeding a vehicle owner or a repair shop from obtaining service information, tools, or parts, including the ability for a vehicle owner to choose aftermarket parts, needed to fully maintain and repair a vehicle,” according to the CAR Coalition’s website.

There was no specific mention of requiring the proper and safe repair of vehicles, or of the use of OEM information and repair tools, which independent repair shops can currently access.

The bill would also create a “stakeholder advisory committee” to advise the Federal Trade Commission (FTC) on “how to address emerging barriers to vehicle repair and maintenance,” and allow consumers and “independent repair facilities” to file complaints with the FTC.

“From the repair shop to the board room, this effort has been fueled by the people of the aftermarket, and we couldn’t be prouder of that alignment behind this important legislation,” Paul McCarthy, president and CEO of AASA, said in a statement. “This effort supports principles of competition, consumer choice, and safety that we believe will benefit the whole automotive industry in the long run.”

The text of the bill had not yet been made available as of Friday morning.

Bill Hanvey, president and CEO of Auto Care Association, said, “The tenets of this bill are principles-based, balanced, and address concerns shared across the automotive industry.”

“The REPAIR Act will ensure consumers will have more, not fewer choices when they need a repair shop,” said Justin Rzepka, executive director of the CAR Coalition.

Consumers “will also have access to the data they need to make sure the repair is done safely. This is important, consumer-first legislation and we look forward to working with lawmakers and industry partners to pass it,” Rzepka said.

Asked by RDN to comment on the REPAIR Act, CEO John Bozzella of the Alliance of Automotive Innovators, representing nearly all of the OEMs, said, “The auto industry continues its long-standing commitment to consumer choice for vehicle repairs. And that commitment remains the gold standard for other industries, with competition thriving as the aftermarket performs 70 percent of post-warranty work on today’s vehicles.

“Our national MOU [memorandum of understanding] continues to work and ensures that all information needed to repair and diagnose a vehicle is available,” Bozzella said.

Under the MOU, vehicle manufacturers agree to meet nationally the requirements of the Massachusetts right to repair law enacted in December 2013. It guarantees owners and independent shops access to the same tools, software, and repair information available to franchised dealers.

The MOU was cited by the FTC in its “Nixing the Fix” report, released in May 2021, as having the effect of creating “a broad, if not complete, right to repair in the automotive industry across the United States.”

The commission credited the car manufacturing industry for taking “important steps to expand consumer choice,” though it criticized such manufacturer practices as restricting the availability of parts to certified OEM repair networks and the potential for automakers to use telematics to “steer the consumer.”

Efforts to draft a bill at the national level began after Massachusetts voters approved amendments to a right-to-repair law in that state in November 2020. That law, which was immediately challenged in federal court by the AAI, similarly seeks to make onboard diagnostic and telematics data accessible. A decision in the lawsuit is expected March 7.

Similar to the REPAIR Act, the Massachusetts law, as amended, requires OEMs to create an “inter-operable, standardized and open access platform across all of the manufacturer’s makes and models” to be used with all vehicles sold with telematics systems by the 2020 model year.

It also establishes a right for owners and independent shops to access standardized onboard diagnostic systems without any authorization needed by the OEM.

The provision allowing the OEMs to “secure” the data, and calling on NHTSA to act, seemingly attempts to address one of the critics’ main objections to the amended Massachusetts law.

In the Massachusetts case, AAI had warned lawmakers at the state and national level that the voter initiative would require vehicle manufacturers to redesign their vehicles in a manner that necessarily introduces cybersecurity risks.

“Proponents of the initiative not only want to receive data from a vehicle, but also want to be able to send data, including software, to uniquely designed critical vehicle systems – even while a car, or tractor trailer, is driving down the roadway,” the OEM trade group wrote to the chair of the House Energy and Commerce Committee on June 3, 2020.

“Not only does this initiative pose cybersecurity, personal safety, and privacy risks to the owner of the vehicle, but it also endangers others on the nation’s roadways,” the Alliance wrote.

Seeking to head off similar bills in other states, the Alliance urged Congress to support NHTSA’s regulatory authority, and back a five-year preemption regarding access to telematics data.

NHTSA’s failure to provide clear guidance has been cited as an issue in the Massachusetts lawsuit, with the trial judge, Douglas Woodlock, referring to the agency as a “reluctant debutante” during a conference on Wednesday.

The REPAIR bill would require the agency to work in consultation with the FTC to issue a notice of proposed rulemaking on access standards and cybersecurity within six months of enactment.

According to the CAR Coalition, the rulemaking “will also designate an independent entity to manage access to vehicle data; and require motor vehicle manufacturers and dealers to provide notice to consumers of their rights under this Act at the point of sale or lease of the vehicle. A final rule shall be issued no later than two years after the date of enactment.”