The three most recent “Quick Tips” videos released by the Society of Collision Repair Specialists since Jan. 20 contain some “must-haves” for shops to run efficiently with documentation along the way to satisfy customers and billpayers and to protect repairers.

Here’s a roundup of the tips posted on SCRS’ YouTube channel:

Mike Anderson, CEO of CollisionAdvice.com, shared with SCRS Chairman Bruce Halcro that release meetings are a “must-have” first thing in the morning at a consistent start time every day and should never be longer than 15 minutes. He said when a meeting last longer than 15 minutes it’s a “morale killer,” usually due to disorganization and a lack of preparation.

Shops should always look three days out at all the vehicles that are scheduled to be delivered or to arrive on site, Anderson said.

Everyone should be prepared for the release meetings. For example, the parts person should be able to give the status of the parts for all the vehicles scheduled to go in the next three days with the goal to be proactive rather than reactive not reactive, Anderson said.

Repairers should be mindful that the release meeting is the only time of day that the whole staff is together. Anderson compared it to a football huddle.

Any shops that aren’t having productive release meetings should evaluate whether there’s adequate preparation for the meetings and if they’re taking too long.

“A release meeting, if it’s done properly, will benefit your business and help you to be more profitable and absolutely release, or remove the amount of stress in your business,” Anderson said.

“Effective Documentation for your Repair Order”

Along with the importance of including detailed line notes in estimates, documenting the entire repair process is of the utmost importance, according to Anderson and Database Enhancement Gateway (DEG) administrator Danny Gredinberg.

Gredinberg noted that some shops also take videos as documentation.

“We stress heavily on using OEM procedures, but there are so many other resources out there available in the repair planning process,” Gredinberg said.

He said he likes to have two screens side-by-side while making repair plans so the OEM repair procedures and the EPC can be pulled up on one and the estimating system on the other to make the process “much smoother and faster.” Working that way also eliminates waiting for dealerships to provide a parts schematic, Gredinberg said.

The EPC can be used to: verify parts, access free data from some OEMs and put a VIN in to decode vehicle information. 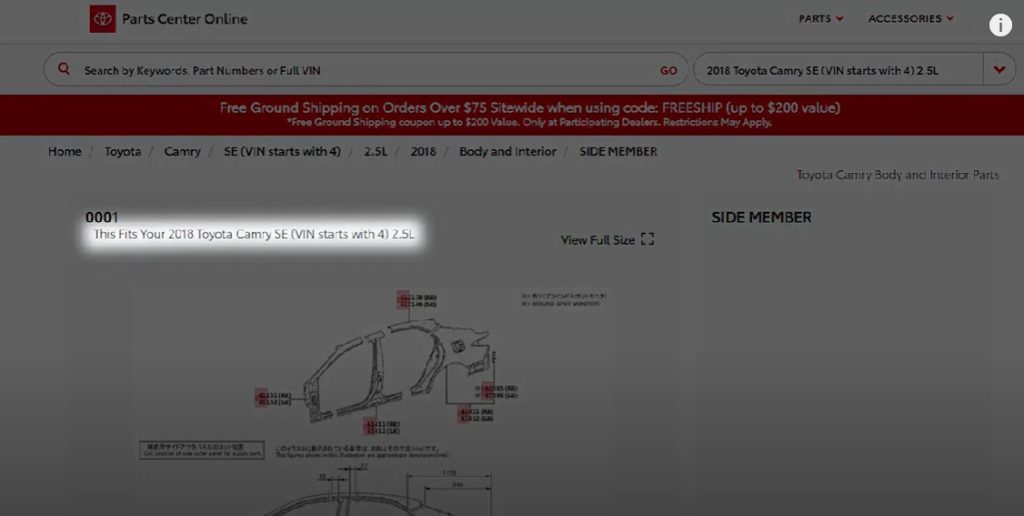 Featured image: A few of the most recent “Quick Tips” videos released by the Society of Collision Repair Specialists (SCRS) since Jan. 20. (YouTube Screenshot/SCRS)