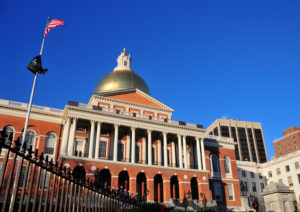 The Massachusetts Legislature is considering two proposals to amend new “right to repair” legislation by giving OEMs three additional years to comply, and to shift the responsibility for informing buyers about the telematics systems installed in their new vehicles from dealers to the manufacturers.

The two bills, H.365 and H.400, which were given a public joint House and Senate hearing on Jan. 10, would amend language approved overwhelmingly by Massachusetts voters in November 2020. Attorney General Maura Healey has said she will hold off enforcing the law until a legal challenge brought in federal court by the Alliance for Automotive Innovation, representing the OEMs, has been resolved.

A key issue in the case is whether it is possible for OEMs to comply with both federal law and the new Section 2 of the state law, which requires any OEM with a telematics system to provide an “inter-operable, standardized and open access platform across all of the manufacturer’s makes and models” independent repairers could use, beginning with the 2022 model year.

AAI has argued that the new law would require OEMs to introduce cybersecurity risks to their vehicles, and that the 2022 model year time frame makes designing, testing and implementing meaningful countermeasures impossible.

The trial in U.S. District Court for the District of Massachusetts concluded after oral arguments this past summer. Judge Douglas Woodlock recently agreed to consider new evidence in the case; his ruling is expected to come at any time.

H.365 also includes all of H.400, filed by state Rep. Steven S. Howitt of Seekonk, which would add a section to the law to require OEMs to include a disclosure notice about telematics in new vehicle owner’s manuals, beginning with the 2025 model year.

The notice, to be established by the state attorney general’s office, would include:

As approved by voters, the law puts the burden for providing the notification onto new- and used-car dealers, and requires dealers to obtain a signed certification from the buyer that they have received and read the information. Failure to comply could result in a the revocation of a dealer’s license.

A spokesperson for AAI said that the organization did not provide testimony to the committee on the proposed legislation, given the pending federal trial. The Massachusetts Attorney General’s Office said it would have no comment. Neither the AG’s office nor AAI had a representative speak at the hearing. 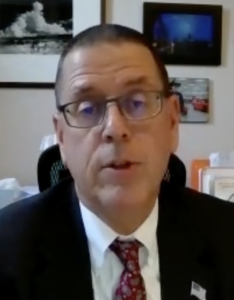 Bob O’Koniewski, the executive vice president of the Massachusetts State Auto Dealers Association, testified in favor of both bills. He pointed out that the organization had called the 2022 deadline unworkable during a 2020 legislative hearing, and argued that dealers should not be “on the hook” for providing telematics information that would be better supplied by OEMs.

“We talked about this issue back in January of ’20, at the public hearing when the initiative petition was before your committee. We said at the time that … the model year ’22 that the proponents of this law had included in their proposal was not a workable thing, that the manufacturers need several years in order to comply with the so-called two-way communication aspect of the technology that’s to be in the vehicle,” O’Koniewski said.

He said the objection to the timing “wasn’t intended to delay the law or the ability for people to access information, but as a way to get manufacturers to comply so that we can have the cars [and] trucks that we need to sell to the consumers … and that they could be in compliance.”

O’Koniewski also argued that the requirement for informing buyers about their vehicles’ telematics systems should rest with the OEMs.

“We feel that the manufacturers are the ones who are building the cars. They know what’s in the vehicles. They can put that information in the owner’s manual very easily. And the dealer should not be on the hook for losing their license, which is what the law says if the notice is not provided to the consumer.”

O’Koniewski said he believes that “right to repair” is a misnomer in this case. “When you go back in time to this whole right to repair debate, the right to repair community made this false argument that they needed a law for their people to get information to fix the cars, when there was general acknowledgement amongst the non-dealer repair community that all the information’s available,” and has been since the original right-to-repair legislation, Chapter 93J of the Massachusetts General Laws, was enacted in 2012, he said.

“What [the law’s proponets] are looking for now is this two way-communication, that everything that’s going to flow out of the vehicle should be flowing to some other independent repair [shop] or some other party that the consumer has designated.” 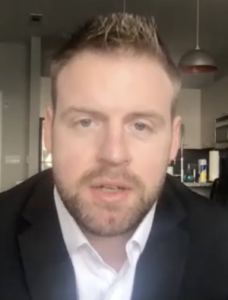 Tommy Hickey, director of the Right to Repair Coalition, spoke against both bills.

“There’s no reason why this [telematics] law cannot be implemented right now. Numerous experts, publications, et cetera, have shown the telematic capabilities that car manufacturers have, and we think that this can be done and implemented, if they if they so allow us to, tomorrow,” Hickey said.

H.400 “proposes to delay the consumer telematics notice … [without] reason or explanation,” he said.

Hickey also said that adding one more piece of paperwork to the “stack of papers” that dealers must present “seems very agreeable on our end,” since it provides consumers with important information.

“And I also want to add, too, that studies have shown one in four consumers don’t even know what telematics systems are,” he said. “So educating those folks on the information that their vehicles are collecting, and what they can do with that information, is is vital in our right to repair efforts.”

The Right to Repair Coalition also issued a public statement on the two proposed pieces of legislation.

“After spending $26 million only to be resoundingly defeated at the ballot box, the big automakers and dealers still don’t get it,” the statement, which is signed by Hickey, reads. “Massachusetts consumers have spoken, and the law now gives them the right to control their own repair data so that they can get their car fixed where they want. However, instead of listening to their customers and attempting to comply with the ballot initiative, automakers and dealers filed a baseless, anti-democratic lawsuit. Now, they are again trying to thwart the will of the voters and ‘kick the can down road’ by using the Legislature to delay the law’s deadlines. We hope and expect that the Legislature will honor the will of their constituents, who voted by a 75% majority for Right to Repair.”

Joint Committee on Consumer Protection and Professional Licensure, which is considering the bills, will accept written electronic testimony until Feb. 2. Testimony may be submitted to jointcmte-consumerprotection@malegislature.gov. Please include the bill number and “Testimony” in the subject line of the email.